Access to all Banking Exams Courses
Subscribe Now
READ ON APP
Home Uncategorized Daily GK Updates – 12th May 2015
Facebook
Twitter
Google+
Pinterest
WhatsApp
May 12, 2015
1. GST bill referred to select committee
i. The government and opposition parties agreed to refer the constitutional amendment bill on goods and service tax (GST) to a 21-member select committee of the Rajya Sabha.
ii. The committee will submit its report on the last day of the first week of Parliament’s monsoon session. 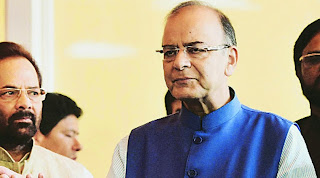 iii. The committee will be headed by Bhupendra Yadav, a Bharatiya Janata Party (BJP) MP and a party general secretary.
Members of major political parties including BJP, Shiromani Akali Dal, Congress, Bahujan Samaj Party, Samajwadi Party and Janata Dal (United) will be represented in the committee.
iv. After passing the bill in the Lok Sabha, the government has faced problems in the upper house. The government, which has 62 members in the 244-member house, needs 162 members to support the bill for its clearance.
2. Nepal earthquake, magnitude 7.3, strikes near Everest 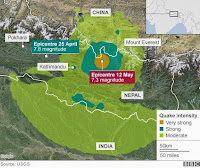 i. A major earthquake has struck eastern Nepal, near Mount Everest, two weeks after more than 8,000 died in a devastating quake.
ii. The US Geological Survey said it had a magnitude of 7.3. An earthquake on 25 April, centred in western Nepal, had a magnitude of 7.8.
iii. The tremor was also felt in northern India and Bangladesh, and was centred east of the Nepalese capital Kathmandu, in a rural area close to the Chinese border.

3. LS passes Black Money Bill with Opposition support
i. A stringent law imposing 120 per cent tax, jail term of up to 10 years and penalty on undisclosed foreign assets and income to deal with the black money menace was passed in Lok Sabha Monday by voice vote and with support from the Opposition.
ii. The Congress argued that the Undisclosed Foreign Income and Assets (Imposition of Tax) Bill, 2015, is a finance bill.

iii. However, Speaker Sumitra Mahajan agreed to Finance Minister Arun Jaitley’s argument that it is a money bill, in which case approval of the Upper House is not mandatory.
iv. Under the proposed law, there would be a short compliance window within which persons with undisclosed income abroad can come clean by paying 30 per cent tax and 30 per cent penalty. Once the window closes, anyone found having undeclared overseas wealth would be required to pay 30 per cent tax, 90 per cent penalty and face criminal prosecution. 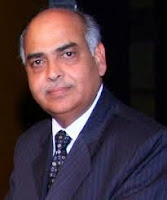 i. President Pranab Mukherjee has appointed Justice Cyriac Joseph as acting Chairman of National Human Rights Commission (NHRC).
ii. His appointment comes after then Chairman of NHRC Justice K.G. Balakrishnan completed his tenure.
iii. Presently, Justice Cyriac Joseph is member of NHRC. He hails from Kaiphuza village of Kottayam district in Kerala and was a Judge of the Supreme Court from 2008 to 2012.
iv. Justice Balakrishnan, the former Chief Justice of India, completed his tenure as the sixth and the longest serving NHRC Chairperson. During his tenure, he was instrumental in charting out several new initiatives towards promotion and protection of human rights in the country.

5. MIDC inks MoU with SIDBI to raise Rs 200-crore fund for MSMEs
i. Maharashtra Industrial Development Corporation (MIDC) has inked memorandum of understanding (MoU) with state-run Small Industries Development Bank of India (SIDBI) to provide easy finance to micro, small and medium enterprises (MSMEs) for their growth.
ii. The MoU was signed Ananta P Sarma, MD and CEO of SIDBI and MIDC CEO Bhushan Gagrani in the presence of Maharashtra Chief Minister Devendra Fadanvis in Nashik, Maharashtra.
iii. As per the MoU, both signatory parties have jointly created funds to the tune of 200 crore rupees to provide immediate finance to the MSMEs.
iv. Of the total amount, the MIDC has contributed 75 crore rupees, while SIDBI has provided the remaining 125 crore rupees. 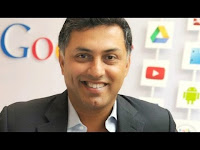 ii. As per the announcement made at the company’s earning conference, he will also be the Representative Director of SoftBank Corp.
iii. Before the present elevation, he had been the Vice Chairman of the company and the Chief Executive Officer (CEO) of SB Group US, Inc. (former SoftBank Internet and Media, Inc.) since September 2014.
iv. He succeeds Masayoshi Son, Chairman and CEO of the Softbank Corp.
v. Earlier, Arora worked in Google for 10 years and left the company as the Senior Vice President and Chief Business Officer before joining SoftBank Corp. in 2014.

7. Canara Bank launches mega CASA campaign
i.  Canara Bank has launched a mega CASA (current account, savings account) campaign in Bengaluru with the CanBank men and women with their logo colour caps flooding the nook and corners of the city to sell their products. 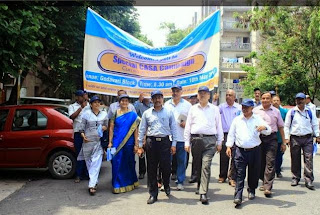 ii. Executive directors P S Rawat and Harideesh Kumar spearheaded the campaign.
iii. The entire city was divided into 16 clusters covering 173 branches. Each cluster was led by the rank of a General Manager from head office.

8. Hyderabad to host global pharma summit
i. Hyderabad will play host to a four-day global pharma expo and summit from July 23.
ii. With ‘Innovation and Advances’ as its theme, the event will deliberate on a range of issues, from pharmaceutical technology to education, indigenous drugs and drug regulatory affairs, besides serving as a platform for joint ventures and project collaboration.
iii. Renowned pharmaceutical experts will be addressing the Indo-Global Pharma Expo and Summit 2015, being organised by Indus Foundation, in association with FTAPCCI and OMICS group, according to S.B.
iv. Anumolu, president of the Foundation. More than 4,000 delegates are expected to attend the event, which will serve as a one stop stage for showcasing latest technological developments. 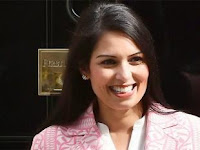 i. Indian-origin Tory MP Priti Patel has been appointed minister of state for employment in British Prime Minister David Cameron’s new cabinet.
ii. Patel, who called her new posting at the department for work and pensions “a real privilege”, won the recent elections by securing 58% of the votes from Witham.
iii. She was the exchequer secretary to the treasury from July 2014 to May 2015. The 43-year-old was first elected the MP for Witham in May 2010.