ii. The Second will read out the message
that has been hidden inside the baton marking the opening of the games. A
parade of more than 4,500 athletes from 71 Commonwealth nations and territories
will follow after the Queen’s message.
iii. Indian Contingent will lead the
parade as previous host, with Olympic silver medalist pistol shooter, Vijay
Kumar the flag-bearer of the country. The spectators will be treated to a
stunning night of entertainment from Scottish icon and best-selling music
artists of all time, Rod Stewart, former Britain’s Got Talent finalist Susan
Boyle and singer-songwriter Amy McDonald plus a few other surprises.
iv. For the first time in Games history,
the Opening Ceremony will feature a fundraiser. The CWG organisers have
partnered with UNICEF for a program called “Put Children First”.
v. Stars of sport, stage and screen
like Cricket icon Sachin Tendulkar,
footballing supremo Sir Alex Ferguson, international singing superstar Nicole Scherzinger will appear in this
unique global fundraising event. With new hopes for the game Glasgow promises
to celebrate the commonality and shared qualities of the Commonwealth – the
true spirit of unity and diversity.
2.    TCS becomes first Indian company with market value of
over Rs 5 lakh cr

i. Tata Consultancy Services has become the first Indian
company with a market capitalisation of Rs 5 lakh crore.
ii. Shares of TCS,
which hit their 52-week high on the bourses today, closed 2.21 per cent higher
at Rs 2,586.9. At the closing price, TCS’ market cap amounted to Rs 5,06,703
crore.
iii. TCS is followed by ONGC (Rs 3.5 lakh crore) and Reliance
Industries (Rs 3.3 lakh crore).
iv. Among IT companies, TCS’ market cap is more than the
combined market cap of the next four largest Indian companies — Infosys (Rs
1.90 lakh crore), Wipro (Rs 1.39 lakh crore) and HCL Tech (Rs 1.07 lakh crore)
and Tech Mahindra (Rs 45,000 crore), said Rakesh Tarway, VP and Head of Equity
and Derivative Products, Motilal Oswal Securities.
v. TCS has reported a 45 per cent jump in net profit at Rs
5,568 crore and a 22.9 per cent rise in revenue at Rs 22,111 crore for the
first quarter ended June 30, 2014.
3.    Jakarta Governor Joko Widodo won Indonesian presidential
election
i. Jakarta Governor Joko Widodo won the Indonesian
presidential elections on 22 July 2014. He won the election with 53 percent of
the vote
ii. Final result released was released by General Elections
Commission, known as the KPU, in Jakarta. The results showed that Widodo won
70997859 votes, or 53.15 per cent of the nearly 133 million valid ballots cast.
On the other hand, Subianto won 62576444 votes, or 46.85 per cent. Voter
turnout was 70.7 per cent.
iii. The election result were
released after his opponent, former general Prabowo Subianto withdrew from the
presidential election citing massive fraud which was unfair and undemocratic.
Subianto was on his third bid for the presidency.
4.
Guidelines
for setting up TReDs for MSMEs issued
i. The Reserve Bank of India has issued draft guidelines for
setting up and operating a Trade Receivables Discounting System in order to
facilitate financing to micro, small and medium enterprises (MSMEs) and to help
them convert trade receivables into liquid funds.
ii. RBI said that MSMEs, despite their
important role in the economic fabric of the country, continue to face
constraints in obtaining adequate finance, especially in terms of their ability
to convert their trade receivables into liquid funds.
iii. It said that there is a need to
address this pan-India issue through setting up of an institutional mechanism
for financing trade receivables for MSMEs.
iv. The RBI said in a release that the
scheme for setting up and operating an institutional mechanism for facilitating
the financing of trade receivables of MSMEs from corporate buyers through
multiple financiers will be known as Trade Receivables Discounting System
(TReDS).
v. As per the draft guidelines, TReDS
will facilitate the discounting of both invoices as well as bills of exchange.
vi. MSME sellers, corporate buyers
and financiers, both banks and non-bank (NBFC factors) will be direct
participants in the TReDS.
vii. It will provide the platform to
bring these participants together for facilitating uploading, accepting,
discounting, trading and settlement of the invoices/bills of MSMEs.
5.
PF account holders to soon receive
universal numbers
i. From October 15, employees will not
have to apply for transfer of their provident fund (PF) accounts while
switching jobs anywhere in India.
ii. The Employees’ Provident Fund
Organisation (EPFO) is speeding up work on universal account numbers (UANs) for
subscribers.
iii. Employees now are allotted another PF
account numbers when they switch companies. Earlier, it used to take a while to
get accounts transferred to new employers. Since EPFO switched over to online
transfers in October 2013, this takes 30 days. This will become even faster
with the UANs. Employees will merely need to update their new employee identity
numbers provided by the new employers in their UANs when switching jobs and
their accounts will be automatically shifted.
iv. Once a UAN is allotted to an
employee, he or she need not go through his or her employer to provide details
to EPFO, unlike now. “There will be no need for an individual to go
through the employer.
6.
UNICEF
goodwill envoy Tendulkar to be part of CWG opening 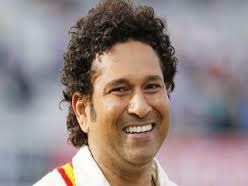 i. Global Cricket
icon Sachin Tendulkar is set to play a special part in today’s opening ceremony
of the 20th Commonwealth Games, CWG, being held at Glasgow, Scotland.
ii. Tendulkar will form part of the
ceremony in his capacity as UNICEF’s Global Goodwill Ambassador.
iii. Lord David Puttnam, UNICEF UK
Ambassador, told sources that there will be something special from Tendulkar,
but we have to wait and watch today.
iv. UNICEF has partnered with the
Glasgow CWG organisers in a first-of-its-kind initiative to spread awareness
about problems facing children all over the world.
7.    Hero MotorCop to be title sponsor of Indian Super
League
i. Hero MotoCorp, a two wheeler manufacturer, has signed a
three year deal to be the title sponsor of the Indian Super League, the initial
franchise based football league in the country.
ii. With this sponsorship, the new football league,
promoted by IMG-Reliance and Star India, would be called the `Hero Indian Super
League’.
iii. The franchise based tournament is scheduled to start on
September 19, 2014, and is based on the lines of Major League Soccer of the
United States.
iv. Synonymous with some of the marquee Indian as well as
global sports partnerships, Hero MotoCorp has for long promoted various
disciplines of sports including cricket, hockey and golf.
v. Backed by the All India Football Federation (AIFF), the
Hero Indian Super League is set to usher a new era of football in India.
Featuring eight new clubs, the League aims to promote the game of football across
India, in the newer markets and foster young local talent to take up the sport
professionally.
vi. The eight clubs participating includes Atletico de
Kolkata, Delhi Dynamos FC, NorthEast United FC, Kerala Blasters FC, Team Goa,
Team Pune, Team Mumbai and Team Bangalore.
8.
HP
selected for pilot Central programme to train heads of govt schools
i. Himachal Pradesh has been selected for a pilot project
under a Central sponsored programme to train Principals and Headmasters of
government schools.
ii. Gujarat, Tamilnadu and Rajasthan
are the other states selected for this unique programme in the country.
iii. According to Ghanshyam Chandra,
the State Project Director of the Sarv Shiksha Abhiyan this training would be
helpful in improving education quality.
iv. The programme has been prepared
by the National University of Education, Planning and administration (NUEPA).
v. A ten day workshop has been
organised in Kullu town under this unique national programme.
9.
CMSA
scheme launched in Meghalaya for widows and pensioners
i. In Meghalaya, Chief Minister, Dr Mukul Sangma launched a
Mass Enrolment drive under the Chief Minister’s Social Assistance (CMSA) Scheme
for widows and persons with disabilities at Patharkhmah in Ri Bhoi District.
ii. Under the scheme, financial
assistance of Rs 500 per month will be given to each beneficiary.
iii. There is no age bar for persons
with disabilities, but for widow, she has to be 58 years of age, and a man 60
years old.
iv. He also said that the State
Government is set to ensure that the economy of the people living in rural
areas is uplifted by providing livelihood opportunities in different sectors
particularly in Agriculture and Tourism.