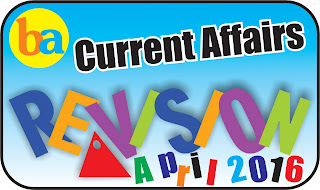 1. Name the British entertainer, who was best known for BBC comedy sketch show died at the age of 85.
2. Who won the ICC Cricket World T20 Men’s Cup 2016?

3. International Day of Mine Awareness and Assistance in Mine Action was observed on?

4.India with which country inked five agreements to boost the bilateral cooperation between the two nations?

5. Who sworn in as President of Vietnam recently?

8. Who was sworn-in as Kosovo’s President?

9. Who was appointed as the Vietnam’s Prime Minister?