Skip to content
16th May marked 1 year since Narendra Modi was sworn in as the 14th Prime Minister of India. The National Democratic Alliance (NDA) took charge on 26 May and formed India’s strongest government after almost thirty years. Led by Modi, the BJP itself managed to win 282 seats out of 543 seats of the Lok Sabha. For a simple majority merely 272 seats were required. The overwhelming performance of the NDA gushed confidence into PM Modi. 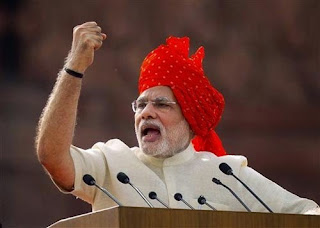 Narendra Modi’s campaigns gave an impression that he could just wave a magic wand and sort of issues prevailing in the country. It seemed as though he would be able to control inflation, price hike, boost GDP, eradicate poverty and push away terrorism in a flash. But on the practical side, all of it is not possible at  one go.
Simply getting a clear mandate is not enough for one to prove themselves. The true test lies in governance that would eventually win confidence of the people.
Be it for the good or bad, Modi’s government has initiated trends that break the traditional way of the previous government. The Prime Minister has set out to restore the institutional balance of power.
Arguably 100 days is not enough to assess anyone, let alone a government that has to deal with 1.25 billion people.
But just for the record, we are compiling separate lists of issues on which Narendra Modi and his government have been appreciated and criticized:
1. There was a time when it was not usual to see government officials coming to their offices on time. But now, within a span of 100 days, times have changed. Peons, bureaucrats and ministers have to reach office by 9:30 am – No exceptions. 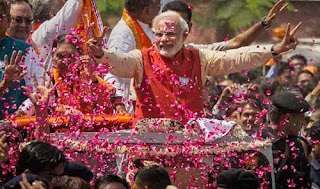 To cap it all, Union Ministers give surprise visits to their officers. Punctuality is rewarded and lethargy is reprimanded. Ministers politely ask late comers to rest at home.
2. Throughout Narendra Modi’s election campaigns, he spoke about ‘minimum government’ and ‘maximum governance’. Keeping to his words, the Prime Minister has had 17 departments and ministries clubbed into seven categories to ensure smoother execution of work. More administrative restructuring is in process. This will also ensure speedy decision making.
3. The stark difference in the functioning of Manmohan and Modi’s government is clear. Many projects that had been stalled by have now been cleared. UPA government had set up 62 GOMs and EGOMs. But Modi has had them all removed. For quick clearance of legal cases, National Data Litigation Grid has been set up.
4. Narendra Modi had ridiculed Rahul Gandhi’s concept of having 1.25 billion watchdogs in the country to ensure accountability. He has given stern emphasis to accountability. Ministers in the PMO know that they are being closely observed. Modi burns the midnight oil everyday for the country, thus he expects his comrades to follow suit. 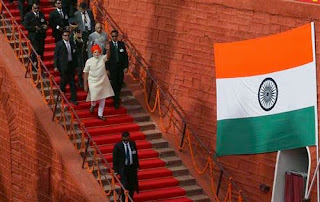 5. Veteran leaders like L K Advani and Murli Manohar Joshi have been sidelined. In contrasts to Congress that yet clings on to the Gandhi family and seems vulnerable with them, Narendra Modi has taken a courageous step by making way for other leaders to prove their worth. Advani and Joshi have been dropped from the Parliamentary board too. Instead Modi has handed over the Party’s baton to his closest aide Amit Shah, ho is now the President of the BJP.
6. Narendra Modi’s greatest gift is his art of oratory. Moreover he knows how to use it, when to use it and where to use it.
While the NDA government was being severely criticized for price hike, CSAT issue, etc, Modi mesmerized the nation from the Ramparts of the Red Fort on Independence Day. He spoke about sanitation, women empowerment, and unity of SAARC nations. He reached out to the world to ‘make in India’ and use India’s skill and resources. He spoke fine words on communal harmony and peace. Once again, he won millions of hearts. 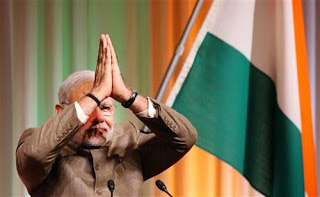 7. This Budget Session has proved to be most productive during the last decade with the Lok Sabha working 117 percent of the scheduled working hours and the Rajya Sabha reported a productivity of 101 percent. The government failed to ensure passage of the controversial Land Acquisition Bill as also key reform measure of GST amid stiff resistance from opposition.
Key Bills Passed by Parliament during the Budget Session (February 23- May 13, 2015)
The Companies (Amendment) Bill, 2014: The Bill introduces certain amendments in relation to Related Party Transactions, fraud reporting by auditors, making common seal optional, and jurisdiction of special courts to try certain offences etc.
The Black Money Bill/Undisclosed Foreign Income and Assets ( Imposition of Tax) Bill, 2015: It penalizes the concealment of foreign income, and provides for criminal liability for attempting to evade tax in relation to foreign income.
The Coal Mines (Special Provisions) Bill, 2015: Lays out the procedure for auction of coal blocks that were cancelled by the Supreme Court in September 2014 and enables private companies to mine coal.
The Mines and Minerals (Development and Regulation) Amendment Bill, 2015: Allows auction as a method for granting mining leases for both bulk minerals and notified minerals. Also extends mining leases from 30 years to 50 years.
The Insurance Laws (Amendment) Bill, 2015: Raises the limit of foreign holdings to 49% in an Indian insurance company and allows entry of foreign reinsurers (companies that insure insurance companies). 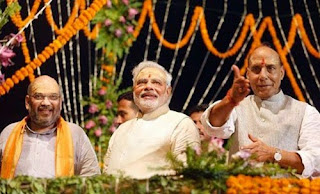 8. Modi’s foreign policies have found approval too. He invited all the neighboring leaders to his swearing- in ceremony, including Pakistan’s Prime Minister Nawab Sharif.
The following international trips were made by Narendra Modi during 2014-15:
9. There has been higher visibility of growth as the Indian economy registered a GDP growth of 5.7 per cent in the April-June quarter of 2014-15. The Indian economy registered its highest growth in nine quarters this financial year.
10. Indian markets have witnessed their best period in the past 100 days after the NDA government took charge on 26 May, 2014. Both the Sensex and the Nifty have managed to hit fresh record highs almost on a daily basis. The S&P BSE Sensex has rallied nearly 9 per cent since the time Modi government came to power. The S&P BSE Sensex has been the best performing market among the major global markets, up over 27 per cent so far in the year 2014, supported by strong global liquidity and expectation of pro-growth reforms from the newly-elected Modi government. According to experts, one thing which stands out since NDA took over the charge is the fact that business confidence is back. 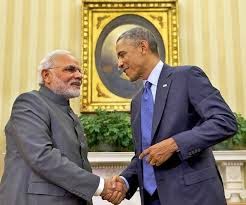 Modi government has been criticized for following reasons:
1. Talking about policies, the Congress accuses the government of simply following up UPA’s policies. To a certain extend, it does seem like giving old things in new packages. The BJP was against FDI while they were in Opposition. They held protests and disrupted the Parliament session against UPA’s proposal. But of late they have taken a complete u-turn by inviting FDI in railways, defense and insurance. Similarly the UPA government had launched a subsidy scheme on the basis on Aadhar card. Through this it was mandatory to open bank accounts. The NDA government has apparently taken out a new version of the Aadhar Card in the form of Jan Dhan Yojna.
2. The BJP has been criticized for practicing politics of vendetta. They made it clear from the very beginning that they wanted all the governors appointed by the UPA government to be replaced with their own people. The government sacked Kamla Beniwal aged 87. She was the governor of Gujarat who shared hostile relationship with Narendra Modi while he was the Chief Minister of the State. They first had her transferred to Mirzoram for a couple of days before transferring her. 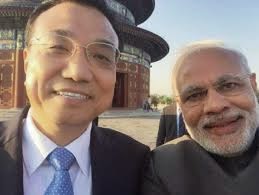 3. Despite disapproval of the Supreme Court, and continuous demands of the Congress, the government adamantly refused to grant the Congress position of Leader of Opposition.
Lok Sabha Speaker Sumitra Mahajan said that she was merely following the constitution. The Supreme Court expressed concern over appointment of Lokpal that required the presence of LoP. NDA government decided to provide Z-plus security to Muzaffarnagar riots accused Sangeet Som. His case is pending in the High Court. This move not just drew sharp criticisms but it also raises questions on BJP apparent move to promote polarized politics. Modi – led government also appointed Uttar Pradesh’s controversial figure Yogi Adityanath, MP of Gorakhpur, to lead campaign in Uttar Pradesh by-polls. Yogi Adityanath is the one who raked the ‘Love Jihad’ issue, which spread communal hatred between two communities.
4. Though Narendra Modi tried to establish peace and harmony between India and Pakistan by inviting Sharif to his swearing- in ceremony, he failed to maintain diplomatic relations with the country. The Pakistan army has been violating ceasefire continuously after Modi government took charge, but the government failed to take necessary steps against it. On the Pakistan envoy’s meet with Kashmir separatists, India called off the Secretary level meeting but could not bar Pakistan from talking to separatists through diplomatic pressure. 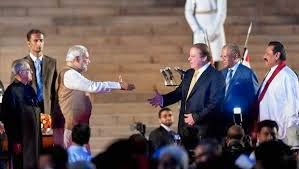 Given the challenges, he’s done remarkably well. But it’s just the start!!!