A finance commission is set up every
five years by the President under Article 280 of the Constitution. Finance
Commission of India came into existence in 1951.

It was formed to define the financial
relations between the centre and the state. These recommendations cover a
period of five years.
The commission also lays down rules by
which the centre should provide grants-in-aid to states out of the Consolidated
Fund of India. It is also required to suggest measures to augment the resources
of states and ways to supplement the resources of panchayats and
municipalities.
Composition of the Fourteenth Finance
Commission:
The
Fourteenth Finance Commission has been set up under the Chairmanship of Dr.
Y.V.Reddy [Former Governor Reserve Bank of India].
Other Members of the Commission are:
i. Ms. Sushma Nath [ Former Union
Finance Secretary ],
ii. Dr. M.Govinda Rao [ Director,
National Institute for Public Finance and Policy, New Delhi ),
iii. Dr. Sudipto Mundle, Former
Acting Chairman, National Statistical Commission.
iv. Prof Abhijit Sen (Member,
Planning Commission) is the part-time Member of the Fourteenth Finance
v. Commission.  Shri Shri
Ajay Narayan Jha is the Secretary, Fourteenth Finance Commission.
Qualifications of the members: The Chairman of the Finance Commission is selected among
people who have had the experience of public affairs. The other four other
members are selected from people who:
1. Are, or have been, or are qualified,
as judges of High Court, or
2. Have knowledge of Government finances
or accounts, or
3. Have had experience in administration
and financial expertise; or
4. Have special knowledge of economics
Procedure and Powers of the Commission: The Commission has the power determine their own
procedure and:
1.
Has all powers of the
civil court as per the Court of Civil Procedure, 1908.
2. Can summon and enforce the
attendance of any witness or ask any person to deliver information or produce a
document, which it deems relevant.
3.
Can ask for the
production of any public record or document from any court or office.
4. Shall be deemed to be a civil court
for purposes of Sections 480 and 482 of the Code of Criminal Procedure, 1898

Tenure of the 14th Finance Commission: The Finance Commission is required to give its report by 31st October,
2014. Its recommendations will cover the five year period commencing from 1st
April, 2015.
Note: The First
Finance Commission was constituted vide Presidential Order dated 22.11.1951
under the chairmanship of Shri K.C. Neogy on 6th April, 1952. 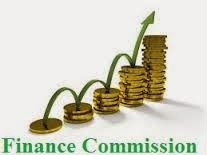