Access to all Banking Exams Courses
Subscribe Now
READ ON APP
Home Uncategorized Banking Concepts – FDI in retail
Facebook
Twitter
Google+
Pinterest
WhatsApp
July 8, 2014
So now when Carrefour ,the French retail giant is planning to exit all the retail businesses in India and only Tesco(UK setup) is planning to invest in India the question that looms largely over India is, Is this the right strategy of Modi regime to discourage FDI in retail ?

FDI as a boon to India:

This is an open debate for one and all to discuss pro and cons of FDI according to you and till what extent our govt. is by not being in favour of FDI in retail. 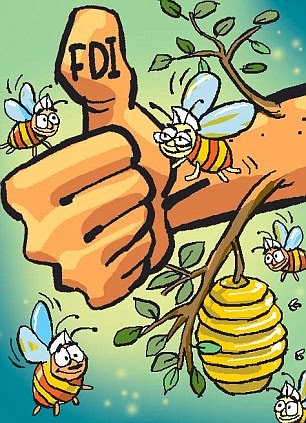