First of all I would like to thank the entire team of Bankersadda for my success. From the bottom of my heart I bless you people as it is only with the help of your G. K. Capsules that I have been able to clear all my written exams.

Results came on 1st april and now everyone is almost done with their success story, but I was not well for some time and then was busy with my sbi asso. clerk interview so today I have come up with my success story.

I have done my entire schooling from kota . I did my graduation from jai narain vyas university , jodhpur . I lost my mother when I was 6 yrs old . Since then I have been sympathized by almost everyone around that how is she going to grow up without mother. I have been brought up my grandparents and my father . my father works in sbi so he didn’t have that much time but my grandparents took complete care of my studies , my lunch , my school . I was their world . but unfortunately due to the circumstances at home my grandma went into severe depression and after being on bed rest for 5 yrs , we lost her in 2008 . Then after 4 years, in 2012 , my grandfather also left us . I was very attached to him .My grandfather was a retired railway superintendent .He never used to treat me like a granddaughter , or even a daughter , He treated me like his son . He used to say that- complete ur c.a course , I will accompany u , wherever u get ur job .even at the age of 77 , he used to say that . Whatever I am today it is because of my grandparents and my father . Hard – work, sincerity , dedication, honesty and independence, specifically financial independence , these are the values give to me by my grandfather.
After my grandfathers I shifted to Jodhpur .Things were not easy , I was emotionally shattered . I had responsibilities at home. My internship was going on , I was tortured at office because my boss was a total money minded man who treated his articles not as trainees, instead free of cost employees.
I completed my graduation in may 2014 . at the same time vaccacncy for sbi clerk was out . But I had to complete my c.a final classes as well . I had a very busy schedule . I used to skip my meals, sleep for very short duration since both banking and c.a final studies were going together .The only thing which kept me going was my my determination for success and financial independence. Finally on 1st april all this came to an end when I was allotted central bank under ibps.
But the journey is not over yet . My aimbition is not to work my entire life as a clerk but I want to reach the highest position in banking channe which I can . Atleast the level of an AGM. Though initially my family had a mindset that I should not take promotions as then I will have to move from one place to another every 3 yrs , but I aspire for position and success. I had always been a determined child . Once I am sure that the thing I am fighting for is right nobody can stop me from achieving that. 🙂
A message to all the girls reading this:
No matter you are a technically qualified engineer or a simple B. Com graduate, no matter your father is a rich business man or holds a good position in an MNC, don’t just restrict yourself to be a good daughter, good wife or a good mother. Certainly being a good daughter or wife or mother is an achievement in itself but apart from that u need to follow your own , dreams and ambitions and most important have your financial independence and identity. Don’t depend on anybody for your financial needs, not even your family.
No matter how many restrictions you have to face, never ever kill your ambitions and dreams. Just because you are a female , that doesn’t mean you have got a licence to die with regrets. You have been given just one life . Live it ur own way .Struggles , tough times are a part of life, they help you become a better human being .Even if people criticize you or sympathize you, don’t pay attention .
BE YOUR HERO, NOT YOUR VICTIM 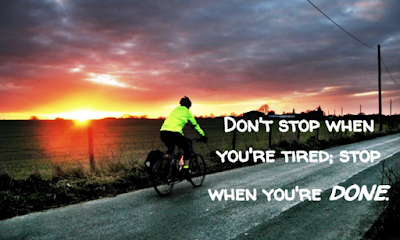 All the Best Lavina 🙂