Who is he?
Mr. Rangarajan is a noted economist,
and resigned recently from the post of the chairman of Prime minister’s
economic advisory council (PMEAC).


Why the committee was constituted-
The Planning Commission in May 2012 had
constituted the expert group to review the Tendulkar Committee methodology for
estimating poverty, following uproar over the number of poor in the country.

The changes proposed by the
Rangarajan panels are as follows- 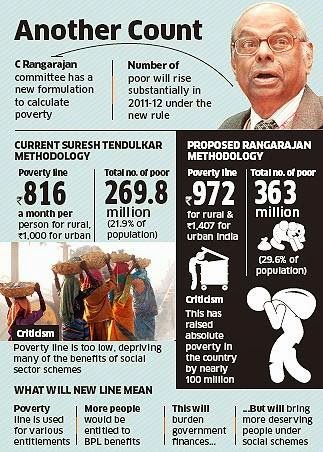 What will be the effects of the Rangarajan committee proposals on the
economy?

For more Banking related articles, click on the links given below: