Shashi Kapoor has been conferred with prestigious Dada Saheb Phalke Award 2014
i. The award was bestowed upon him by Union Information and Broadcasting Minister Arun Jaitley at a special function held in Prithvi Theatre in Mumbai, Maharashtra.
ii. He is the 46th film personality to receive this honour and third member of his illustrious family after father Prithviraj Kapoor (1972- Posthumously) and elder brother Raj Kapoor (1987). 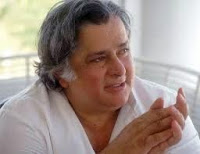 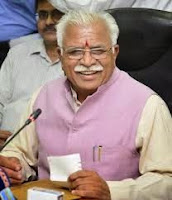 Navneet Rajan Wasan appointed as DG of Police Research & Development Bureau
i. The post of Director General (DG) of Bureau of Police Research and Development had been lying vacant since March 2015 following the retirement of Rajan Gupta.
ii. Presently, Wasan is working as Special Director General in the National Investigation Agency (NIA). He is a 1980-batch IPS officer of the Andhra Pradesh cadre.
Other Appointment- Indian Postal Service (IPoS) officer Sheuli Burman was appointed as the Chief Vigilance Officer (CVO) in the Indian Telephone Industries (ITI), Bangalore.
Book titled Unbelievable – Delhi to Islamabad written by Prof Bhim Singh released
i. Book titled Unbelievable – Delhi to Islamabad authored by senior Advocate Prof. Bhim Singh was released on 8 May 2015 by Vice President M Hamid Ansari in New Delhi.
ii. The book, a travelogue is an effort initiated by the lawyers of India and Pakistan to work jointly to ensure that Pakistani prisoners languishing in Indian jails are treated in accordance with the spirit of the Constitution of India. Similarly, the same treatment should be mended for the Indian prisoners on Pakistan and they should be given fair trials. 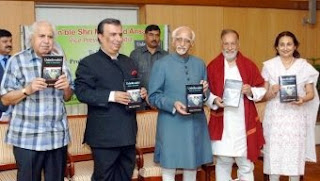