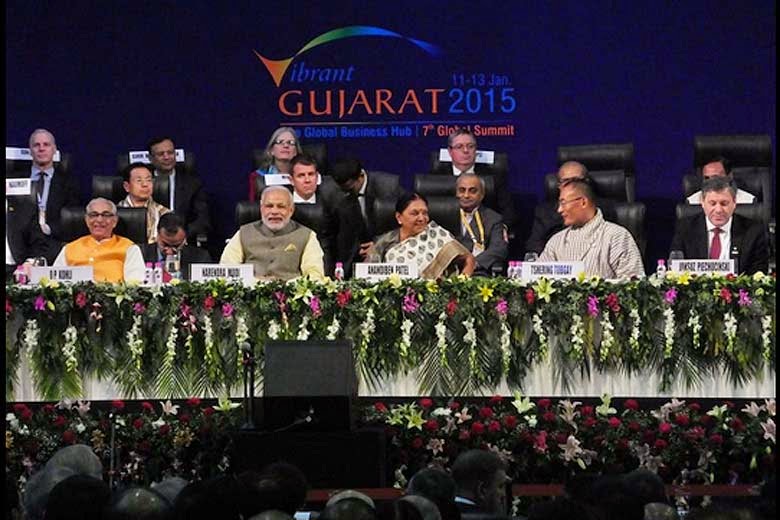 ii. he said a single window clearance for projects is being set up at both central and state level.
iii. According to the Organisation for Economic Co-operation and Development (OECD), India would be the only country among world’s top economies which would increase its pace of growth this year.
iv. Recent initiatives towards a favourable enviornment is –
FDI in construction has been liberalised, 100 per cent foreign investment has been allowed in railways, the defence sector has been opened for FDI up to 49 per cent and a similar level in the insurance sector.

2. Investers Boom in Gujrat
i. Reliance will invest Rs.1,00,000 crore in Gujarat across its businesses, including the Gujarat petrochemical complex, in the next 18 months.

ii. As part of the investment programme, RIL will partner with thousands of small businesses and Gujarati entrepreneurs to create virtuous cycle of prosperity, Mr. Ambani said.
iii. Kumarmangalam Birla said the diversified Aditya Birla Group will invest Rs. 20,000 crore over a period of time in the state to ramp up capacities across various existing facilities.
iv. On the anvil are brownfield expansions at our cement plant in Sevagram, the VSF plants in Vilayat and Bharuch, and along with that, expansion in metal plants (among others) here.

3. World Bank projects 6.4% economic growth in India in 2015
i. World Bank President Jim Yong Kim said that the Indian economy is likely to grow at 6.4 per cent in 2015 and accelerate further in the next year.

ii. After slowing to sub-five per cent growth in the previous two financial years, the economy has started showing signs of pick-up as it expanded by 5.7 per cent and 5.3 per cent in the second and third quarter of 2015.
iii. Mr. Jim said, he was “very encouraged” by the recent proposal of a Constitution amendment bill for Goods and Services Tax.
iv. GST will create one common market and substantial saving for companies on logistics, especially if the structure of the GST is uniform. 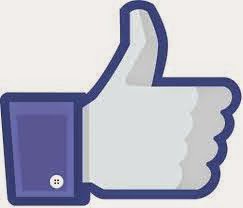 4. Facebook is the leader of social media
i. The findings of a survey by a US-based global think tank Pew Research Centre that involved 1,597 internet users revealed that 71 per cent of US adults were hooked to Facebook in 2014.
ii. The figure up significantly from 63 percent in 2013, Forbes magazine reported.
iii. For micro-blogging site Twitter, the percentage of users logging in daily decreased from 46 percent in 2013 to 36 percent last year.

5. SunEdison inks pact with Omnigrid
i. SunEdison and Omnigrid Micropower Company (OMC), which is engaged in building small-scale power plants with renewable sources have entered into an agreement to develop 5,000 rural projects, representing 250 MW of electricity, throughout India over the next three to five years.
ii. SunEdison and OMC have an offering that can help telecommunication organisations meet their regulatory requirements and provide energy to local communities.
iii. SunEdison is currently building 60 mini grids across India – this initiative will further accelerate our efforts towards the Prime Minister’s Energy Vision of making electricity available 24 hours a day, 365 days a year.

ii. The 17-time major winner broke Raonic’s serve in the third game and again in the opening game of the second set before Raonic broke back for 2-2 and then dominated the tiebreaker.
iii. Only retired greats Jimmy Connors (1,253) and Ivan Lendl (1,071) have won more than 1,000 matches on the men’s tour.