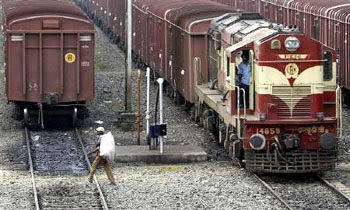 ii. The investment would be done in bonds issued by various railway entities such Indian Railways Finance Corporation (IRFC), beginning next fiscal.
iii.  Indian Railways are one of the largest railway networks in the world.
2. Obama names David Hale as ambassador to Pak
i. U.S. President Barack Obama has nominated veteran diplomat David Hale as the next ambassador to Pakistan.

ii. Mr. Hale previously served as the Special Envoy for Middle East Peace from 2011 to 2013, and as Deputy Special Envoy for Middle East Peace from 2009 to 2011.
iii. Hale has also served as Director of the Office of Israel and Palestinian Affairs, Executive Assistant to the Secretary of State, and in other positions overseas in Bahrain, Lebanon, and Saudi Arabia.
3. Manmohan summoned in coal scam case
i. A Delhi court on Wednesday summoned former Prime Minister Manmohan Singh, former Coal Secretary P.C. Parakh and industrialist Kumar Mangalam Birla and others as accused in a coal block allocation scam case.
ii. The CBI had sought closure of the case, in which Mr. Birla, former Coal Secretary P.C. Parakh and others were named as accused.
iii.  Dr. Singh held the charge of the Coal Ministry for almost five years from the time the United Progressive Alliance came to power in 2004.
4. SBI sells 4% stake in Cibil to IIFL for around Rs 72 crore
i. State Bank of India has sold 4 per cent stake in the largest credit information company Credit Information Bureau India Ltd (Cibil) for an estimated Rs 72 crore.
ii. Cibil is the largest and the oldest credit bureau in the country having entered the market in 2000.

iii. It claims to enjoy almost 90 per cent of the credit information market in India which has three other players – Experian, Equifax and HighMark.
iv. IIFL India Alternatives is a leading mid-growth PE fund, founded by Shivani Bhasin Sachdeva and sponsored by IIFL Private Wealth.
5. Gadkari launches portal to help source cement for concrete roads
i. In line with the plan to construct cement concrete highways, instead of bitumen ones, Union Road Transport and Highways Minister Nitin Gadkari on Tuesday launched a web portal , www.inampro.nic.in. 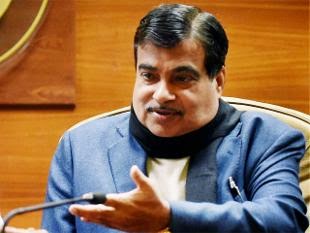 ii. INAM-PRO, which stands for platform for infrastructure and materials providers, will monitor the supply of cement and hasten the process of orders by prospective users and agencies with the respective cement manufacturers.
iii. As of now, 36 participating cement manufacturers will quote rates from 103 factories across India, along with the cement stock available, on the web portal.
iv. The procurer/road developer can view the asking price as well as the closest factory price.
6. First Kisan Call Centre of North-East opened in Agartala, Tripura
i. First Kisan Call Centre (KCC) of North-East was opened in Agartala, Tripura. The KCC was launched by the Tripura Chief Minister Manik Sarkar.
ii. KCC was financed by the Tripura government. It will be run by a private enterprise with experts of agriculture, horticulture, fisheries and animal husbandry.
iii. The Kisan Call Centre will give immediate solution and real time advisory to farmers if they need expert consultation regarding seed procurement, agro-metric, fertilizer, soil health, pesticides usage and marketing of the produces.
iv. Apart from that the farmers’ portal will issue advisory for farm production under direct supervision of the experts.