Access to all Banking Exams Courses
Subscribe Now
READ ON APP
Home Uncategorized Daily GK Update – 15th May 2015
Facebook
Twitter
Google+
Pinterest
WhatsApp
May 15, 2015
1. Modi’s Visit to China
i. Prime Minister Narendra Modi announced that India will grant e-visas to Chinese tourists.
ii. Agreements between India and China
1. Protocol for establishment of consulates in Chengdu and Chennai
2. Cooperation in vocational education and skill development and setting up of Mahatma Gandhi institute on skill development in India 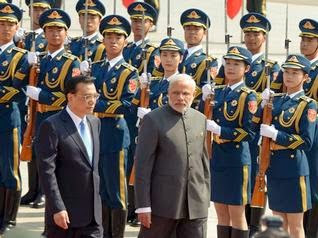 3. Consultative mechanism on cooperation in trade negotiations
4. Cooperation between Foreign Ministry and and Central Committee of Communist Party of China (CCCPC)
5. Action plan between national railway administration of China and Indian Railways
6. Memorandum of Understanding on education exchange programme
7. Cooperation in the fields of mining and minerals
8. Space cooperation outline
9. Safety regulations on importing Indian rapeseed meal
10. Broadcasting agreement between CCTV and Doordarshan
11. Agreement for cooperation in the field of tourism
12. Memorandum of Understanding on establishing India-China think tanks forum
13. Memorandum of Understanding between NITI Aayog and Development Research Centre
iii. Two MoUs between Indian Council for Cultural Relations (ICCR) and Yunnan Minzu University and another with Fudan University were signed on the establishment of a yoga college and centre for Gandhian and Indian studies, respectively.
2. Rajyavardhan Rathore inaugurates India Pavilion at 68th Cannes Film Festival
i. Minister of State for Information and Broadcasting Rajyavardhan Singh Rathore inaugurated the India Pavilion at the 68th Cannes International Film Festival.
ii. The government is channelising that objective through campaigns like ‘Make in India’ and ‘Skill India’, and realises that the film industry is an important part of these campaigns given its tremendous potential towards job creation.

iii. The session also saw unveiling of the 46th IFFI, 2015 regulations and ‘India Film Guide’ by Rathore.
iv. The India Film Guide is a comprehensive booklet with information on policy initiatives by the government pertaining to film sector, the listing of Indian companies at Cannes Film Market.
3. Google in talks with Arunachal govt for Chromebook laptops in schools
i. Global tech giant Google is in discussions with the Arunachal Pradesh government to run a pilot for deploying Chromebook laptops for school students.
ii. The pilot is proposed to be run in schools in two cities — Itanagar and Ziro.
iii. Chromebook is a laptop running Google’s Chrome Operating System. The devices are designed to be used primarily while connected to the internet with most applications and data residing “in the cloud”.
4. SBI Launches NFC-Enabled Contactless Debit and Credit Cards
i. State Bank of India joined its private sector rivals to launch contactless cards using latest near field technology (NFC).
ii. Called the SBIinTouch cards, these contactless debit and credit cards are more secure and hassle-free to use at merchant outlets or ATMs and use the NFC technology, which enables users to make payments by waving or tapping the card near the contactless reader instead of swiping or dipping it.
iii. Private lenders ICICI Bank and HDFC Bank have already launched such NFC cards.

iv. Launching the cards, SBI chairperson Arundhati Bhattachrya said the bank has already issued 1.08 lakh new cards to its customers in the eight largest metros and the remaining customers will get the cards in the following months.
5. RBI allows transactions upto Rs 2000 without second factor authentication
i. In a move that will promote ‘tap and pay’ electronic payments, the Reserve Bank of India (RBI) said that bank can allow customers to transact with contactless card upto Rs 2000 without customers punching a separate PIN for authentication.
ii. The ‘tap and pay’ refers to the use of near-field communication ( NFC) technology, enabling users to make payments by waving or tapping the card near the contactless reader instead of swiping it.
iii. Prior to this relaxation, after tapping the card at a point of sale machines, the customer had to punch their PIN number as an additional factor authentication to avoid any chances of fraud.
iv. Tap and pay refers to the use of near field communication technology in payment cards where instead of the traditional swiping of the card and punching in payment details, all the customer needs to do is wave a card in front of an acceptance device for the bill to be settled.
6. MHRD Gave Nod For Setting Up IIIT in Nagpur, Maharashtra
i. Union Ministry of Human Resource Development (MHRD) gave an in-principle approval for setting up an IIIT (Indian Institute of Information Technology) in Nagpur, Maharashtra.
ii. It will be the first IIIT to be set up in the state.
iii. The IIIT will join a batch of national institutes which are set to come up in the city, namely the All India Institute of Medical Sciences (AIIMS) and Indian Institute of Management (IIM).
iv. The setting up of these higher educational institutions in Nagpur is aimed at improving educational infrastructure in the backward Vidarbha region.
7. Tejaswini Sagar wins gold at Under-15 World School Chess Championship
i. Talented Indian youngster Tejaswini Sagar won her maiden world title bagging the gold in the under-15 category of World School Chess Championship that concluded in pattaya.

ii. Needing a last round win and one favourable result, the Aurangabad-girl defeated Kavinya Miyuni Rajapaksa of Sri Lanka in the ninth and final round.
iii. Tejaswini was aided by the result on the top board as overnight leader Irina Barbayeva of Russia lost to Alisa Kozybayeva of Kazakhstan in the final clash.
iv. For the record, Tejaswini scored seven points out of a possible nine, winning six, drawing two and losing one game.