ii.  Haryana’s minister of sports and health Anil Vij said a herbal forest would be developed over thousands of acres of land in the state where plants of 25 thousand species of ayurvedic herbs would be grown under the supervision of the yoga guru and his close aide Balkrishna.

iii. An ayush wing was being established in all the hospitals of Haryana for which 550 doctors would have to do a refresher course under the supervision of the yoga guru.
iv. Haryana would be developed into an Ayurvedic University whereas a yogic centre of international standards would be built in Panchkula. 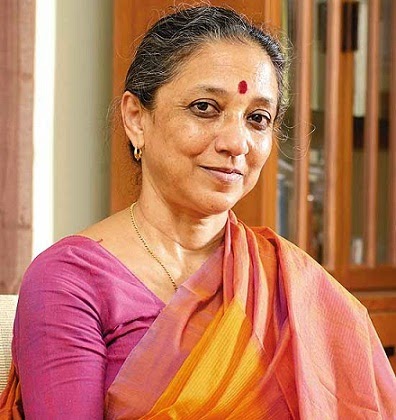 2. Censor Board chief Leela Samson decides to quit
i. Citing “interference, coercion and corruption of panel members and officers” appointed in the Central Board of Film Certification (CBFC) by the Union Information & Broadcasting Ministry, Bharatnatyam danseuse Leela Samson has quit as Censor Board chief.
ii. She put in her papers on Thursday amid reports that the Film Certification Appellate Tribunal (FCAT) had cleared the release of the film MSG – The Messenger of God featuring Dera Saccha Sauda chief Gurmeet Ram Rahim Singh in the lead role. 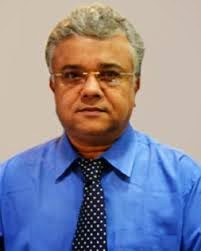 i. Siddhartha Chatterjee was appointed as the Chief Technology Officer (CTO) of Persistent Systems Ltd with effect will be based at the United States branch of the company.
ii. Chatterjee is a graduate in Electronics and Electrical Communications Engineering from the Indian Institute of Technology, Kharagpur.
iii. Chatterjee has served as an Assistant and Associate Professor of Computer Science at the University of North Carolina, Chapel Hill from 1994 to 2001.
iv. He had also served as a post-doctoral scientist at the Research Institute for Advanced Computer Science (RIACS) at Moffett Field, California from 1991 to 1994.

iii. Agrawal was awarded for his bravery in utilising the Right to Information (RTI) Act, 2005 for public good despite innumerable challenges. Agrawal also holds the Guinness record of filing highest number of published letters to the editors.

5. China Food and Drug Administration approved new vaccine to treat Poliomyelitis
i.  Chinese drug regulator China Food and Drug Administration (CFDA) approved a new vaccine S-IPV to treat the Poliomyelitis.
ii.  The vaccine S-IPV is known as Ai Bi Wei in China. It is manufactured by the Institute of Medical Biology of the Chinese Academy of Medical Sciences located in Kunming, southwest China’s Yunnan province.
iii. The vaccine will be given to Chinese children as part of routine disease prevention and will help the global fight against the polio virus. The World Health Organization is also considering use of this new vaccine in its global polio treatment program.