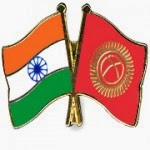 i. India and Kyrgyzstan signed MoU to strengthen bilateral cooperation on textile and clothing.
ii. The MoU was signed by Minister of State (MoS) for Textiles Santosh Kumar Gangwar and his counterpart Minister of Energy and Industry of Kyrgyzstan Kubanychbek Turdubaev in New Delhi.
iii.  The MoU seeks to strengthen bilateral cooperation between both nations in the three fields including Textiles and Clothing, Silk and Sericulture and Fashion. 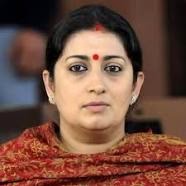 i. Union HRD Minister Smriti Irani was today named Young Global Leader from India by the World Economic Forum (WEF)
ii. Others who have been named Young Global Leader (YGL) in the past include British Prime Minister David Cameron, Alibaba Group chief Jack Ma, Yahoo CEO Marissa Mayer, Google chief Larry Page, Italian Prime Minister Matteo Renzi.
iii.  In the list of 187 YGLs for 2015 from across the world, Irani is accompanied by 10 other Indians, including Gaurav Gogoi, an MP and son of Assam Chief Minister Tarun Gogoi.
3. Sohail Aman new Pakistan Air Force chief
i.   Air Marshal Sohail Aman, an accomplished fighter pilot, was appointed as the chief of Pakistan Air Force.
ii. The Pakistan Air Force announced that the new air chief will take over after his predecessor Air Chief Marshal Tahir Rafique Butt retires.
iii.  Air Marshal Sohail Aman was commissioned in the GD (P) Branch of Pakistan Air Force in November, 1980.
4.  Israeli prime minister Netanyahu defies the polls to seal election win
i.  Israeli Prime Minister Benjamin Netanyahu’s ruling Likud Party scored a resounding victory in the country’s election, a stunning turnaround after a tight race that had put his lengthy rule in jeopardy.
ii. The election was widely seen as a referendum on Netanyahu, who has governed the country for the past six years. 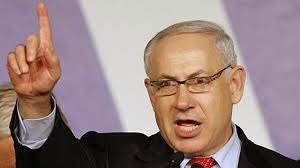 iii. Netanyahu focused his campaign on security issues, while his opponents instead pledged to address the country’s high cost of living and accused the leader of being out of touch with everyday people.
5. South Africa ease into semi-finals
i.  South Africa cruised into the World Cup semi-finals with a one-sided thrashing of a sorry Sri Lanka in Sydney.
ii.  Off-spinner JP Duminy took a hat-trick and leg-spinner Imran Tahir 4-26 as Sri Lanka were bowled out for 133. 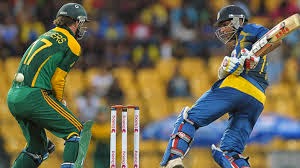 iii. The Proteas then eased to their target for the loss of only one wicket in 18 overs, with Quinton de Kock making an unbeaten 78.
iv.  They go on to a last-four meeting with New Zealand or West Indies in Auckland on Tuesday.
6. Sangakkara, Jayawardene bid adieu to ODI cricket
i. Mahela Jayawardene and Kumar Sangakkara might not have got a fairytale ending to their final ODI match of their glorious careers.
ii.  The duo had already called time on their respective ODI careers before the 50-over showpiece event and it all ended on a bitterly disappointing note as Sri Lanka bowed out with a nine-wicket loss to South Africa in the quarterfinal.
iii. The 37-year-old Sangakkara, scored 14,234 runs in 404 ODIs.
iv. Jayawardene, who had already quit the longest format, now bows out of the international scene after a career that started in 1997. He leaves with 17,838 first-class runs to his name, 11,814 of them in 149 Test matches. He played 448 ODIs, accumulating 12,650 runs.