Access to all Banking Exams Courses
Subscribe Now
READ ON APP
Home Uncategorized Daily GK Update – 20th January 2015
Facebook
Twitter
Google+
Pinterest
WhatsApp
January 20, 2015
1. Jaipur Literature Festival all set to begin
i. The eighth edition of the ZEE Jaipur Literature Festival is all set to open on 21st January 2015. The event, which is now the world’s largest free literary festival, will see a galaxy of literary and musical stars come together for a vibrant celebration of creative expression.

ii. To be inaugurated by the Chief Minister Vasundhara Raje, the event is seen as an agenda-setter on key issues from the global economic crisis to the rise of e-books, the current state of politics in the Middle East to the increasing importance of Indian language publishing.

iii. This year the Festival will look at gender equity in India in a series titled `Women Uninterrupted’, supported by UN Women to mark the 20th anniversary of the Beijing Conference on Gender, leading up to the world summit at the UN this September, as well as `The Seven Deadly Sins’ that polarize society.

2. Hyderabad to host World Congress on Information Technology in 2018
i. Hyderabad will host the World Congress on Information Technology (WCIT) in 2018. This will be the first WCIT to be held in India and the theme of the 2018 WCIT will be Future of enterprises.
ii. As part of this, the Chief Minister of Telangana K Chandrasekhar Rao would visit the US, the UK and other countries to invite the bigwigs of the IT industry to the 2018 event.
iii. WCIT 2016 is to be held in Brazil.
In 2014, the 19th WCIT was held in Guadalajara in Mexico. The theme was Building the Digital Age Together.
The first WCIT was held in 1978 and it is held since then every two years.

About United Nations World Economic Situation and Prospects (WESP) report
This report is published at the beginning of each year by the combined efforts of
4. Singapore’s GIC to invest Rs 1,020 crore in Bandhan Financial Services
i. Singapore’s sovereign wealth fund GIC is investing 10.2 billion rupees ($165.5 million) in India’s Bandhan Financial Services, which is setting up one of the country’s two newest banks
ii. The company will get a total equity investment of 16 billion rupees, including 5.8 billion rupees from existing investor IFC

iii. IFC, part of the World Bank Group, owns 10.8 percent of Bandhan and its stake will increase after the latest investment.
iv. Bandhan and IDFC were the only two companies which won bank permits from the central bank last year in what was the first bank licensing process in a decade.

i. The California eighth-grader has launched a company to develop low-cost machines to print Braille. Tech giant Intel Corp. recently invested in his start-up, Braigo Labs.

ii. Mr. Shubham wants to develop a desktop Braille printer that costs around $350 and weighs just a few kilograms, compared with current models that can weigh more than nine kilograms.
iii. The machine could be used to print Braille reading materials on paper, using raised dots instead of ink, from a personal computer or electronic device.

8. Former PM Manmohan Singh adopted Pachim Bekeli Gaon Panchyat
i. Former Prime Minister Manmohan Singh adopted Pachim Bekeli Gaon Panchyat under Sansad Adarsh Gram Yojna (SAGY). Pachim Bekeli Gaon Panchyat is located in Kamrup district of Assam.
ii. Manmohan Singh represents Assam in the Rajya Sabha.
Sansad Adarsh Gram Yojana aims to cover 2500 villages by 2019. Under the project, each Member of Parliament (MP) will take up the responsibility of providing infrastructure and developing three villages by 2019.
iii. The objective of the project is to create a holistic development of all adopted villages by the MPs in all aspects —human, personal, social, economic and environmental development, including provision of basic amenities, services, security and good governance. 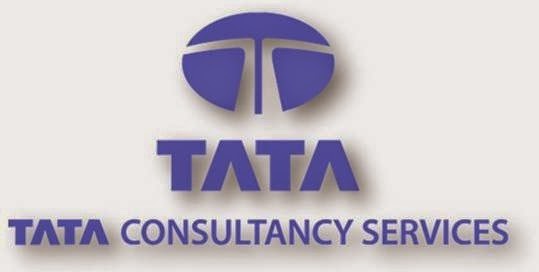 iii. TCS has also become the world’s third largest employer of people in the technology sector, with over 3 lakh employees. And given the pace at which it is growing, it could become the second largest employer this year, crossing Hewlett-Packard, and would be fast closing in on leader IBM.