Skip to content
1. Union Cabinet approves Pradhan Mantri Kaushal Vikas Yojana
i. The Union Cabinet has approved the Pradhan Mantri Kaushal Vikas Yojana (PMKVY) to provide skills training to youth across the country.
ii. Decision in this regard was taken in the Union Cabinet meeting chaired by Prime Minister Narendra Modi in New Delhi.
iii. The PMKVY Scheme will be implemented by the Union Ministry of Skill Development and Entrepreneurship through the National Skill Development Corporation (NSDC).
iv. The target for skilling under the scheme will be associated with Union Government’s flagship programmes such as Make in India, Digital India, Swachh Bharat Abhiyan and National Solar Mission.

2. 33% Cops in Delhi, Union Territories to be women: Government

i. The Union Cabinet has cleared 33 per cent reservation for woman in the lower levels of police units of the seven Union Territories (UTs), including Delhi.
ii. The move aims at increasing representation of women in police and to make the force gender sensitive.
iii. This reservation for women will be applicable in each category (SC/ST/OBC and others) through direct recruitment in non-gazetted posts — from constables to sub-inspectors.

3. International Day of Forests observed
i. International Day of Forests was observed on 21 March 2015 with the theme “Forests and Climate Change.”
ii. The theme highlights forest-based solutions to address climate change mitigation and adaptation, and more broadly forests and sustainable development.
iii. The day provides a platform to raise awareness of the importance of all types of forests and of trees outside forests. The day is also used to communicate the vital role forests play in poverty eradication, environmental sustainability and food security.

4. Amitabh Bachchan roped in as Brand Ambassador for Campaign against Hepatitis B
i. Megastar Amitabh Bachchan is roped in as the brand ambassador for Union Government’s campaign against Hepatitis B, a critical public problem in India.
ii. Bachchan was roped in as the brand ambassador for India’s fight against Hepatitis B after his successful stint as UNICEF’s goodwill brand ambassador of pulse polio campaign in India.
iii. The campaign against Hepatitis B will be launched in April 2015. The campaign is a part of the Union Government’s ambitious child immunization programme named Mission Indradhanush, against seven vaccine-preventable diseases.
5. Pakistani cricketers Misbah-ul-Haq, Shaid Afridi retired from ODI cricket
i. Pakistani cricketers, Misbah-ul-Haq and Shaid Afridi retired from the One Day International (ODI) format of cricket.
ii. They retired after the World Cup quarter-final match against Australia played at Adelaide, Australia. In the quarter-final, they lost to Australia by six-wickets.
iii. Though Misbah will continue to play in the Test matches but Afridi will feature only in T20 format of the cricket. 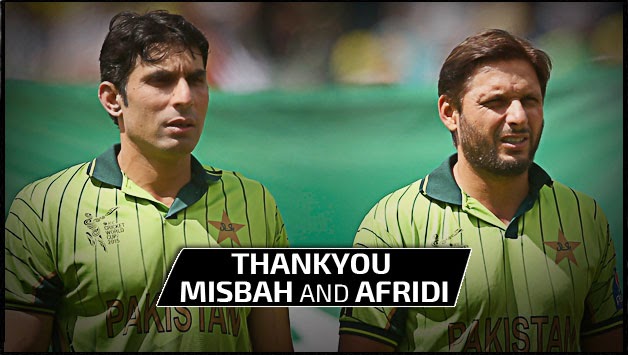 6. World Sparrow Day observed
i. The World Sparrow Day was observed globally on 20 March 2015 with the theme “I Love Sparrows”. The theme has been inspired by the hope that more and more of us will celebrate the relationship between People and Sparrows.
ii. The day is designated to raise awareness of the house sparrow and other common birds to urban environments, and of threats to their populations.

7. Cricket World Cup: Martin Guptill double ton powers New Zealand to massive win over West Indies
i. New Zealand opener Martin Guptill sent the ball soaring and the records tumbling by striking a cricket World Cup record of 237 not out to set up his team’s crushing 143-run victory over West Indies in the last quarter-final.
ii. Guptill became the first New Zealander to score consecutive World Cup centuries, bettered his own national record of 189 not out then overtook Chris Gayle’s World Cup record of 215 set against Zimbabwe at the current tournament. His innings took 163 balls and included 24 boundaries and 11 sixes.
iii. The Match made Guptill the first New Zealander to score centuries in consecutive World Cup innings after having made 105 against Bangladesh. 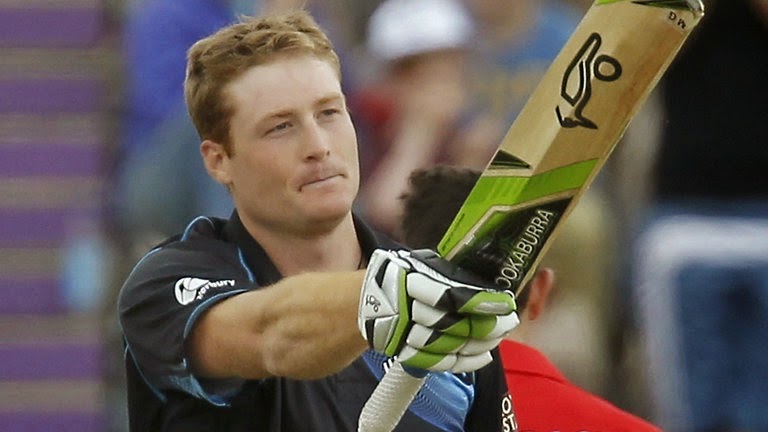