SBI partners with PayPal
i. The country’s largest bank announced a partnership with digital payments firm, PayPal so that the Customers of State Bank of India (SBI) can now use their debit cards on PayPal for buying products from overseas websites.

iii. SBI has also announced a partnership with e-commerce firm, Amazon.com, in India.

India continues to lead in global confidence index
i. India continued to lead the global confidence index in anticipation of improvement in the economy through reforms and stimulus announced by the central government.
ii. India’s consumer confidence score rose to 130 followed by Indonesia (123) and Philippines (115).
iii. Eighty per cent urban Indian respondents indicated that the state of personal finances was good or excellent in the first quarter of 2015.
iv. The Nielsen Global Survey of Consumer Confidence and Spending Intentions, established in 2005, measures consumer confidence, major concerns, and spending intentions among more than 30,000 respondents with Internet access in 60 countries.

Meghalaya, Tripura governors sworn-in
i. Senior BJP leader V Shanmuganathan was today sworn-in as the Governor of Meghalaya at the Raj Bhavan.
ii. Chief Justice of the Meghalaya High Court Uma Nath Singh administered the oath of office to Shanmuganathan at a solemn ceremony attended by Chief Minister Mukul Sangma and most of his cabinet colleagues. 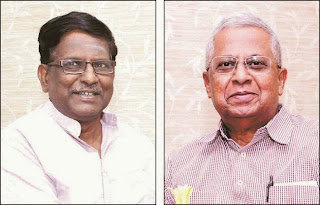 iii. Tathagata Roy on 20 May 2015 was sworn in as the 16th Governor of Tripura in Agartala.
Chief Justice of the Tripura High Court Mr. Jc. Deepak Gupta administered the oath of office to him as per the provisions of Article 159 of Constitution of India.
iv. He replaced Padmanabh Balkrishna Acharya, Governor of Nagaland, who had held the additional charge of Tripura.

SEBI sets new norms for mutual funds managing offshore assets
i. Markets regulator SEBI on Wednesday simplified norms for domestic mutual funds to manage offshore pooled assets, dropping its “20-25 rule” which requires a minimum of 20 investors and a cap of 25 percent on investment by an individual, for funds from low-risk foreign investors.
ii. In a notification saying the new regulations would be called the Securities and Exchange Board of India (Mutual Funds) Regulations, 2015, SEBI said the restrictions would not apply “if the funds managed are of Category I foreign portfolio investors (FPIs) and/or Category II foreign portfolio investors which are appropriately regulated broad based funds”. 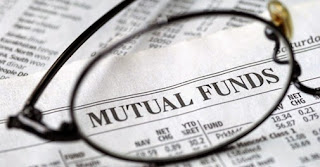 Infosys is first Indian company to join RE100 global renewable energy campaign
i. The Climate Group announced that Infosys, one of India’s largest Information Technology corporations has become the first Indian company to join RE100, a global platform for major companies committed to 100% renewable power.
ii. As part of its commitment to RE100, Infosys aims to become carbon neutral by 2018.
iii. The company is already working to reduce its per capita electricity consumption by 50 per cent from its 2007-2008 levels and source all its electricity from renewable resources by 2018. 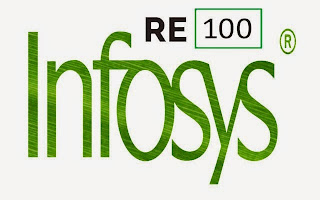