Skip to content
1. Nation observes Martyrs Day
i. March 23 is marked as the Martyr’s Day to honour the sacrifice of Bhagat Singh, Rajguru and Sukhdev who were hanged to death on this very day in 1931.

ii. Prime Minister Narendra Modi, after his arrival in Amritsar headed straight for Hussainiwala by a helicopter where he paid his respects to freedom fighters Bhagat Singh, Rajguru and Sukhdev.

iii. It was in Hussainiwala that the three martyrs were unceremoniously cremated by the British after their hanging in Lahore on March 23, 1931.
2. World Water Day 2015 observed with the theme Water and Sustainable Development
i. World Water Day (WWD) 2015 was globally observed on 22 March 2015 with the theme Water and Sustainable Development.
ii. The theme for the WWD 2015 talks about how water links to all areas we need to consider creating the future we want. 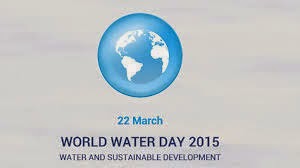 iii. WWD is celebrated every year to make a difference for the members of the global population who suffer from water related issues. It’s a day to prepare for how we manage water in the future.
iv. Facts about the water crisis

3. SEBI bars three companies from mobilising public money
i. Securities and Exchange Board of India (SEBI) has barred three companies from raising funds from the public, with immediate effect.
ii. SEBI said these companies collectively garnered over Rs. 29 crore from close to 12,000 investors through issuance of securities and prima facie violated various provisions of the Companies Act.
iii. The firms — Everlight Realcon Infrastructure Ltd, Tresty Securities Ltd and Real Vision International Ltd —— issued securities to over 50 persons each, which under the rules made it a public issue.
4. Infosys, Accenture in last lap for Rs 900-crore deal
i. Infosys and Accenture have entered the final lap to clinch a Rs 900-crore ($150 million) IT outsourcing contract from Australia-based financial services provider Macquarie Group.
ii. Macquarie provides banking, financial, advisory, investment and funds management services.
iii. It employs more than 13,900 people in 28 countries.
iv. HCL, Cognizant and Genpact-Headstrong are some of Macquarie’s incumbent IT service providers.
5. Singapore founding father Lee Kuan Yew dead

i. Lee Kuan Yew, Singapore’s first prime minister and architect of the tiny Southeast Asian city-state’s rapid rise from British tropical outpost to global trade and financial centre, rested in peace.He was aged 91.
ii.  Mr. Lee co-founded the People’s Action Party (PAP), which has ruled Singapore since 1959 and led the newly born country when it was separated from Malaysia in 1965.
iii. He stepped down as prime minister in 1990, handing power to Goh Chok Tong, but remained influential as senior minister in Goh’s cabinet.
6. Rajendra Singh, named as the 2015 Stockholm Water Prize Laureate
i. The Waterman of India Rajendra Singh was named as the 2015 Stockholm Water Prize Laureate.
ii. He was acknowledged for for his innovative water restoration efforts, improving water security in rural India, and for showing extraordinary courage and determination in his quest to improve the living conditions for those most in need. 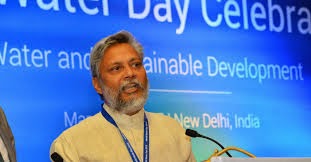 iii. Mr Singh, born 1959, lives and works in the Indian state of Rajasthan. The results of his work are without equal: in close cooperation with local residents, he and his organization have revived several rivers, brought water and life back to a thousand villages, and given hope to countless people.
7. India becomes 3rd biggest steel producer overtakes US
i. India has become the third-largest steel producer in the world by overtaking United States (US) in first two months of year 2015.
ii. It was revealed in the Data compiled by World Steel Association (WSA).
iii. India’s production in first two months i.e. January- February of 2015 was 14.56 million tonnes (MT).
iv. China tops in steel production and accounts for nearly half of the global steel production. During this period China has produced 65 MT steel.v. Japan is the second-largest steel producer and has reported a total production of 17.4 MT.
8. 1st Counter-Terrorism Conference 2015 held in Jaipur
i.  The 1st Counter-Terrorism Conference 2015 was held in Jaipur for three days from 19 March 2015 to 21 March 2015.
ii. It was organised by India Foundation in association with the Sardar Patel University of Police Security and Criminal Justice, Jodhpur at Jaipur in Rajasthan.
iii. The central theme of the Conference is Integrated Approach to Counter-Terrorism
9. Indian Wells Tennis championship
i. Simona Halep beat Jelena Jankovic 2-6 7-5 6-4 in an enthralling BNP Paribas Open final at Indian Wells. 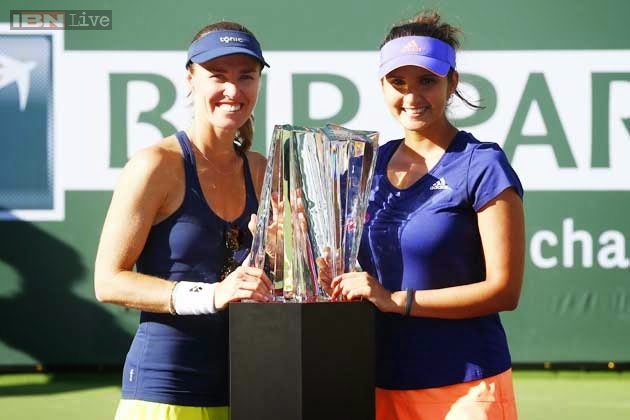