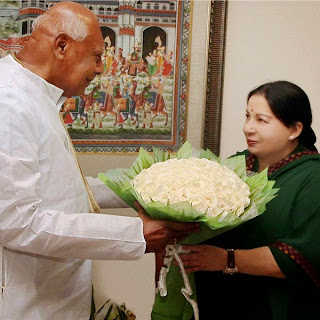 iii. Along with Jaya, 28 others were sworn in as Ministers. Jayalalithaa will hold the portfolios of home, police, public, all India services, general administration and district revenue officers​.

iv. As for portfolio allocations, Jayalalithaa’s trusted lieutenant O Panneerselvam has been given Finance and Public works, which he held previously too. Natham R Viswanathan will continue to hold electricity, prohibition and excise portfolio.
BSE drops Tata Power from Sensex; Lupin to come in

i. Private sector electricity producer Tata Power  will move out of the stock market benchmark index Sensex and will be replaced by drugmaker Lupin .
ii. Besides, Adani Power  would be dropped from the S&P BSE 100 index, while various changes have been made to a host of other BSE indices as well.
iii. The S&P BSE-100, an index of the top 100 listed companies in the country, would see Aurobindo Pharma  and Tata Motors  (DVR) coming in, while the S&P BSE-200 would get five new entries — Ajanta Pharma , Suzlon Energy , Dewan Housing , NCC  India and Tata Motors (DVR).
iv. Those moving out of BSE-100 include Sanofi India , Hindustan Copper , Amtek Auto , Jaiprakash Power Ventures .
SAIL, ArcelorMittal ink MoU to set up steel plant in India
i. World’s largest steel maker ArcelorMittal and SAIL inked a pact to jointly set up a steel plant in India for the fast growing automotive sector.
ii. The MoU, the first step towards establishing the JV, was signed in London by ArcelorMittal Chairman & Chief Executive Lakshmi Niwas Mittal and SAIL Chairman CS Verma. 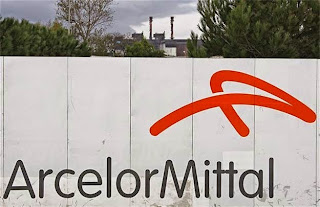 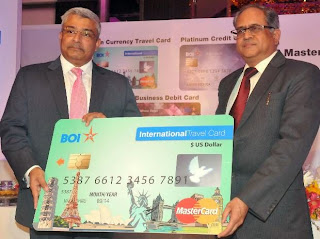 iii. It will also offer two banking solutions- In Control for spend management and MasterCard rewards program for its customers.
UN observed International Day for Biological Diversity
i. The United Nations (UN) observed the International Day for Biological Diversity (IBD) on 22 May 2015. The theme for the year 2015 is Biodiversity for Sustainable Development.
ii. This year theme highlights the relevance of biodiversity in achieving the goal of sustainable development.
iii. It also highlights the importance of efforts made to establish a set of Sustainable Development Goals (SDGs) as part of the UN Post-2015 Development Agenda (2015-2030).

iv. The selection of the theme also underlines the adoption of the Gangwon Declaration at the 12th meeting of the Conference of the Parties to the Convention on Biological Diversity (CBD) in South Korea in 2014.
Parvinder Singh Batth, becomes first Sikh mayor in United Kingdom’s Wokingham Borough Council
i. Parvinder Singh Batth, an Indian-origin Conservative party councillor was chosen as the mayor of United Kingdom’s Wokingham Borough Council.
ii. With this, he became the first Sikh to hold the Mayor’s position in UK. He succeeds Councillor UllaKarin Clark for this post and will serve till 2016.
iii. Parvinder Singh Batth previously had served as Deputy Mayor of borough of Wokingham in Berkshire in south east England.
iv. He was born in Indian state of Punjab in the farmer’s family. Later he had migrated to United Kingdom.