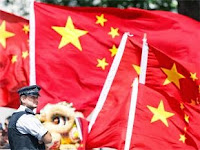 iii. About 60 countries have invested in the fund, which will in turn facilitate gold purchase for the central banks of member states to increase their holdings of the precious metal.
iv. The fund will invest in gold mining in countries along the Silk Road, which will increase exploration in countries such as Afghanistan and Kazakhstan.
2. Government Clears 21 FDI Proposals Worth Rs 281 Crore
i. The government has cleared 21 foreign direct investment (FDI) deals worth Rs 281 crore but deferred Kotak Mahindra Bank’s proposal to hike foreign investment limit in the bank to 55 per cent.
ii. FDI proposals under approval route are cleared by the Foreign Investment Promotion Board (FIPB).
iii. Proposals involving investment of more than Rs 3,000 crore are given final clearance by the Cabinet Committee on Economic Affairs (CCEA).
3. Facebook’s Internet.org attracts 8 lakh users in India
i. Social media giant Facebook has garnered 8 lakh users in India for its Internet.org initiative that has been in the thick of the net neutrality controversy.
ii. Facebook had partnered telecom major Reliance Communications to offer free access to over 30 websites without data charges to users in India.
iii. Internet.org service is available for Reliance customers in seven telecom circles of Mumbai, Maharashtra, Gujarat, Andhra Pradesh, Chennai, Tamil Nadu and Kerala.
iv. The goal of Internet.org is to allow more people to experience the benefits of being online.

i. John Forbes Nash Jr., the Princeton University mathematician, died along with his wife in a car crash. He was 86. His taxi crashed on the New Jersey Turnpike in Monroe Township when the driver lost control.
ii. Oscar-winning film, A Beautiful Mind was inspired by his life.
iii. Nash born on 13 June 1928 was an American mathematician who became famous for his game theory, differential geometry, and partial differential equations, which provided an insight into the factors that, govern chance and events inside complex systems in daily life.
5. Mumbai Indians saunter to second title win
i. Mumbai Indians put up an all-round show to outshine Chennai Super Kings by 41 runs in the final to win the Indian Premier League 2015.
ii. Mumbai Indians completed one of the most remarkable turnarounds in the eight-year history of the Indian Premier League by transforming a terrible start to the tournament – they were at the bottom of the table for the first two weeks – into a title win.

iii. CSK had won the toss in final summit had chosen bowl first. MI by batting first had set the target of 202 to their opponent team. However the CSK failed to reach the target score. This is the second IPL title triumph for MI after their maiden win in the season six in 2013.

6. Mercedes driver Nico Rosberg of Germany won Monaco Grand Prix of Formula One
i. Mercedes racing driver Nico Rosberg of Germany won the Monaco Grand Prix Formula 1 World Championship title by winning the final race held in Monaco.
ii. While Sebastian Vettel of Germany representing the Ferrari team stood at the second position, Rosberg’s  team mate Lewis Hamiltion of UK was at the third positon.
iii. It is the tenth overall championship title for Rosberg and the second title in the 2015 season having won the Spanish Formula 1 World Championship on 10 May 2015.
iv. With the present victory, he has become the fourth driver to win three Monaco Grand Prix titles in a row. The others were Graham Hill, Ayrton Senna and Alain Prost.