Skip to content
1. Vikas Swarup to be new spokesperson of External Affairs Ministry
i. Senior Indian Foreign Service (IFS) officer and noted novelist Vikas Swarup of Slumdog Millionaire-fame will be the new spokesperson of the Ministry of External Affairs.
ii. The Hollywood movie Slumdog Millionaire which won eight Oscar’s was based on Mr. Swarup’s successful debut novel “Q&A”.
iii. The third edition of the summit is scheduled to take place in India on October 29.

2. Web Ratna Awards to honour eGovernance initiatives
i. National Informatics Centre (NIC), under the ambit of India Portal (http://india.gov.in) organised the third edition of Web Ratna Awards.
ii. For Innovative Use of Technology, MKisan‐Government of India Portal for Farmer Centric Services won the Platinum Award.
iii. In the Citizen Centric Service Category Platinum Award was bagged by Passport Seva Project.
iv. Web Ratna Awards through its unique initiative has contributed to the overall increase in quality and quantity of web presence of various government departments across the country. 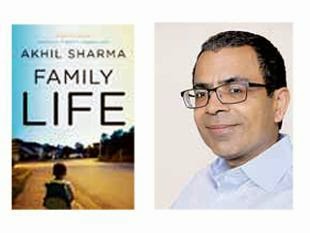 i. He was presented with the winner trophy by Jean-Marc Rathe of The Folio Society and a cheque of 40000 pound at the awards ceremony held in London.
ii. His novel Family Life was one among the eight books shortlisted from 80 works of fiction and was chosen as the best fiction published in the UK in 2014 by the 235 writers and critics who constitute the Folio Academy.
iii. Family Life is an autobiographical story of an immigrant family floundering in America. The book tells the story of Ajay Mishra who moves from Delhi to the United States as a child in the late 1970s. When Ajay’s brother has a life-changing accident, it shatters his family’s new life.
About The Folio Prize
4. Artist Bharti Kher conferred with the Knight of the Order of Arts and Letters of France
i. Artist Bharti Kher of India on 23 March 2015 was conferred with the Knight of the Order of Arts and Letters (Chevalier dans l’Ordre des Arts et des Lettres). This is the highest cultural award of France.
ii. She was awarded for her contribution in contemporary art landscape. Kher’s artworks span several mediums like painting, sculpture and installation.
iii. Her An Absence of Assignable Cause which is a 14 feet high sculptural interpretation of the heart of the blue sperm whale is among the finest works from the experiment.
iv. The French government distinction Chevalier des Arts et des Lettres (Knight of the Order of Arts and Letters) is conferred on persons who have distinguished themselves by their creativity in the field of art, culture and literature or for their contribution to the influence of arts in France and throughout the world.
5. Dolly Shivani Cherukuri became the youngest Archer to enter India Book of Records
i. Three-year-old archer Dolly Shivani Cherukuri of Andhra Pradesh on 24 March 2015 entered the India Book of Records. She entered the list of records by scoring 388 points in the recurve segment in two distances, seven and five meters, at the Volga Archery Academy in Vijayawada.
ii. At the time of entering the India Book of Records, she was nine days less than three years.
iii. She shot 36 arrows each from five metres and seven metres to score 388 points in presence of judges from the India Book of Records and the Archery Association of India (AAI).
iv. Shivani is the youngest sister of Cherukuri Lenin, former international archery champion and archery coach, who died in a road accident in 2010. She was trained at the Volga Archery Institute run by her father Cherukuri Satyanarayana. 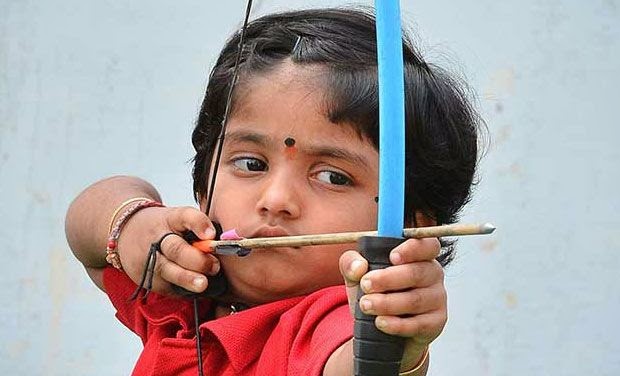 6. TCL partners with Indosat to make inroads into Indonesia
i. Tata Communications Ltd (formerly VSNL) has partnered with Indonesian firm Indosat to provide a wide range of technology and communication solutions for enterprises in Indonesia and to make inroads into that region.
ii. This partnership combines Indosat’s extensive regional coverage and expertise with Tata Communications’ global connectivity and managed service capabilities to design a comprehensive portfolio of services for the Indonesian market.
iii. The total Enterprise IT spending in the Indonesian market by 2018 is expected to reach $14.09 billion out of which telecom services will account for $4.96 billion.
7. India decimated, Australia through to finals
i. India’s World Cup dreams crashed as they were inflicted a 95-run defeat by Australia in their World Cup semifinal at the Sydney Cricket Ground.
ii. Chasing a huge victory target of 329 runs, India were bowled out for 233 runs in 46.5 overs.
iii. Steven Smith’s brilliant century propped up Australia before Indian bowlers staged a comeback of sorts but the hosts still managed to post a commanding 328/7.
iv. Australia will now meet New Zealand in the finals on 29th of March. 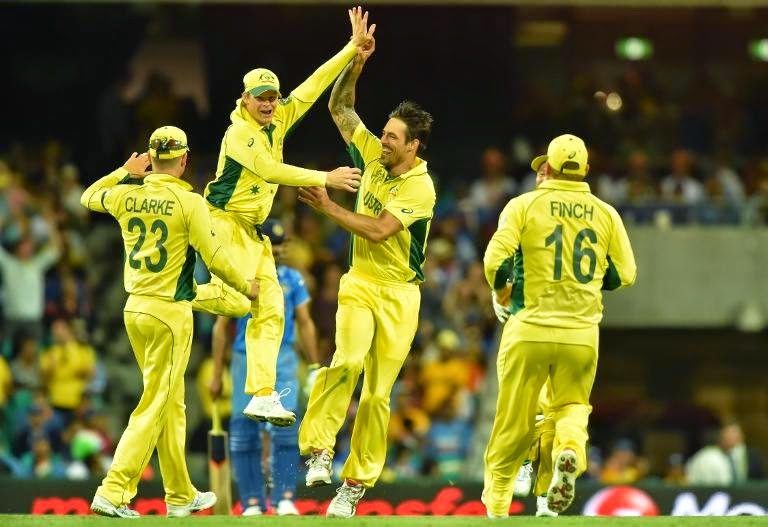