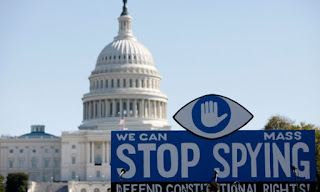 ii. The Bill ends a system exposed by former National Security Agency (NSA) contractor Edward Snowden. The spy agency collected and searched records of phone calls looking for terrorism leads but was not allowed to listen to their content.
iii. The new law would require companies such as Verizon Communications Inc and AT&T Inc, to collect and store telephone records the same way that they do now for billing purposes.
2. Snowden awarded freedom of expression prize in Norway
i. Former security contractor Edward Snowden won a Norwegian prize for freedom of expression. 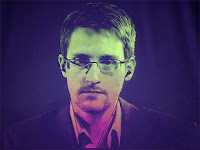 ii. The Norwegian Academy of Literature and Freedom of Expression said the 31-year old fugitive had won the Bjornson Prize named after a Norwegian Nobel literature laureate “for his work protecting privacy and for shining a critical light on US surveillance of its citizens and others.”
iii. The academy requested assurances from the Norwegian government that Snowden would not be extradited to the US if he travelled to Norway to receive the 100,000 kroner ($12,700, 11,500 euros) prize money.
iv. Snowden was awarded Sweden’s Right Livelihood Award in 2014 but chose to accept it by video link rather than leaving his exile in Russia.
3. Sepp Blatter resigned
i. Outgoing Fifa president Sepp Blatter is now part of the corruption probe by US prosecutors.
ii. Venezuelan president Nicolas Maduro nominated Diego Maradona for the job.
iii. Jordanian Prince Ali bin al Hussein will stand in new elections for the presidency of world football’s governing body.
iv. FIFPro welcomes the decision of FIFA president Sepp Blatter to resign as this creates an overdue and unique opportunity to fundamentally reform the governance of football.
4. 2004 Nobel Chemistry winner Irwin Rose dies 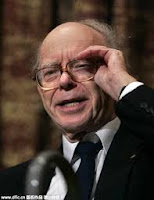 i. Irwin Rose, a biochemist who shared the 2004 Nobel Prize in Chemistry for discovering a way that cells destroy unwanted proteins the basis for developing new therapies for diseases such as cervical cancer and cystic fibrosis has died. He was 88.
ii. Rose had a “formidable intellect and unwavering curiosity about fundamental biological and chemical processes that are the foundation for life.
iii. Rose, along with Israelis Aaron Ciechanover and Avram Hershko, won the Nobel for discovering how plant and animal cells marked old and damaged proteins with a “kiss of death” molecule the polypeptide ubiquitin.
iv. Rose was born in Brooklyn, New York, on July 16, 1926, and spent much of his career as a researcher at the Fox Chase Cancer Center in Philadelphia.
5. Jaipur Metro starts operations
i. Jaipur Metro, touted as one of the fastest built metro systems in the country, was thrown open to public today.
ii. Chief Minister Vasundhara Raje flagged off the inaugural train on 9.6 km long route from Mansarovar to Chandpole. 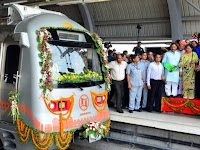 iii.  Jaipur Metro commenced its regular commercial operations from all its 9 stations– Mansarovar, New Aatish Market, Vivek Vihar, Shyam Nagar, Ram Nagar, Civil Lines, Railway Station, Sindhi Camp and Chandpole.
iv. To encourage people to travel in the metro, upto 15 per cent discount has been offered on smart cards, which can be recharged using Jaipur Metro website or Ticket Vending Machines installed at all stations.
6. Govt notifies FDI policy relaxations for NRIs
i. Non-repatriable investments by NRIs, OCIs and PIOs will be treated as domestic investments and will not be subject to foreign direct investment caps.
ii.  It has been decided to amend the definition of NRIs as contained in the FDI policy and also to provide that for the purposes of FDI policy, investment by NRIs under Schedule 4 of FEMA regulations will be deemed to be domestic investment at par with the investment made by residents.
iii. The government has also notified increase in FIPB’s power to recommend foreign investment proposals of up to Rs 3,000 crore from the earlier Rs 2,000 crore.
7. US Defence Secretary Ashton B. Carter arrives in India
i. After delivering the keynote address at the crucial Shangri La dialogue in Singapore, US Secretary of Defence Ashton Carter arrived in India.
ii. he will hold meetings with PM Narendra Modi, Defence Minister Manohar Parrikar, External Affairs Minister Sushma Swaraj and National Security Advisor Ajit Doval. During his visit. 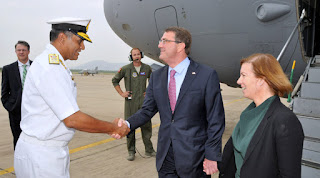 iii. The two countries will be signing the Defence Framework Agreement (DFA) that will define the US-India defence cooperation over the next decade.
iv. During Carter’s ongoing visit, the two sides will assess the progress made in these pathfinder projects— next generation Raven Minis UAVs, roll-on roll-off kits for C-130s, mobile electric hybrid power source and Uniform Integrated Protection Ensemble Increment.