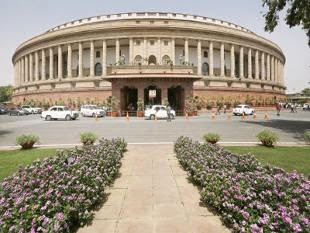 ii. Union Minister of State for Finance Jayant Sinha sought permission of the Lok Sabha to introduce the The Insurance Laws (Amendment) Bill, 2015.
iii. The Opposition contention was that the Government was trying to set a new precedent that violated the very structure of the bicameral system of Parliament that India has adopted.
2. INCOIS launches app for fishermen

i. The app, developed in-house by the Hyderabad-based Indian National Centre for Ocean Information Services (INCOIS) Marine Fishery Advisory Services team is for the benefit of fishermen.
ii. There are plans to make available the app on Google Play store and on INCOIS website.
iii. For those using basic phones the Centre unveiled an SMS service in local languages. The text messages will provide potential fishing zone advisory on a real time basis.
3. Baldev Sharma appointed as chairman of National Book Trust
i. The government on Monday appointed former Panchajanya editor Baldev Sharma as the new chairman of the National Book Trust, cutting short the term of incumbent A. Sethumadhavan.
ii. Panchajanya is an Indian weekly newspaper published by Rashtriya Swayamsevak Sangh (RSS) in Hindi. It was launched by RSS pracharak Deendayal Upadhyaya in 1948 in Lucknow.
4. Infosys signs outsourcing deal with TNT
i. Infosys had signed a five-year agreement with Dutch company TNT to help it simplify and transform its technology applications.

ii. The company did not disclose the financial details of the deals. As part of its turnaround and transformation strategy called ‘Outlook’, TNT is overhauling its IT capability to reduce complexity and cost and increase flexibility.
iii. Under the partnership, the current IT applications of TNT will be consolidated and standardised for higher quality of service and lower cost of operations.
5. Savitri Jindal among five Indian women on Forbes billionaires list
i. Five Indian women have made it to the Forbes list of the world’s billionaires that saw a record number of women this year, although they still account for just about 11 per cent of the total.

ii. Among Indian women, Savitri Jindal and family was ranked 283 on the list with a net worth of $5.3 billion in 2015, up from $4.9 billion in 2014.
iii. Indu Jain who chairs media conglomerate Bennett, Coleman & Co, was placed at the 603 rank globally. Her net worth stands at $3.1 billion.
iv. Christy Walton, who inherited a stake in retailer Wal-Mart, retained the title of world’s richest woman at $41.7 billion, followed by Liliane Bettencourt, the principal heiress to the L’Oreal cosmetics fortune in the second place with $40.7 billion.
6. IAS officer Kewal K Sharma appointed as Delhi Chief Secretary
i. IAS officer Kewal K Sharma is appointed as Chief Secretary of Delhi. His appointment was approved by Union Home Ministry.
ii. At present, Sharma is the chief secretary of Goa. Sharma was appointed as the Goa chief secretary on 1 January 2015.
iii. Besides serving the Governments of Delhi, Goa and Arunachal Pradesh, Sharma served in the United Nations (UN) Mission in Kosovo from 1999 to 2005 as a Civil Affairs Officer.