Access to all Banking Exams Courses
Subscribe Now
READ ON APP
Home Uncategorized Daily GK Update – 5th May 2015
Facebook
Twitter
Google+
Pinterest
WhatsApp
May 5, 2015
1. The Union Cabinet approved the 119th Constitutional Amendment Bill on Land Boundary Agreement (LBA) between India and Bangladesh.
i. Under the land boundary agreement, India and Bangladesh will exchange several enclaves which are under each other’s adverse possession. The bill also includes the territories in Assam in addition to territories of West Bengal, Tripura and Meghalaya. 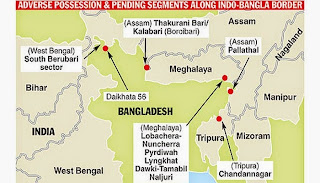 ii. The bill will need ratification by the Parliament and would also require ratification of at least 50 percent of the state legislatures before it comes into effect.
iii. Earlier in 2013, the bill in regard to this was placed in the Rajya Sabha and subsequently was referred to a select committee, which was headed by Shashi Tharoor of Congress. Later, the committee unanimously recommended implementation of the deal.
2. Surface-to-air short range Akash missile system inducted into Indian Army
i. Electronics Corporation of India Limited (ECIL), in partnership with Bharat Dynamics Limited (BDL), is supplying critical electronic systems for Akash Weapon System (AWS) inducted into the Indian Army. 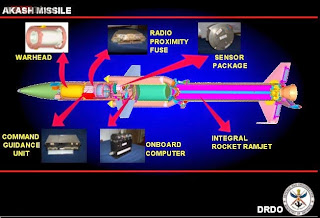 ii. ‘Akash’ is a surface-to-air missile indigenously developed by the Defence Research Development Laboratory (DRDL), under Integrated Guided Missile Development Programme (IGMDP).
iii. The first off production models (FOPM) of these systems were successfully realised and delivered by ECIL in close association with DRDL.
3. Microsoft’s Edu-Cloud to make learning ‘fun’
i. Microsoft India unveiled Edu-Cloud, a cloud computing-based offering, designed to offer digital learning and teaching in schools and higher educational institutions through virtual learning platforms in India.
ii. Microsoft India Chairman Bhaskar Pramanik said Edu-Cloud is expected to benefit 10 lakh teachers and 60 lakh students in over 1,500 institutes over the next 18 months.
iii. The company has also announced a tie-up with the Chaitanya group of educational institutions, which will adopt Edu-Cloud.
iv. In the last 10 years, Microsoft’s education, skill development, entrepreneurship and digital literacy programmes have touched over 5 crore people in 20 different states of India.
4. MoneyGram Ready to Handle Electronic-Mode Remittances in India
i. NASDAQ-listed MoneyGram is ready to handle remittances through electronic modes in India as soon as the government allows such transactions through a series of electronic modes such as online, ATM and phone banking.
ii. It would happen when the government allows transactions to be managed through a series of electronic modes such as online, Automated Teller Machines (ATM) and phone banking.

iii. In 2013, India received $70 billion in remittances topping the list in Asia, followed by China at $59 billion and the Philippines at $27 billion, according to the World Bank data.
iv. The top countries sending money into India are those in North America, the Middle East, the UK and Europe, according to the two MoneyGram executives.
5. Offering whole internet for free not sustainable: Mark Zuckerberg
i. Facebook is opening up Internet.org, which provides connectivity to people in developing nations, to outside applications following a controversy over its limited set of online services.
ii. Internet.org would operate as a free platform so anyone can build free basic services, but that the full internet would not be included.
iii. NDTV, Newshunt and Cleartrip had also announced that they were withdrawing from Internet.org on the same day.
6. India to tie up with Iran for Chabahar
i. India and Iran agreed in 2003 to develop a port at Chabahar on the Gulf of Oman, near Iran’s border with Pakistan, but the venture has made little progress because of Western sanctions on Iran.
ii. Shipping Minister Nitin Gadkari will travel on a day-long tour to Iran to sign a memorandum of understanding for development of Chabahar port. 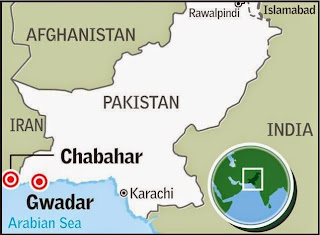 iii. Iran has also proposed a free-trade agreement with India, a trade ministry source said. Rupee-denominated trade with Iran, started in 2012 because of complications arising from sanctions, has almost doubled Indian exports to Tehran in the past two years to $4 billion.
To view the above post in hindi CLICK HERE