i. 60 year old BJP leader Vijay Rupani has sworn-in as the Chief Minister of Gujarat at the Mahatma Mandir in Gandhinagar today.
ii. He was administered the oath of office and secrecy by the Governor OP Kohli.
iii. While Nitin Patel has sworn in as the Deputy CM of the state.

iii. Besides the main event in Varanasi, there was many other programmes across the nation.
4. Odisha govt launches new website of state Home department

i. The Odisha government has launched a new website of the state Home department to enable the differently-abled persons to see and hear the website.
ii. The portal has been designed by the National Informatics Centre (NIC) with accessibility guidelines for differently-abled persons and inaugurated by the state Chief Minister Naveen Patnaik.
iii. This is a bilingual website available in both English and Odia language. It facilitates access to all directorates or departments along with various citizen services like Secretariat Pass, Tracking the Missing Child, Reservation of Odisha Bhawan, Crime and Criminal Tracking Network & Systems and other such services.
5. Telangana signs MoU with ISRO for water resources info system

i. Telangana Irrigation Department has signed a memorandum of understanding with the Indian Space Research Organisation for setting up a Telangana Water Resources Information System (TWRIS) on the ‘Bhuvan’ web portal.
ii. The MoU was inked in the presence of Irrigation Minister T Harish Rao and ISRO chairman A S Kiran Kumar at the Hyderabad-headquartered National Remote Sensing Centre of ISRO.
iii. The main aim is to capture every field-level irrigation network including dams/barrages, anicuts, main and field channels, etc. and mark every irrigation structure on satellite visualisation tool Bhuvan (similar to Google Earth). The project, likely to be completed in one year.

i. Kerala Tourism has rolled out a promotional campaign in Dubai targeting Arab travellers and showcasing the state’s backwaters and waterfalls on taxis plying in the bustling metropolis, with the onset of the outbound tourism season in the Middle East.
ii. In this regards, as many as 200 Kerala-branded taxis will ferry the message of ‘A Faraway Land Four Hours Away’ – with eye-catching visuals featuring hill stations, backwaters, waterfalls and also Ayurvedic therapies – through the streets of Dubai, the throbbing heart of the UAE.
iii. The campaign, inspired by the previous highly successful branding efforts on London taxis and the Mumbai metro, will run till August 15. The government has also given the administrative sanction for a budget of Rs. 60 lakh for Kerala Tourism’s marketing strategy.

i. Five sportspersons from Tamil Nadu, including a differently-abled woman who had won honours in international contests, have been given cash awards by Tamil Nadu Chief Minister J Jayalalithaa which includes Jenitha Anto of Tiruchirappalli has presented with a cheque for Rs 25 lakh for winning an international chess tournament for the differently abled held in Serbia last month. Anto had won the tournament for the fourth time.
ii. The other receiver of the cash awards are- C Ajith Kumar, R Naveen, L Samayasri, and S Priyadarshini.
iii. Jayalalithaa also gave away a total cash incentive of Rs 1.20 crore to four other sportspersons who had won medals in different events at the World School Athletics Championship in Turkey in July.

i. A nine-member Kathakali dance troupe has performed first time in Egypt.
ii. The Kathakali dance troupe was a part the 14th Summer Festival organized by Bibliotheca Alexandrina. And as part of their tour, the Indian dance troupe will performe in different places including Port Said Cultural Palace, Ismailia Cultural Palace.
iii. Kathakali is a complex art belongs to Kerala, which is combination of many different forms of art. It includes dance, drama, literature, music both vocal and instrumental, and plastic form of art, such as painting and sculpture.

i. CSS Corp, a global Technology Support company, has appointed Manish Tandon as its new Chief Executive Officer of the company. He will be inducted as a whole time director of the board and as CEO later this quarter.
ii. He will take over from “Tiger” TG Ramesh, the current CEO who now transitions to a strategic advisor role as a non-executive director on the board.
iii. Mr. Manish is an IIT Kanpur alumnus, and a Gold Medalist from IIM Bangalore. He is currently the head of Healthcare & Life Sciences, Insurance and High-Tech Manufacturing businesses at Infosys. He also is a director on the board of Infosys Lodestone, Infosys Public Services and EdgeVerve.

i. Veteran South Indian film director and scriptwriter “Vietnam Veedu’ Sundaram has passed away in Chennai. He was 76 years old.
ii. Sundaram was born in Tiruchi and ‘Vietnam Veedu’ became part of his name after he wrote the script, first for theatre and then for the film, starring Sivaji Ganesan.
iii. He also acted in a few films and directed a lot of teleserials. 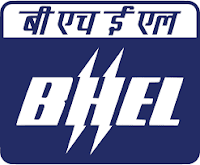 i. KK Khurana, General Manager in-charge, has taken over as Head of BHEL Corporate R&D with effect from August 4, 2016.
ii. Prior to the elevation as GM I/C of Corporate R&D, he was involved in Project Engineering Management (PEM), Technical service among other areas in the company.
iii. He has wide experience in thermal power plant projects.