iii. The total earnings from goods during April-December, 2014 were Rs 77,161.55 crore as compared to Rs 68,776.35 crore in the corresponding period in 2013, showing an increase of 12.19 per cent, according to the Railway Ministry data.
iv. The total number of passengers booked during April- December 2014 were 6,256.16 million compared to 6,360.15 million during the same period in 2013, showing a decrease of 1.64 per cent.
2. NASA Closer Than Ever to Finding Earth’s ‘Twin’
i. Two of the eight are the most Earth-like of any known planets found so far outside our solar system, astronomers told the 225th meeting of the American Astronomical Society in Seattle, Washington.

ii. The discovery doubles the number of known planets that are close in size to the Earth and believed to be in the so-called “Goldilocks zone” of the stars they orbit.
iii. The promising discoveries are that of the planets named as – Kepler 438b and Kepler 442b.

3. Google, New ally for ‘Digital India’ project
i. Vinton Cerf, Chief Internet Evangelist at Google, met Minister for Communications and Information Technology Ravi Shankar Prasad to discuss the role technology giant can play in supporting the government’s vision for a Digital India.
ii. Vinton Cerf said, “We have some ideas. We want to share with them those ideas to find out which of them make sense. Maybe they will have better ideas than us.”
iii. The government’s ambitious Digital India project aims to connect all gram panchayats by broadband Internet, promote e-governance and transform India into a connected knowledge economy.

i. The United Forum of Bank Employees has deferred the all-India bank strike.
ii.  the IBA had improved its offer of wage revision by raising the monthly salaries of banks employees and officers to 12.5 per cent.
iii. The unions have refused to accept the offer which they termed was too low.

4. 500 Firms Approach Ministry to Make PF Optional
i. As many as 500 companies have approached the Ministry of Labour to consider revamping of the laws governing salary payment and granting employees a choice in how they are paid their salary.
ii. The petition asks the government to give employees the choice to decide on three issues.

i. Bollywood actor Amitabh Bachchan on 6 January 2015 named as the Brand Ambassador of  Andhra Pradesh (AP) health sector.
ii. His appointment was announced by the AP Health Minister Kamineni Srinivas in Hyderabad.
iii. Being the brand ambassador of AP health sector, he will be participating in various health-related campaigns of AP government.
iv. Bachchan will not take any remuneration for the services he would be rendering to the state as its health ambassador. 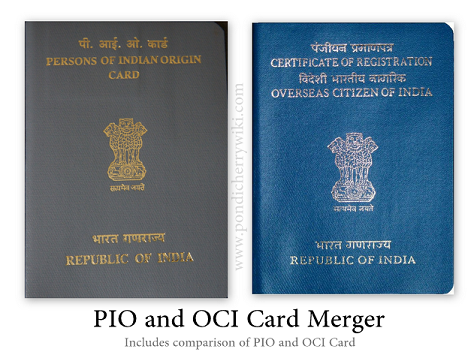 iii. It merges Overseas Citizen of India (OCI) and Persons of Indian Origin (PIO), thus making PIO eligible for life-long visa and bringing them on equal footing with OCI.
iv. It relaxes the requirement of 12 months in cases related to citizenship by registration and naturalization. Instead it allows for breaks up to 30 days if the Union government is satisfied that special circumstances exist, and has recorded them in writing.

7. Nilesh Shah resigned as MD & CEO of AXIS Capital Limited
i. Nilesh Shah resigned as Managing Director and Chief Executive Officer (MD &CEO) of Axis Capital Limited.
ii. Shah joined Axis Bank as President, Strategic Initiatives—Corporate Banking in March 2011. He took over as MD & CEO of Axis Capital in November 2013.
iii. Prior to joining Axis, he was the Deputy-MD at the ICICI Prudential Asset Management. At ICICI he quit after serving for seven years when assets more than quadrupled.