i. Twelve people, 10 journalists and two policemen, have been killed, and 10 others wounded in the shooting massacre at the Paris headquarters of satirical newspaper Charlie Hebdo.
ii. Hollande confirmed the deaths, and said that at least 40 were “saved.”
iii. The numbers of victims is likely to rise, the French president added. Flags across France have been lowered in mourning for victims of the attack.

iv. Charlie Hebdo (Charlie Weekly) is a controversial French satirical newspaper that came under attack over the publication of caricatures of Muslim leaders and the Prophet Mohammed in 2011.
v.  The attack in the newspaper offices is the worst militant attack in recent decades in France, which has a five-million-strong Muslim population.
2. PM inaugurates 13th Pravasi Bharatiya Divas Sammelan
i. Prime Minister Narendra Modi formally inaugurated the 13th Pravasi Bharatiya Divas at Mahatma Mandir in Gandhinagar, Gujarat.
ii. The Prime Minister also inaugurated the Dandi Kutir- a unique exhibition on father of the Nation Mahatma Gandhi depicting various stages of his life and work at Salt mount near Mahatma Mandir.

iii. India will be building a monument in Guyana dedicated to the arrival of Indian indentured labourers in the country, Guyanese president Donald Ramotar is the chief guest at the event.

iv.About Bhartiya Pravasi Divas – India has been holding PBD for 12 years now to coincide with the arrival of Mahatma Gandhi back to India from South Africa in order to acknowledge the contribution of the Indian diaspora to the development of the country.
v. This year marks the 100th anniversary of the arrival of the young barrister Gandhi, who eventually went on to lead the country to independence.
3. PIO, OCI schemes merged,Coins and stamps released at PBD.
i. The Person of Indian Origin (PIO) and Overseas Citizenship of India (OCI) schemes have been merged to ensure one type of facilities and also grant exemption from weekly police reporting.
ii. Mr. Modi said the visa-on-arrival facility has been made available to NRIs in 43 countries. In addition, the facility of Electronic Travel Authorization (e-Visa) has also been introduced to save time.
iii. In order to spread knowledge about India among young NRIs, Mr. Modi proposed that an online quiz contest as part of future PBDs.
iv. At the occasion, two stamps of Rs. 25 and Rs. 5 and two coins of Rs. 100 and Rs. 10 denominations were released in the memory of Mahatma Gandhi.
4. ICCI Bank launched Contactless credit and Debit cards
i. ICICI Bank on 7 January 2015 launched contactless credit cards and debits cards called Coral Contactless Credit Card and Expressions Wave Debit Card respectively.
ii. These cards will enable customers to make electronic payments by waving the cards near a merchant terminal instead of dipping or swiping the cards.

iii. These cards are powered by MasterCard contactless and Visa payWave technologies.
iv. The key advantage of these two cards is speed and security.
The speed of transactions will add momentum to high value payments and the level of security is higher since the card doesn’t leave the customer during the transaction process.
5. Atul Khare appointed as the UN Under-Secretary-General

i. Atul Khare was on 7 January 2015 appointed as the United Nations (UN) Under-Secretary-General, Department of Field Support (DFS). He will succeed Ameerah Haq of Bangladesh.
ii. His appointed was announced by United Nations Secretary-General Ban Ki-moon. Khare is currently providing charitable medical advice in India.
iii. Khare joined the Indian Foreign Service in 1984 and has served Indian diplomatic missions in France, Mauritius, Senegal, Thailand and the United Kingdom.
6. New Jersey to host international conference on Hindi in April
i. The International Hindi Conference with the theme of “Expanding World of Hindi: Possibilities and Challenges,” would be held in New Jersey in April. 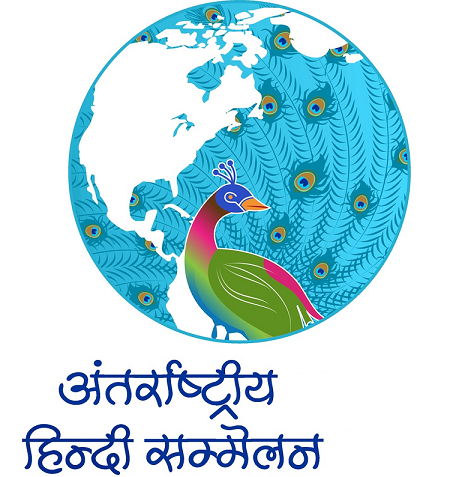 ii. To be attended by Hindi scholars from various parts of the world, in particular from the US and India between April 3-5, participants of the International Hindi Conference would discuss the current status of the teaching and learning of Hindi among other things.
iii. This conference will provide a forum for community members and leaders, language experts, policy makers, education administrators, advocates and other stakeholders from different parts of the US, Canada, South America and Caribbean countries, such as, Trinidad and Tobago along with experts from India to get together and share their views and research, examine a wide spectrum of opportunities, make plans for the future.
7. Gujarat govt announces industrial policy for 2015
i. The Gujarat government on Thursday announced its new industrial policy for 2015 aimed at making the state a global manufacturing hub, ahead of the Vibrant Gujarat Summit set to begin from 11th January.
ii.  it would play a pivotal role in realising Prime Minister Narendra Modi’s ‘Make in India’ dream and make Gujarat a global manufacturing hub, said an official release issued in Ahmedabad.
iii. Key focus areas of this policy include infrastructure development, simplification of labour laws and motivation of new innovations through technology transfer.
iv. Industries like auto components, engineering, drugs, cement and chemicals are flourish in Gujarat. Now, we wish to boost value addition in these existing resources.