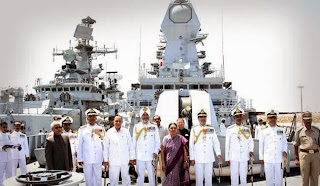 iii. Ms. Patel unveiled the plaque and read the commissioning warrant of the new base which is second in the state for the Indian Navy after INS Dwarka near Okha.

iv. Gujarat has a coastline of 1600 km interspersed with 43 ports. Of these, Kandla being a major port, 11 are intermediate and 31 are minor ports.

2. Russia celebrates victory day
i. Victory Day is Russia’s most important secular holiday, both commemorating the Soviet Union’s huge suffering in the war and highlighting Russia’s portrayal of itself as a force for peace and security.
ii. Chinese President Xi Jinping was the most prominent world leader to attend the Victory Day parade. 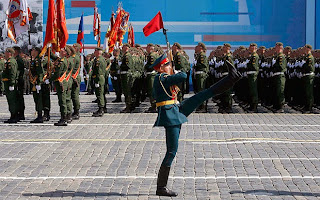 iii. Russia showed off new machines of war, including a highly sophisticated tank, in the annual Victory Day military parade through Red Square that marks the surrender of Nazi Germany and the Red Army’s key role in the defeat.
3. Modi to inaugurate first Gandhian studies centre in China
i. The first centre for Gandhian studies in China will be inaugurated at Shanghai’s Fudan University by Prime Minister Narendra Modi.
ii. The Centre for Gandhian Studies will be established at the Fudan University in China and the staff for it will be provided by Indian Council of Cultural Relations (ICCR).
iii. Mr. Modi, during his visit from May 14-16, will also announce the setting up of a Yoga College in China.
iv. India will provide Yoga specialists and help China to bring about a standardisation of Yoga techniques.
4. MoUs worth Rs 24,000 cr signed during PM Narendra Modi’s visit to Chattisgarh
i. In a big push for infrastructure development in Chhattisgarh, MoUs worth Rs 24,000 crore were signed at Dantewada.
ii. Here is a list of the MoUs that were signed:
5. PM Modi to unveil 3 social security schemes in Kolkata
i. Prime Minister Narendra Modi will launch three social security schemes pertaining to insurance and pension in Kolkata.
ii. While two insurance schemes – Pradhan Mantri Suraksha Bima Yojana (PMSBY) and Pradhan Mantri Jeevan Jyoti Bima Yojana (PMJJBY) will provide insurance cover in the unfortunate event of death by any cause or disability due to an accident, the pension scheme – Atal Pension Yojana (APY) will address the old age income security needs.
iii. The convenient delivery mechanism of the schemes is expected to address the problem of very low penetration of life or accident insurance and old age income security products in the country.
iv. The PMSBY will offer a renewable one year accidental death cum disability cover of Rs two lakh to all the savings bank account holders in the age group of 18 to 70 years for a premium of Rs 12 per annum.
6. India Posts’s e-commerce centre set to start operations
i. To cash in on growing online shopping trend, India Post Delhi circle will start its e-commerce centre from 11th May 2015.

ii. Considering the rapid growth of e-commerce business in the country in the recent past, the Department of Posts, through Delhi Postal Circle has taken up a project to establish the e-commerce centre at Safdarjang, New Delhi.
iii. The centre is to be dedicated to the nation by Ravi Shankar Prasad, hon’ble minister of communications and information technology.
iv. The centre is capable of handling 30,000 parcels or articles per day and parcels collected from the e-commerce customers, processed and dispatched within 24 hours to respective destination through quickest available flight or train, as the case may be. 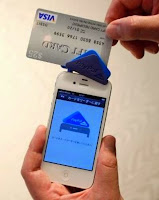 7. Now Whatsapp the money to your friends
i. Axis Bank, the country’s third largest private sector bank now facilitates instant transfer of money on various social media channels like Whatsapp, Facebook, Twitter, Email list and phone contact list.
ii. The bank’s Ping Pay service competes with other banks digital products like ICICI Bank’s Pockets and HDFC Bank’s Chillar.
iii. The transfer of funds is instant while in other platforms there is a waiting period of 30 minutes to one day
iv. The person to person funds transfer through Ping Pay would happen via NPCI’s Immediate Payment Service (IMPS) and currently the transaction limit is at Rs 50,000 per day.
8. Sakshi, Lalita win bronze in Asian Wrestling Championship
i. Sakshi Malik and Lalita bagged bronze medal in Women’s Freestyle 60kg and 55kg categories, respectively, even as Babita Kumari lost out on a third-place finish in 53kg division of the Senior Asian Wrestling Championship in Doha.
ii. Lalita was defeated by North Korea’s Han Kum-ok 3-9 in the semifinal but she managed to settle for a bronze medal in the end in her category.
iii. In a total of five rounds in the 60kg category, Sakshi won two of her bouts to claim the third position. 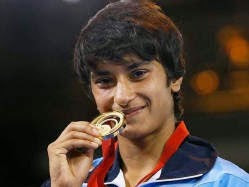