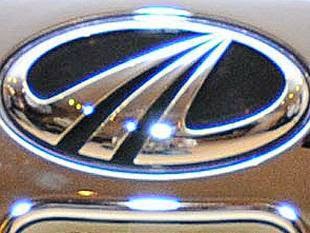 red the Mexican market, where it will
focus on industries such as telecom, banking, energy and manufacturing and help
create about 500 jobs in the next 24 months.

(ii)
The foray into Mexico is part of the company’s expansion strategy in the
Americas region. In Mexico, the company will offer solutions and consulting
services focused on meeting the needs of customers in various industries. These
include retail distribution and insurance, among others.
(iii)
Tech Mahindra will form partnerships with local

universities, business schools
and trade bodies to enable the creation of 500 jobs in the next 24 months

2.
India’s ranking improves among
high-risk nations: Analysis
(i).
India’s long-drawn election campaign may have seen rhetoric reach new extremes
of divisiveness but the risk of conflict and political violence in the country
has significantly declined relatively to others, according to a global index
that has red-flagged rising terror attacks in China as a growing cause of
concern for prospective investors.
(ii).
India remains a high-risk country and is rated 18 on the places most risky to
do business in according to the Conflict and Political Violence Index for 2014
compiled by London-based risk analytics firm Maplecroft.
(iii).
But this is an improvement from ninth place on the political violence front
among 197 countries in 2011, when it was categorised as an “extreme
risk” nation. 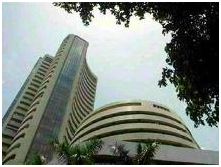 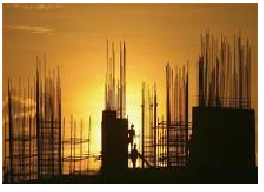 (i).
According to the new president of the Confederation of Indian
Industry (CII), India can achieve GDP growth rate of well over
6% provided that systemic reforms are carried out quickly by the new government.
(ii).
In the period of 2004-08 the GDP was at an average growing at the level of 9%,
thereafter for next 2 years the average growth fell down to 7% and in the last
few years it has lowered further. One of the important issues which the lower
economic growth brings to the forefront is of job creation and with no economic
growth it will be a greater challenge.
(iii).
Unveiling the CII action theme for the year as ‘Accelerating Growth,
Creating Employment’, he  said,
“With slowing growth and high inflation adversely impacting employment,
CII will urge the next government to focus on reviving growth and generating
new jobs.”
(iv).
He added that CII has proposed a strong 100-day action agenda for the new
government to boost growth. “A strong economic revival package and right
implementation of policies by a fresh Government can help create as many as 150
million jobs in the next ten years
(v).
CII further stated that with continuing robust reforms, GDP growth could be
taken back to the 8 per cent level in the next three years.

(i).
The Bharat Heavy Electricals Limited, BHEL has commissioned Gas Turbine
Generating unit at a power project in Oman. The 126 MW Gas Turbine Generator at
Qarn Alam-3 power project of Petroleum Development Oman is the second
successive project of BHEL in Oman.
(ii).
It has earlier commissioned two units of 126 MW Petroleum Development Oman Amal
Gas Turbine Generating project in 2012.
(iii).
The Gas Turbine Generator units were engineered, manufactured and supplied by
BHEL’s Hyderabad Plant while the control system has been supplied by the
company’s Bangalore works. Oman is one of the key export territories of BHEL.
(iv).
The public sector company has secured and executed 14 major contracts which
include the supply of 16 Gas Turbine sets in Oman alone in the past nearly two
decades. BHEL is currently executing various power plant projects in 20
countries for installing 7,000 MW power generating capacity worth over three
Billion dollars.