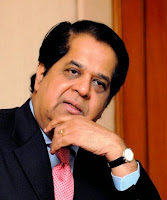 i. Eminent banker K.V. Kamath was on Monday appointed as head of the USD 50 billion New Development Bank being set up by the five emerging economies of BRICS grouping.
ii. Mr. Kamath will have a five-year term of the bank, which is likely to be operationalised within one year.
iii. About NDB – The New Development Bank (NDB), formerly referred to as the BRICS Development Bank, is a multilateral development bank operated by the BRICS states (Brazil, Russia, India, China and South Africa) as an alternative to the existing US-dominated World Bank and International Monetary Fund. The bank is set up to foster greater financial and development cooperation among the five emerging markets.


2. President Mukherjee inaugurates `Namaste Russia` festival in Moscow
i. President Pranab Mukherjee, currently on his four-day official visit to Russia, has inaugurated a festival of Indian Culture ‘Namaste Russia’ in Moscow.
ii. As part of the festival, the Russian Ministry of Culture will support the initiatives of the Indian Council for Cultural Relations (ICCR) in sending Indian teachers of music and dance to regional centres in Russia from May 2015 to October 2015. 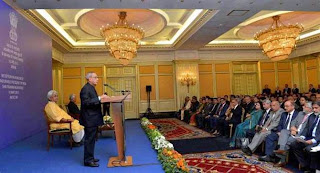 iii. Special emphasis will be on encouraging the participation of youth of both the countries in cultural exchanges.
iv. The logo for the festival was designed by a young Russian from the Russian town of Krasnoyarsk, who succeeded in an open competition participated by both Indians and Russians.

3. Jayaram Jayalalitha cleared of corruption charges
i. An appeals court in southern India has acquitted powerful regional politician Jayaram Jayalalitha of corruption charges, clearing the way for her to return to public office.
ii. The High Court of Karnataka delivered its verdict on the appeal by former Tamil Nadu chief minister J Jayalalitha challenging a special court order convicting her in the disproportionate assets case.

iii. Supporters from Jayalalitha’s party cheered, set off fire crackers and danced in the streets of the Tamil Nadu state capital of Chennai, her hometown, after the Karnataka High Court in Bangalore delivered its verdict.

i. China overtook the United States as the world’s top importer of crude oil for the first time in April, and its purchases are expected to remain strong despite a slowing economy, with far-reaching consequences for global oil and commodities markets.
ii. China is already the world’s biggest energy consumer, with oil by far the largest traded energy market.
iii. The Saudi-led decision by the Organization of the Petroleum Exporting Countries (OPEC) in November 2014 not to cut production despite the slide in oil prices has been largely motivated by an effort to defend market share against outside competitors like Russia or US shale producers.

i. Nico Rosberg has finally got the better of Mercedes teammate Lewis Hamilton this season, winning the Spanish Grand Prix.
ii. A crowd of 86,700 watched the race, with a total of 189,000 spectators attending the Catalunya circuit.
iii. McLaren’s misery continued as two-time F1 champion Fernando Alonso retired just short of halfway with faulty brakes on the track.
6. May 11: National Technology Day
i. Every year, `National Technology Day’ is observed across India on May 11.
ii. This day glorifies the importance of science in day-to-day life and motivates students to adopt science as a career option.
iii. National Technology Day is being commemorated to celebrate the anniversary of first of the five tests of Operation Shakti (Pokhran-II) nuclear test which was held on 11 May 1998 in Pokhran, Rajasthan.
iv. Apart from Pokhran nuclear test, on this day first indigenous aircraft Hansa-3 was test flown at Bangalore and India also conducted successful test firing of the Trishul missile on the same day.

iii. Defending champion Nadal was aiming for a record fifth win in Madrid but Murray outclassed his Spanish opponent to lift his first Masters title on clay.