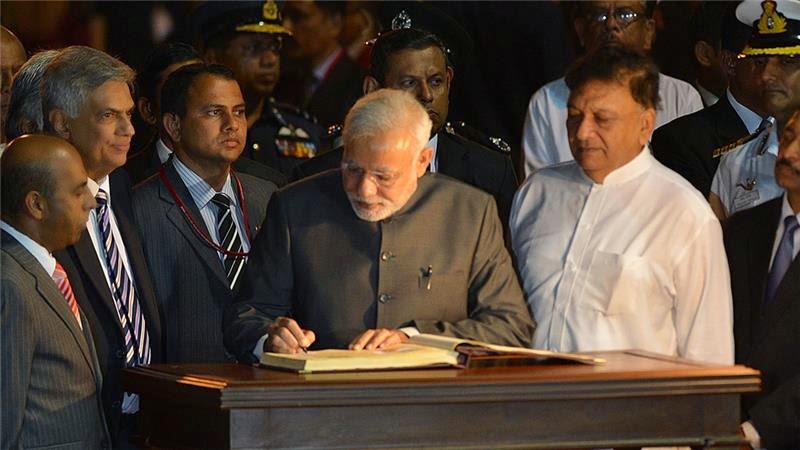 ii. India stands ready to help Trincomalee become a petroleum hub and announced that New Delhi will provide a fresh Line of Credit of up to USD 318 million for the railways sector in Lanka.
iii.  The Prime Minister will visit the peninsular area of Jaffna home to the island’s Tamil minority and which bore the brunt of a 37-year separatist war in which .India was intricately involved.
iv. Rajiv Gandhi was the last prime minister to visit Sri Lanka in 1987.
2. RBI, Sri Lankan central bank agree on $1.5 billion currency swap deal
i. Reserve Bank of India has agreed for a $1.5 billion currency swap agreement with the Sri Lankan central bank to help the island nation keep its currency stable,
ii. At the current valuation, one Indian rupee is equivalent to 2.12 Sri Lankan Rupee. It has lost almost three per cent value in comparison to the Indian rupee so far in 2015.
3. Electric power transmitted wirelessly in Japan
i. In a breakthrough, Japanese researchers have successfully transmitted electric power wirelessly to a pinpoint target using microwaves, an advance that brings space-based solar power closer to reality.

ii. According to Japan Aerospace Exploration Agency, or Jaxa, the researchers were able to transform 1.8 kilowatts of electric power into microwaves and transmit it with accuracy into a receiver located 55 metres away.
iii. In space-based solar power generation, sunlight is gathered in geostationary orbit and transmitted to a receiver on Earth.
iv. If implemented, microwave-transmitting solar satellites would be set up approximately 35,000 kilometres from Earth.
4. Cairn India gets Rs. 20,495-crore tax notice
i. The Income Tax Department has slapped a Rs. 20,495-crore tax demand on Cairn India for failing to deduct withholding tax on alleged capital gains made by its erstwhile promoter, Cairn Energy.

ii. I-T Department had slapped a Rs. 10,247-crore tax demand on Cairn Energy for an alleged Rs. 24,500 crore worth capital gains it made in 2006 while transferring all its India assets to a new company, Cairn India.
iii. A demand of approx Rs. 20,495 crore (comprising tax of approx Rs. 10,248 crore and interest of approx Rs. 10,247 crore) is alleged to be payable.
iv. The company is the latest to join a slew of multinational firms, including Vodafone Group and Royal Dutch Shell, to face tax demand owing to a retrospective tax law.
5. Saina rises to 2nd, Kashyap in top-10 of BWF rankings
i. Olympic bronze-medallist Saina Nehwal attained a new high as she climbed to a career-best second in the latest Badminton World Federation (BWF) rankings. 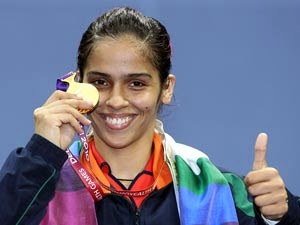 ii. The Indian, who is currently competing in the Malaysia Open Super Series, is a distant second to top-placed Olympic champion Li Xuerui of China who has 94626.7153 points.
iii. In the men’s list, Olympic quarter-finalist Parupalli Kashyap also headed northwards as he reached a career-high 10th.
iv. P Kashyap, who was 11th in the previous rankings, has 51986.6900 points and is the only Indian in the top-25 of the BWF list.
6. Karnataka clinch eighth Ranji Trophy title
i. Karnataka scored a resounding victory — by an innings and 217 runs — over Tamil Nadu to retain the Ranji Trophy.
ii. K.L. Rahul, Karun Nair and R. Vinay Kumar showed their batting prowess and Karnataka made a statement that it was the best team in two years, undefeated in the last 28 matches. 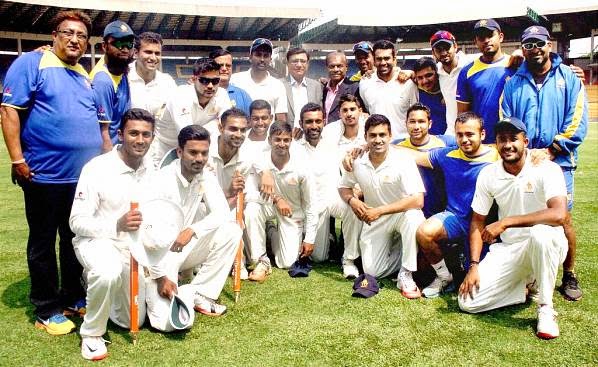 iii. BCCI secretary Anurag Thakur gave away the trophy. KSCA will receive Rs. 2 crore, while TNCA will get Rs. 1 crore.