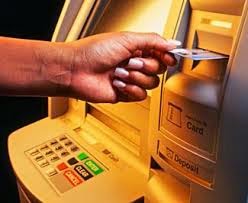 i. Frequent
withdrawal of money from ATMs will become expensive from November, with the RBI
imposing a limit of 3 transactions per month from ATMs of other banks and 5
from the same bank in six metropolitan cities.
ii. A customer will be required to pay
a fee of up to Rs 20 for using Automated Teller Machines (ATMs) beyond the
permitted numbers of transactions in
Delhi, Mumbai, Chennai, Bangalore, Kolkata and Hyderabad.
iii. The new guidelines, which were
issued in pursuance of a representation made to the central bank by Indian
Banks’ Association, will come into effect from November 1, 2014.
iv. “The number of mandatory free
ATM transactions for savings bank account customers at other banks ATMs is
reduced from the present 5 to 3 transactions per month (inclusive of both
financial and non-financial transactions) for transactions done at the ATMs
located in 6 metro centres,” RBI said in a notification.
v. With regard to own bank ATMs, RBI
said that banks will have to permit at least 5 free transactions per month
(both financial and non-financial).
vi. Banks have been allowed to charge a
maximum fee of Rs 20 per transaction
beyond the stipulated ceilings.
vii. The Reserve Bank of India (RBI)
also made it clear that the said reduction will not apply to small/no
frills/basic savings bank deposit account holders.
Note: i. Also, it will not be applicable for
account holders other than the six metro cities.
ii. The Reserve Bank said the cap on
the number of free ATM transactions have been imposed in view of the growing
cost of ATM deployment and maintenance incurred by banks and also in view of
rising interchange outgo due to free usages.
2.
Govt. launch Jan Dhan
scheme to promote financial inclusion
i. Prime Minister Narendra
Modi launched ‘Pradhan Mantri Jan Dhan Yojana’ to help the poor open bank
accounts which will come with the facility of a debit card and an insurance
cover of Rs 1 lakh.
ii. Observing that
people have mobile phones but not bank accounts, Modi said, the scheme will
help in bringing the benefits of formal banking system to them.
iii. Under the Jan Dhan
Yojana, he said, “the person who will open bank account will get a debit
card and the family will get Rs 1 lakh insurance cover.
iv. The Union Cabinet
has already cleared the two-phase financial inclusion scheme under which bank
accounts will be opened for 15 crore poor persons with an overdraft facility of
Rs 5,000 and accident insurance of Rs 1 lakh.

Note: i. The
main features of the scheme include Rs
5,000 overdraft facility for Aadhar-linked accounts, Ru Pay Debit Card with inbuilt Rs 1 lakh accident
insurance cover and minimum monthly remuneration of Rs 5,000 to business
correspondents who will provide the last link between the account holders and
the bank.
ii. The scheme, to be
pushed by the government in a mission mode, seeks to provide two accounts to
7.5 crore identified households by August 2018.
3.    Prime Minister Modi announces ‘Sansad Aadarsh Gram
Yojana’
i. Prime Minister also
announced the ‘Sansad Aadarsh Gram Yojna’ on the occasion of Independence Day.
ii. Announcing the scheme for
cleanliness drive, Modi said, “There are several schemes under Prime
Minister’s name. But today I announce a scheme under Parliament’s name, ‘Sansad
Aadarsh Gram Yojna’.
iii. The blue print of Sansad
Aadarsh Gram Yojana will be declared before the nation on October 11, the birth
anniversary of Jaiprakash Narain, he said.
iv. Earlier, he also announced
the ‘Pradhan Mantri Jan Dhan Yojna’ for farmers, under which the farmers will
be given the insurance of one lakh rupees.
4.    PM Modi inducts INS Kolkata, says it will boost our
military prowess

i. Prime Minister Narendra Modi
on Saturday commissioned INS Kolkata, India’s largest indigenously built
warship, at the Naval Dockyard in Mumbai.
ii. It
is an advanced version, but significantly more versatile, of the Delhi-Class
ships – INS Delhi, INS Mysore and INS Mumbai – which will add considerable
teeth to India’s maritime warfare capabilities with all-round capabilities
against enemy submarines, surface warships, anti-ship missiles and fighter
aircraft.
iii.
Defence minister Arun Jaitley and chief of naval staff Admiral RK Dhowan were
also present during the ceremony.
iv.
“INS Kolkata is entirely built in India and it is a symbol of
self-reliance,” said Modi while addressing the sailors at the
commissioning ceremony.
v.
The warship, constructed by the Mazagon Dockyards Limited, has been designed by
Navy’s design bureau. The 6,800 tonne warship is a technology demonstrator and
will showcase a giant leap in shipbuilding technology in the country.
Note:
The Prime Minister had dedicated India’s largest warship INS Vikramaditya to the nation in June in his first outing after
taking charge.
5.    Govt re-launches Varishtha Pension Bima Yojana
i. The government has
re-launched the Varishtha Pension Bima Yojana, for the benefit of citizens aged
60 years and above.
ii. The scheme will provide
financial security to almost half a million people by ensuring regular income
during their advancing year.
iii. After re-launching the
scheme in New Delhi yesterday, Finance Minister Arun Jaitely said it will
benefit the vulnerable section of society with limited resources as it will
provide monthly pension ranging from 500 to 5,000 rupees per month to
senior citizens of the country.
Note: The
Scheme will be
administrated by the Life Insurance Corporation, LIC.
6.    Bhutan, Nepal two most peaceful countries in South
Asian region: GPI
i. Bhutan and Nepal are the two most
peaceful countries in the South Asian region.
ii. According to Global Peace Index,
2014 released recently Bhutan stands
at 16th position and Nepal at 76th position.
iii. Banghladesh is ahead of India,
Pakistan and Afghanistan in terms of ‘state of peace’.
iv. While Bangladesh occupied 98th
position, India was rated at 143,
Pakistan 154, and Afghanistan at 161.
v. The Global Peace Index is the
world’s leading measure of global peacefulness produced by the Institute for
Economics and Peace, gauging domestic and international conflict, safety and
security in 162 countries by using 22 indicators.
vi. Sri Lanka has been rated at 105th
position.
Note: Iceland, Denmark and Austria were ranked
first, second and third respectively. India
was rated at 143.
7.    Former RBI Governor Bimal Jalan to head the
Expenditure Management Commission
i. The Union Government
decided to appoint former RBI governor Bimal Jalan as the head of the
Expenditure Management Commission. ii.
He would be tasked to suggest ways for managing public finances by reducing
food, fertiliser and oil subsidies to include fiscal deficit.
Expenditure Management Commission
i. Union Finance minister Arun Jaitley had announced the
setting up of an Expenditure Management Commission in the Union Budget 2014-15
in July 2014.
ii. The purpose of
setting up the commission is to cut-off the spending and review government
expenditure to get maximum output.
iii. The Commission will
submit its interim report before the Budget of 2015-16 and its final report
before the Budget of 2016-17.
8.    Karnataka, Kerala sign MoU for rural livelihood
mission
i. Karnataka and Kerala governments have
signed an MoU for rural livelihood mission.
ii. The Karnataka Minister for Rural Development and
Panchyatraj, H K Patil, and the Kerala Chief Minister, Ommen Chandy, had signed
the MoU on August 13 at Thiruvanathapuram.
iii. As per the MoU, Kerala Governement’s Kudumbashree and
Karnataka State Rural Livelihood Mission are to help train and hand-hold rural
Self Help Groups (SHGs) in Karnataka.
9.    Gadkari announces 15,000 cr road projects for UP,
Haryana
i. Union Minister for Roads, Highways and
Shipping Nitin Gadkari on Friday announced Rs 15,000 crore road projects in
Uttar Pradesh and Haryana.
ii. The Centre would invest over 15,000 crore for
construction of roads in Uttar Pradesh and Haryana. 5,000 crore would be
allotted for road projects in Uttar Pradesh whereas Haryana would get 10,000
crore, Gadkari at the foundation stone laying ceremony of a flyover to be built
over Yamuna river here.
iii. The Minister said the 200 crore flyover
project, stretching over 23 km, would connect Greater Noida and Greater
Faridabad.
iv. “The flyover would be completed in two years. It would
help in the development of both the districts,” he said.
10.  Ravichandran Ashwin nominated for 2014 Arjuna Award 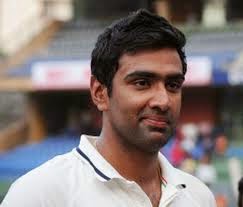 i. Offspinner Ravichandran
Ashwin has been nominated for the 2014 Arjuna Award for his performances as
India’s leading spinner.
ii. The Tamil Nadu player, who
made his Test debut in 2011, was part of India’s World Cup victory that year
and recently became the number one allrounder in the ICC rankings.
iii. In the Test rankings,
Ashwin displaced South Africa’s Vernon Philander at the number one spot.
iv. The 27-year-old Ashwin has
been India’s premier offspinner for the last few years and he has taken 104
Test wickets from 20 matches and 106 scalps from 79 ODIs.
11.  Delhi University professor Dr. Sunil Kumar received
Global South Award of IPSA
i. Delhi University
professor Dr. Sunil Kumar received Global South Award given by International
Political Science Association (IPSA). The award was given at the 23rd world
congress of political science held in Montreal, Canada.
ii. Dr. Kumar received
the award in recognition of outstanding work on the politics of the developing
world. He was awarded for his paper titled Changing Landscape of Electoral
Democracy and Political Demography: A Study of 2014 General Elections in India.
iii. He
is an Associate Professor in Political Science Department of Shyam Lal College
of Delhi Univeristy.
iv. The
first Global South Award was bagged by Aam Aadmi Party leader Yogendra Yadav in
2009.
12.  China unveiled next generation ICBM Dongfeng -41
i. China on 3 August 2014 unveiled its
next generation Intercontinental Ballistic Missile (ICBM) Dongfeng – 41
(DF-41).
ii. The missile with an operation range
varying between 12000 km to 15000 km is amongst the world’s longest range
missiles.
iii. DF-41 with its long range has similar
abilities to the US rocketMinuteman, which has a range of 13000 km or
Russian RS-24M Yars.
iv. The
DF-41 missile is a nuclear solid fuelled road mobile intercontinental ballistic
missile and the weapons are meant for deterrence. Further it is speculated that
the DF-41 missiles will be able to carry three nuclear warheads.
13.  Maryam Mirzakhani became the first woman to bag Fields
Medal
i. Maryam
Mirzakhani, an Iranian born mathematician, became the first woman to win
coveted Fields Medal on 13 August 2014 in Seoul, South Korea.
ii. The award recognized
her contributions to the field of geometry particularly in studying the
symmetry of curved surfaces such as spheres.
iii. Mirzakhani’s
work has implications for the study of cryptography and prime numbers as well
as for physics and quantum field theory.
iv. She was one of four
mathematicians who were awarded the Fields Medal 2014. Three other awardees
were:
• Artur Avila of the Institute of Mathematics of
Jussieu, for his contributions in Dynamical Systems Theory
• Manjul Bhargava of Princeton University, for
developing new approach in the geometry of numbers
• Martin Hairer of the University of Warwick,
for his contributions to the Theory of Stochastic Partial Differential
Equations
14.  Kush Kumar became first Indian player to reach semi
final of World Junior Squash Championship
i. Kush
Kumar on became the first Indian player to reach the semi-final of World Junior
Squash Championship. The championship is being held in Windhoek, Namibia.
ii.
He achieved this feat when he defeated England’s George Parker 11-8, 11-8 in
straight games in quarterfinal of the WSF World Junior Individual Squash
Championship. From the outset, Kumar had a firm control of the proceedings,
getting his drive on direction and drops to perfection.