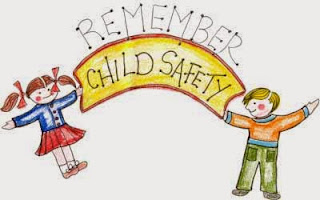 iii.  ChildLine provides a toll-free helpline service (1098) for children in distress, first launched in 1996, Bachpan Bachao Andolan sets itself a mission to protect and rescue children from slavery, trafficking and forced labour.

iv. Google will help these organisations pilot smart new applications of technology with $ 5,00,000 in grants through Google.org to ensure that children in India remain safe.

IDBI Bank to roll out e-huts

i. IDBI Bank has decided to roll out e-huts to connect with the rural populace.
ii. The bank has currently introduced e-lobbies which are next to the branches. The e-hut concept will be completely unmanned units.
iii. e-huts is a concept that is widely accepted in the West, but in India, it’s yet to pick up.
Draupadi Murmu sworn in as first woman Governor of Jharkhand
i. Draupadi Murmu was sworn in as the first woman Governor of Jharkhand. Murmu succeeds Syed Ahmed, who will take over as Manipur Governor.
ii. A two-time BJP MLA from Odisha, she was a minister in the Naveen Patnaik cabinet when the Biju Janata Dal ruled the state with the support of Bharatiya Janata Party. 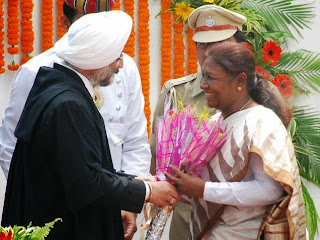 iii. She headed the BJP’s Mayurbhanj district unit in Odisha and had represented Rairangpur in the Odisha assembly. Jharkhand High Court Chief Justice Virendra Singh administered the oath of office to Murmu.
iv. Jharkhand Chief Minister Raghubar Das, his cabinet colleagues, former Chief Ministers Shibu Soren and Arjun Munda, Union Minister of State for Rural Development Sudarshan Bhagat and a host of other dignitaries were present during the oath-taking ceremony. 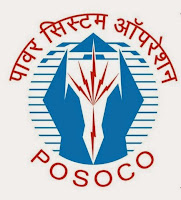 i. The India Meteorological Department (IMD) under the Union Ministry of Earth Sciences on 18 May 2015 signed Memorandum of Understanding (MoU) with Power System Operation Corporation Ltd (POSOCO) for optimum use of weather information/forecast in the power sector.
ii. All weather information provided by ESSO-IMD will be used by the Power System Operators across the India for better management of Indian Power System.
iii. IMD will make available current weather information for the identified stations; and forecasts at different time scales of temperature, humidity, wind speed, wind direction and rainfall of the identified stations/sectors.
Indian-American Harkeert Singh Saini won Prestigious Police Award in Texas

i. Harkeert Singh Saini, an Indian-American policeman in third week of May 2015 won the prestigious Top Civilian Supervisor of the Year.
ii. Saini who hails from Hoshiarpur district of Punjab received his award from Houston Mayor Anise Parker and Police Chief Charles A McClelland.
iii. 44-year-old Saini shifted to Houston in 1998 and joined its police department in March 2000.
Reliance Jio inks pact with Huawei for sourcing 4G devices
i. Reliance Jio Infocomm, the telecom arm of Reliance Industries (RIL) has signed a pact with Chinese firm Huawei for sourcing various 4G devices.
ii. RJio plans to launch 4G service this year in around 5,000 towns and cities, accounting for over 90 per cent of urban India and over 215,000 villages. 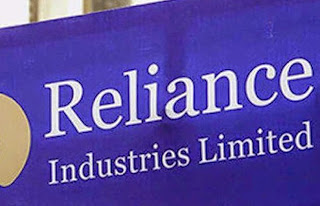 iii. Reliance Jio and Huawei have signed an agreement for 4G devices which includes smartphones, tablets and mifi dongles. It has signed agreement with couple of other Chinese device maker as well.
iv. On May 7, RJio raised a $750 million (nearly Rs 4,500 crore) loan to procure goods and services from South Korean firms Samsung Electronics and Ace Technologies.
INS Kavaratti launched
i. Indian Navy’s latest anti-submarine warfare class stealth corvette, the INS Kavaratti was launched in line with a series of recent developments in India’s defence preparedness.
ii. Kavaratti is the last of the four anti-submarine warfare class stealth corvettes being built for India under Project 28.
iii. The corvette, with a displacement of 3,300 tonnes, has a length of 109.1 metres and measures 13.7-m at beam.
iv. It was designed by the Directorate of Naval Design and built by Garden Reach Ship Builders and Engineers.
v. INS Kamorta, the first ship under this project, was commissioned by the Navy last year. Kadmatt and Kiltan are scheduled for delivery between 2015-2017. 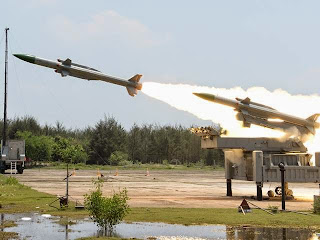