iii. The Man Booker International Prize, worth £60,000, is awarded for an achievement in fiction on the world stage.  It is presented once every two years to a living author for a body of work published either originally in English or available in translation in the English language.
2. Centre to launch agri-training programme in 593 Sansad Adarsh Grams
i. Centre is planning to launch soon an agri-training programme in 593 villages under the Sansad Adarsh Gram Yojana, one of the flagship schemes of Prime Minister Narendra Modi.

ii. The nodal Agriculture Ministry is working out the training programme guidelines for implementation in each village adopted by Members of Parliament under the Sansad Adarsh Gram Yojana (SAGY).
iii. The agri-training programme, to be conducted for two days in each village, will be implemented by the National Centre of Organic Farming and Central Fertiliser Quality Control and Training Institute along with the support of the state governments.
iv. SAGY, which was launched in October 2014, is a rural development programme that primarily focuses upon the development in villages.
3. Government to award road projects worth Rs 3 lakh crore
i. In a big push for infrastructure development, the government plans to award Rs 3 lakh crore of road projects this year as it looks to more than double highway construction to 30 km per day.
ii. Besides the plans to upgrade and expand National Highways, govt. is planning a 1,000-km Chaar Dhaam Yatra project to connect the four holy towns of Yamunotri, Gangotri, Kedarnath and Badrinath with highways at a cost of Rs 11,000 crore.
iii. Ministry is planning to build 5,000-km of road network all along the borders and coastal areas under a new scheme to be called ‘Bharat Mala’ at a cost of Rs 50,000 crore.
4. 25 companies to sell shares for the first time
i. The government has drawn up a list of 25 state-owned companies that could sell shares to the public for the first time, possibly raising more than a third of India’s record divestment target for the fiscal year.
ii. They include profit-making arms of Coal India and ONGC that could help the government get around Rs 25,000 crore in total.
iii. The unlisted firms may include ONGC Videsh, Southern Coalfields, Bharat Broadband, KIOCL and Mazagon Dock.
iv. Recently the cabinet committee on economic affairs (CCEA) approved a 10 per cent stake sale in the country’s biggest refiner and fuel retailer Indian Oil Corp. and 5 per cent in power producer NTPC. 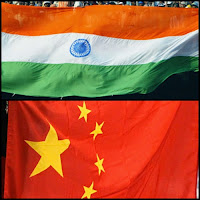 5. India’s economic growth to surpass China’s in 2015-16: UN report
i.  India’s economic growth is projected to surpass that of China’s, with the GDP expected to zoom by 7.7 per cent in 2016, according to a UN report which said India will help accelerate economic growth in South Asia.
ii. China is projected to grow by 7 per cent in 2015 and 6.8 per cent next year.
iii. The report termed South Asia’s economic outlook as “largely favourable” since most economies are expected to experience a strengthening of growth in 2015-16 on the back of stronger domestic consumption and investment.