Access to all Banking Exams Courses
Subscribe Now
READ ON APP
Home Uncategorized Daily GK Updates – 26th May 2015
Facebook
Twitter
Google+
Pinterest
WhatsApp
May 26, 2015
PM Modi launches ‘Kisan TV’ for farmers
i. Marking the first anniversary of NDA government, Prime Minister Narendra Modi launched ‘Kisan TV’ at a function held in Vigyan Bhawan.
ii. In his address, PM stressed on the need for improving farmers’ condition in the country. He said if country wants to progress, the elevation of villages and farmers is the stepping stone.

iii. After coming to power, the NDA government had announced that it will launch a 24—hour TV channel for farmers.

iv. In his Union Budget 2014 speech, Finance Minister Arun Jaitley, who now also holds the charge of the I&B ministry, had announced that a 24—hour TV channel will be dedicated to the agriculture sector, for which he had marked an outlay of Rs. 100 crore.

On day one Tamil Nadu CM Jaya okays Rs 1,800-crore for welfare schemes
i. A day after being sworn in as Chief Minister of Tamil Nadu for the fifth time, J Jayalalithaa on Sunday announced development and welfare schemes worth over Rs 1,800 crore.
ii. Jayalalithaa launched several schemes, including those for improvement of roads, drinking water facilities and for helping needy families headed by women. 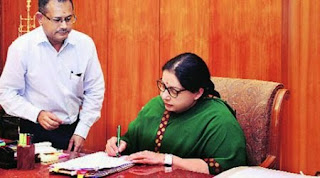 iii. The major thrust will be for urban and rural roads. She allocated Rs. 1,000 crore for urban roads, including those under Chennai corporation limits as it was necessary to repair roads dug up repeatedly by various agencies like Metrowater and those damaged in rains.
iv. For the rural roads, the government will spend Rs. 800 crore covering 3,500 km of road network of which 50 per cent will be spent on laying new bitumen roads and the rest for repairing the damaged roads.
v. As industrialisation of cities increased housing demand in town panchayats, the Chief Minister had sanctioned green houses for 20,000 families in the initial phase. Each family will be granted Rs. 2.10 lakh; and poor in town panchayats living in mud or thatched houses were eligible for the scheme to be implemented by the Tamil Nadu Slum Clearance Board.
ICICI Launches Voice Password Facility for Phone Banking 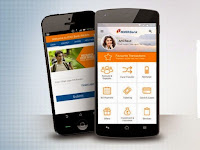 i. ICICI Bank launched voice recognition service which authenticates customers based on their speech patterns and allows them to execute banking transactions through the bank’s call centre in a quick, secure and convenient manner.
ii. The-first-of-its kind service by a bank in the country, it is available to over 33 million customers of its savings account and credit card.
iii. With the voice recognition technology in place, customers are no longer required to enter their card numbers, PIN and answer security questions to authenticate themselves.
iv. Their voice will now act as the password for banking transactions through the call centre.
v. The voice recognition technology works on voice prints, which are unique to an individual. It comprises more than 100 characteristics including voice modulation, speed, accent, pronunciation which are impossible to imitate, thereby enhancing security.
Corporation Bank Cuts Lending Rate 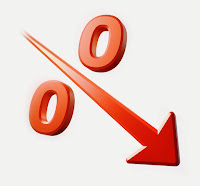 i. State-run Corporation Bank cut base rate or minimum lending rate by 0.25 percentage point to 10 per cent, a move which will lead to lower EMIs for its customers.
ii. The bank has revised the base rate for lending from 10.25 per cent to 10 per cent with effect from June 1.
iii. With the reduction, all loans linked to base rates will now become cheaper by at least 0.25 per cent.
iv. During the month, many banks including Punjab National Bank, Bank of Baroda, and IDBI BankBSE -1.84 % reduced base rate by 0.25 per cent to 10 per cent.
v. State Bank of India, the country’s largest lender, had reduced its base rate by 0.15 per cent to 9.85 per cent effective April 10.
MUDRA banks partners with 19 regional coordinators to reach small entrepreneurs
i. Micro Units Development Refinance Agency (MUDRA) Bank has partnered with 19 state and regional level coordinators to reach those small entrepreneurs who are often cut off from the banking system because of a limited branch presence.
ii. This initiative is expected to help finance ‘Last Mile Financiers’ of small and micro businesses. These businesses would in turn generate almost 10 times jobs compared to what was being generated by the big companies currently. 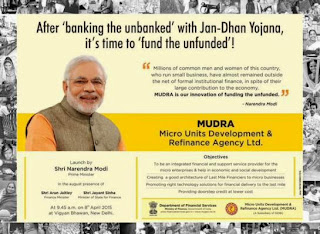 iii. MUDRA Bank’s effort is likely to transform small enterprises into a Rs. 11 lakh crore industry, which would give a significant push to country’s economy.
iv. The Central government had set up MUDRA Bank to boost the growth of small scale businesses as small entrepreneurs face difficulty to access banking system for various reasons. This venture by MUDRA will help finance small and micro businesses at the grassroots level.
Manoj Mishra appointed as CMD of National Fertilizers Ltd (NFL)

i. Government has appointed Manoj Mishra as Chairman and Managing Director of state-run National Fertilizers Ltd (NFL).
ii. Mishra, currently posted as Director Finance at State Trading Corporation (STC), is likely to assume the charge of CMD of the fertiliser firm this week.
iii. In September last year, government headhunters Public Enterprises Selection Board (PESB) had recommended Mishra’s name for the top post at NFL. NFL’s CMD post fell vacant after the retirement of Neeru Abrol in February 2014.
Mandeep Kaur wins two gold medals at World Junior Championship
i. Punjab pugilist Mandeep Kaur Sandhu has won two gold medals (52 kg category) on Saturday at the Women’s World Junior Boxing Championship in Taipei, thus scripting a classic rags to rich storyline.
ii. Indian boxers had a terrific outing in the tournament as they won 7 medals in all, including three golds, a silver and two bronze.
iii. Fifteen year old Mandeep, who hais from Chakkar village, defeated Ireland’s Niamh Earley in the final match by a 3-0 margin to win gold. Mandeep was dominant in her category throughout the tournament and registered some thrilling wins. 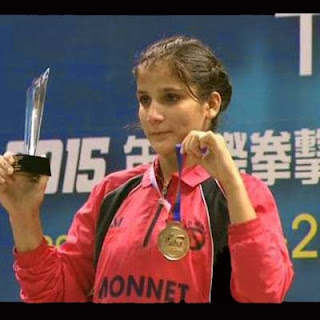