Access to all Banking Exams Courses
Subscribe Now
READ ON APP
Home Uncategorized Daily GK Updates: 29 July 2014
Facebook
Twitter
Google+
Pinterest
WhatsApp
July 29, 2014
1. Eid – ul-Fitr celebrated across Nation
i. Eid-ul-Fitr, which marks the culmination of the fasting month of Ramzan, is being celebrated across the country on Tuesday. 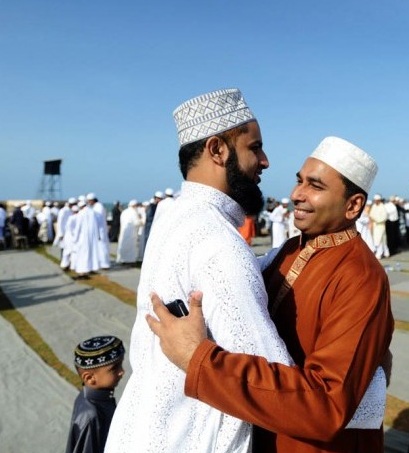 iv. Ramzan, the ninth month of the Islamic lunar calendar, is observed as a fasting period by Muslims who abstain from food and water from sunrise to sunset and it culminates in Eid-ul-Fitr celebrations.

2. International Tiger Day 2014 observed across the world
i. The World on 29 July 2014 observed the International Tiger Day. The day is celebrated as an awareness day. The goal of the Tiger Day is to promote protection and expansion of the wild tiger habitats and also to gain support awareness for tiger conservation.
ii. At present the number of wild tigers is at its lowest. In last 100 years, around 97 percent of the total tigers population have been lost. In 1913, the world has about 1 lakh wild tigers, which has dropped to 3000 in 2014.
iii. As per estimates, India in 2010 had 1706 wild tigers that increased from 1411 in 2006. Among the 13 tiger-range countries, India has the highest number of tiger population.

4. Flipkart raises $ 1bn in fund – highest in Indian e-commerce
i. Flipkart on Tuesday announced it has raised $1 billion (Rs 6,000 crore), the largest ever fund-raising by an Indian internet company.
ii. The company declined to disclose the valuation at which it has raised funding. However, according to multiple people involved in the deal, the Bangalore-based company is now valued at about $7 billion.
iii. “This is a great milestone for Flipkart and for internet companies in India. It is a whole new benchmark we have set,” said Sachin Bansal, co-founder and chief executive.
iv. The company has so far raised over $1.7 billion in risk capital funding. In May, Flipkart raised $210 million led by Russian billionaire Yuri Milner’s DST Global a few days after announcing its acquisition of fashion portal Myntra.
v. The seven-year-old firm was valued at $2.6 billion at the time

5. Textile policy aims to create 35 mn jobs, $300 bn exports
i. The draft National Textile policy, aims at achieving 300 billion dollars exports by 2024-25 and creation of additional 35 million jobs by attracting investments.
ii. The draft Vision, Strategy and Action Plan for Indian Textiles and Apparels was presented to the Textiles Minister Santosh Kumar Gangwar yesterday. Expert Committee Chairman Ajay Shankar presented the blueprint to the Minister.
iii. Ministry of Textiles had initiated the process of reviewing the National Textile Policy, 2000, keeping in view the various changes in the textile industry on the domestic and international fronts and an Expert Committee was constituted to make fresh recommendations.

6. Moeen Ali banned from wearing ‘ Save Gaza’ wristbands for England
i. English all-rounder Moeen Ali has been banned from wearing “Save Gaza” and “Free Palestine” wristbands till the remainder of the third Test match against India in Southampton. ICC match referee David Boon inflicted the decision upon Ali.
ii. Earlier, the England and Wales Cricket Board (ECB) had cleared Ali to wear the bands. They stated that he was making a humanitarian statement and not a political one.
iii. But the ICC issued the following statement on Tuesday morning: “The ICC equipment and clothing regulations do not permit the display of messages that relate to political, religious or racial activities or causes during an international match.
iv. Moeen Ali was told by the match referee that while he is free to express his views on such causes away from the cricket field, he is not permitted to wear the wristbands on the field of play and warned not to wear the bands again during an international match.”

8. South African Tim Clark wins Canadian Open golf
i. South African Tim Clark clinched his second PGA Tour title when he sank a six-foot par putt to beat American Jim Furyk by one stroke at the Canadian Open on Sunday.
ii. Clark knocked his clutch putt in dead centre to edge Furyk in a battle between two players who badly needed a victory to shed the bridesmaid tag.
iii. Clark has finished second 12 times on tour and had major elbow surgery in 2011, so he exuded a mixture of excitement and relief as he greeted his Canadian wife and two young children next to the 18th green at Royal Montreal.