Access to all Banking Exams Courses
Subscribe Now
READ ON APP
Home Uncategorized Daily GK Updates – 29th May 2015
Facebook
Twitter
Google+
Pinterest
WhatsApp
May 29, 2015
India tops in World Hunger List with 194 Million People: UN Report
i. India is home to the highest number of hungry people in the world, at 194 million, surpassing China, according to United Nations annual hunger report.
ii. At the global level, the corresponding figure dropped to 795 million in 2014-15, from 1 billion in 1990-92, with East Asia led by China accounting for most of the reductions, UN body Food and Agriculture Organisation (FAO) said in its report titled ‘The State of Food Insecurity in the World 2015’. 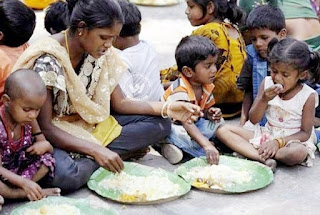 PK Sinha appointed cabinet secretary by Narendra Modi
i. Power Secretary Pradeep Kumar Sinha was appointed as the next Cabinet Secretary of the government. He will succeed Ajit Seth who has been holding the position for the last four years.
ii. Sinha, a 1977-batch IAS officer of Uttar Pradesh cadre, has been asked to take over as Officer on Special Duty (OSD) in Cabinet Secretariat, an official release said. He will formally take over the new charge on June 13, it said. 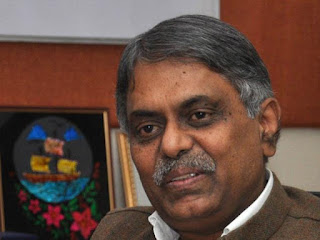 iii. The Prime Minister has approved the appointment of Sinha as the next Cabinet Secretary with effect from June 13. Sinha has been serving as Power Secretary since July 2013.

iv. He has earlier served as the Shipping Secretary and has also held several other important positions in the Union Government and in his cadre state–Uttar Pradesh. 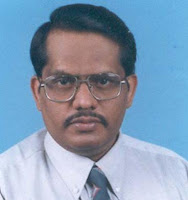 i. Eminent scientist Dr. Selvin Christopher has been appointed as the Director General (DG) of Defence Research and Development Organisation (DRDO) along with the rank of a secretary.
ii. As a DG of DRDO, he will also severe as Secretary at Department of Defence Research and Development (DDR&D) for a period of 2 years from the date of taking over the charge.
iii. Prior to this appointment, S Christopher was Director of DRDO’s Centre for Air-Borne Systems (CABS), Bengaluru.
iv. Presently, he is also Programme Director of Airborne Early Warning and Control (AEW&C) system. He was first pioneer first Indian scientist who had directed the manufacturing of India’s first indigenous AEW&C system.

Researchers Create First Single-Molecule Diode
i. Led by Indian American scientist Latha Venkataraman, a team of researchers at Columbia Engineering have created an electronic diode the size of a single molecule that performs 50 times better than all prior diode designs.
ii. Their findings — which could have real-world applications in regards to nanotechnology — were published on May 25 in the paper, “Single-Molecule Diodes with High On-Off Ratios through Environmental Control,” via the Nature Nanotechnology journal. 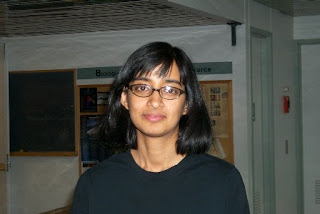 iii. The idea of creating a single-molecule diode was suggested by Arieh Aviram and Mark Ratner who theorised in 1974 that a molecule could act as a rectifier, a one-way conductor of electric current.
iv. She and her team are now working on understanding the fundamental physics behind their discovery and trying to increase the rectification ratios they observed, using new molecular systems.
90 Percent Of Global Chemical Weapons Stockpile ‘Destroyed’
i. Nobel peace prize winning organisation OPCW (Organisation for the Prohibition of Chemical Weapons) has achieved major milestone of destroying 90 per cent of the global chemical weapons stockpile.
ii. OPCW has mentioned that around 65,000 metric tonnes of declared chemical weapons, mostly from US and Russian arsenals of cold war era have been destroyed in a safe manner. 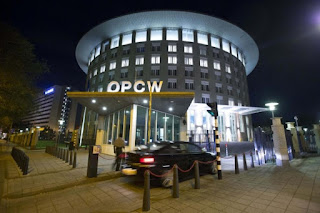 iii. It also includes total of 1,300 metric tonnes of chemical weapons removed from Syria in 2014. The remaining stockpile is underway in phase of destruction and is scheduled to be completed before the end of 2020 and 2023. The weapons stockpiles included caches containing chemicals needed to make deadly nerve agents like Sarin.
iv. OPCW is an intergovernmental organisation, headquatered in Hague, Netherlands. The organisation promotes, administers and verifies the adherence to the Convention on the Prohibition of the Development, Production, Stockpiling and Use of Chemical Weapons and on their Destruction (CWC).
23-year-old US-educated Yaduveer crowned ‘Maharaja of Mysuru’
i. In a traditional ceremony, US-educated Yaduveer Krishnadatta Chamaraja Wodeyar, the adopted son of Pramoda Devi Wodeyar, is crowned as the titular head of the erstwhile Mysuru royal family.
ii. The coronation took place at Kalyana Mantap in Amba Vilas Palace in Mysuru at an auspicious hour this morning amid Vedic chants and slogans hailing the Mysuru royalty and the 23-year-old “King” as he ascended the silver throne ‘Bhadrasana’. 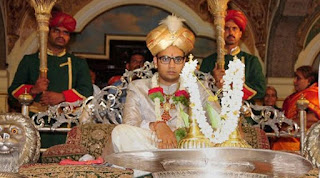 iii. Yaduveer, the 27th King of Wodeyar dynasty, will have to wait until Dasara to ascend the golden throne, when he will preside over the ‘khasa (private) durbar’, which is reminiscent of the bygone era.
iv. Pramoda Devi Wodeyar, widow of Srikantadatta Narasimharaja Wodeyar, the last descendant of the Wodeyar dynasty, formally adopted Yaduveer Gopal Raj Urs in February, after which he was rechristened as Yaduveer Krishnadatta Chamaraja Wodeyar.

Bharti Airtel surges 6% after Vodafone stake sale
i. UK telecom major Vodafone has sold its 4.2% stake in Bharti Airtel Ltd to Bharti Enterprises (Holding) Pvt Ltd for $200 million.
ii. In 2005, Vodafone had picked 10% stake in Bharti Airtel. Following its entry into the Indian market with its buyout of Huntchinson stake in Hutch Essar, Vodafone brought its stake in Bharati Airtel down to 5%.
iii. Vodafone’s decision to offload its stake in largest telecom operator in India, in terms of subscribers base, follows the new unified licence (UL) regime in Department of Telecommunication.
iv. Vodafone’s Indian unit, the country’s No. 2 carrier, is Bharti Airtel’s closest competitor in the market. 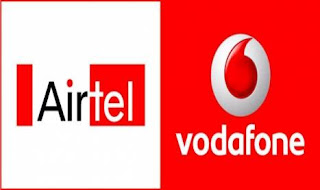