Access to all Banking Exams Courses
Subscribe Now
READ ON APP
Home Uncategorized Daily GK Updates – 8th May 2015
Facebook
Twitter
Google+
Pinterest
WhatsApp
May 8, 2015
1. Conservatives win majority in UK elections
i. David Cameron has returned to Downing Street with the Tories having defied polls and won the general election.
ii. The Conservatives are expected to get a 37% share of the national vote, Labour 31%, UKIP 13%, the Lib Dems 8%, the SNP 5%, the Green Party 4% and Plaid Cymru 1%. 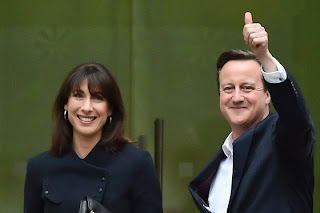 iii. Labour has been hammered in Scotland by the SNP, with Nicola Sturgeon’s party seizing 56 of the nation’s 59 seats. Jim Murphy, leader of the Scottish Labour Party, and shadow foreign secretary Douglas Alexander both lost their seats to the SNP.
2. RBI puts in place new mechanism for banks to check loan fraud
i. The RBI put in place a new framework to check loan fraud including by way of early warning signals at banks and red flagging of accounts, while swindlers will have no access to further banking finance.

ii. The central bank will set up a Central Fraud Registry that can be accessed by all banks to identify borrowers having committed frauds with any bank in the past.
iii. The CBI and the Central Economic Intelligence Bureau (CEIB) will also share their databases with banks.
iv. The concept of a Red Flagged Account (RFA) is being introduced in the current framework as an important step in fraud risk control.
3. Govt gets SC notice on PSB chief criteria
i. The Centre’s new appointment norms for public sector bank chiefs — capping the age at 55 years and mandatory three-year board level experience — has come under judicial scrutiny with the Supreme Court.
ii. A bench of Justices A R Dave and R K Agrawal issued notice to the Centre and the Reserve Bank of India seeking their response on a PIL filed by a retired banker who alleged that the policy was intended to pave the way for private bankers to lead the country top banks – Punjab National Bank, Bank of India, Bank of Baroda, Canara Bank and IDBI Bank.
iii. The upper age limit for the post was 58 years but the government decided to amend the rules, arguing that it was part of a plan to professionalize bank boards.
iv. The rules fixed the age limit for MDs & CEOs at 45-55 years with 15 years of banking experience out of which three years should have been at the board level.
4. Jitan Ram Manjhi announces new party as Hindustani Awam Morcha (HAM)
i. Expelled JD(U) leader and former Chief Minister Jitan Ram Manjhi today announced launching of a new party “Hindustani Awam Morcha” (HAM) which he said would contest alone all the 243 seats in coming Bihar polls.
ii. He named former Bihar minister Shakuni Chaudhary as Bihar President of the HAM. 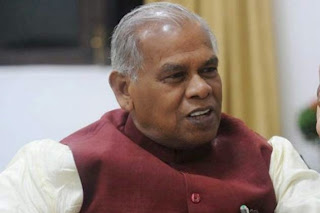 iii. Names of 108 leaders were announced in the Bihar unit of the party. It comprises former Union minister Devendra Prasad Yadav, ex-MP Brahamdeo Anand Paswan and former state ministers and Legislators like Ganesh Yadav, Ram Kumar Yadav, Om Prakash Paswan, K D Yadav and Ramchandra Prasad Singh.
5. Pakistan helicopter crash kills foreign envoys
i. An army helicopter has crashed in a mountainous part of northern Pakistan killing seven people, including the Philippine and Norwegian ambassadors.
ii. The diplomats flying in the ill-fated MI-17 were headed for a little advertised but extremely exciting inauguration ceremony of a ski chairlift, built in the breathtaking resort of Naltar, in northern Pakistan. 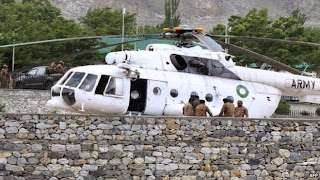 iii. Pakistani Prime Minister Nawaz Sharif was scheduled to attend the inauguration, but his aircraft turned back from Gilgit after reports of the crash.

6. AK Jyoti, appointed as Election Commissioner
i. Achal Kumar Jyoti, a former Gujarat Chief Secretary, was appointed as the Election Commissioner.
ii. 62-year-old Jyoti’s tenure will commence from the day he assumes his charge.
iii. He retired from active service in January, 2013 before serving in various capacities in Gujarat. He was also posted at the Kandla Port Trust between 1999 and 2004.

i.  Prime Minister Narendra Modi on Friday released a commemorative coin to mark the birth centenary of Swami Chinmayananda.
ii. Swami Chinmayananda was a renowned Hindu spiritual leader and teacher who had inspired the formation of a global nonprofit organisation called Chinmaya Mission to spread the knowledge of Advaita Vedanta.
iii. Swami Chinmayananda born as Balakrishna Menon on 8 May 1916 pioneered works in the field of education and social reform. He died on 3 August 1993.
iv. He saw the need to inculcate India’s great culture and spiritual traditions, through the English medium, among an elite class of people, who had moved away from this heritage.

8. Jitu Rai wins ‘Sportsperson of the Year’ Award at TOISA
i. Ace marksman Jitu Rai was declared the Sportsperson of the Year’ at the Times of India Sports Awards in a glittering ceremony that was graced by the legendary Carl Lewis.
ii. ‘Flying Sikh’ Milkha Singh received the ‘Lifetime Achievement Award’ from the ‘Olympian of the century’ and Times Group MD Vineet Jain in a ceremony that was attended by the who and who of India’s sporting fraternity.
iii. Besides Lewis and Milkha, prominent figures from the sporting world included former Indian cricket captain Sourav Ganguly, Olympic bronze medallists boxer MC Mary Kom, shuttler Saina Nehwal and CWG gold medallist squash player Dipika Pallikal. 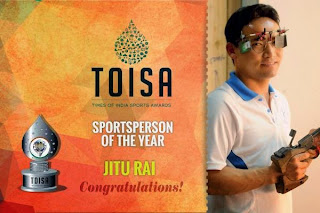