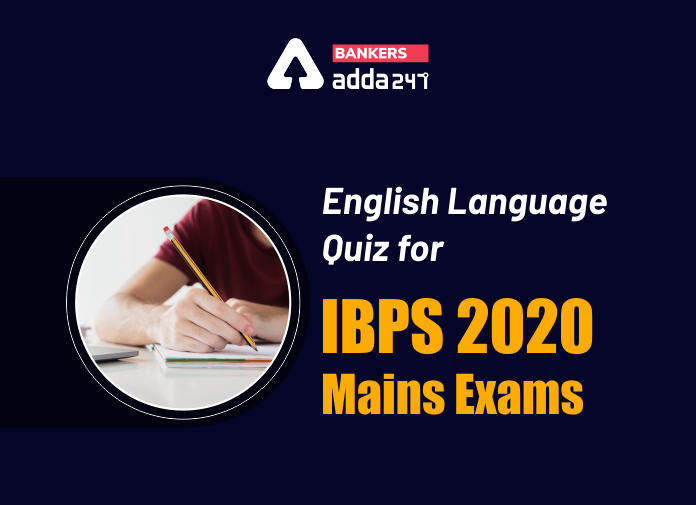 Directions (1-10): Read the following passage carefully and answer the question given below it. Certain words/phrases in the passage are printed in bold to help you locate them while answering some of the questions.

Emperor Yayati was one the ancestors of the Pandavas. He had never known defeat. He followed the dictates of the shastras, adored the gods and venerated his ancestors with intense devotion. He became famous as a ruler devoted to the welfare of his subjects.
But he became prematurely old by the curse of Sukracharya for having wronged his wife Devayani. In the words of the poet of the Mahabharata: “Yayati attained that old age which destroys beauty and brings on miseries.” It is needless to describe the misery of youth suddenly blighted into age, where the horrors of loss are accentuated by pangs of recollection.
Yayati, who found himself suddenly an old man, was still haunted by the desire for sensual enjoyment. He had five beautiful sons, all virtuous and accomplished. Yayati called them and appealed piteously to their affection: “The curse of your grandfather Sukracharya has made me unexpectedly and prematurely old. I have not had my fill of the joys of life; for not knowing what was in store for me, I lived a life of restraint denying myself even lawful pleasures. One of you ought to bear the burden of my old age and give his youth in return. He who agrees to this and bestows his youth on me will be the ruler of my kingdom. I desire to enjoy life in the full vigour of youth.
He first asked his eldest son. That son replied: “O great king, women and servants will mock at me if I were to take upon myself your old age. I cannot do so. Ask of my younger brothers who are dearer to you than myself.”
When the second son was approached, he gently refused with the words: “Father, you ask me take up old age which destroys not only strength and beauty but also-as I see-wisdom. I am not strong enough to do so.”
The third son replied; “An old man cannot ride a horse or an elephant. His speech will falter. What can I do in such a helpless plight? I cannot agree.”
The king was angry and disappointed that his three sons had declined to do as he wished, but he hoped for better from his fourth son, to whom he said: “You should take up my old age. If you exchange your youth with me, I shall give it back to you after some time and take back the old age with which I have been cursed.”
The fourth son begged to be forgiven as this was a thing he could by no means consent to. An old man had to seek the help of others even to keep his body clean, a most pitiful plight. No, much as he loved his father he could not do it.
Yayati was struck with sorrow at the refusal of the four sons. Still, hoping against hope, he supplicated his last son, who had never yet opposed his wishes; “You must save me. I am afflicted with this old age with its wrinkles, debility and grey hairs as a result of the curse of Sukracharya. It is too hard a trail! If you will take upon yourself these infirmities, I shall enjoy life for just a while more and then give you back your youth and resume my old age and all its sorrows. Pray, do not refuse as your elder brothers have done.” Puru, the youngest son, moved by filial love, said: “Father, I gladly give you my youth and relieve you of the sorrows of old age and cares of State. Be happy.” Hearing these words Yayati embraced him.
As soon as he touched his son, Yayati became a youth. Puru, who accepted the old age of his father, ruled the kingdom and acquired great renown.

Q1. What was/were the reason(s) for Yayati’s premature old age?

(a) He was addicted to opium.
(b) He was cursed for not devoting his life for the welfare of his subjects.
(c) He was cursed by Sukracharya for having wronged his wife, Devayani.
(d) He had been punished by the gods for not following the dictates of the shastras.
(e) All the above

Q2. What was the desire which haunted Yayati when he turned old suddenly?

Q4. Why did Puru accept the old age of his father?

Q5. What message does the author want to leave behind through the passage?

(a) Human desire for everlasting youth is irreleveant.
(b) Nothing can ever satisfy the desire of a man.
(c) One should learn to bear with one’s infirmities.
(d) One should live austerely.
(e) None of these

Directions (11-15): Rearrange the following six sentences (A), (B), (C), (D), (E) and (F) in the proper sequence to form a meaningful paragraph and then answer the question given below.
(A) Moreover, No Director, member of local board, local committee or an officer of the State Bank shall be eligible to be the auditor.
(B) Within three months of the closing date, it has to furnish to the Central Government and the Reserve Bank its balance sheet and profit-and-loss account together with auditors’ report and a report by the Central Board on the working and activities of the bank.
(C) The State Bank has to close its books and balance accounts each year as on 31 March or such other date as may be specified by the Central Govt.
(D) Finally, The auditors’ report and the report of the Central Board have to be placed before the Parliament.
(E) The audit may be conducted by any person duly qualified to be auditors of companies under Section 226 of the Companies Act.
(F) Thus the auditors are appointed only by the Reserve Bank in consultation with the Central Government.

Q11. Which of the following should be the FIRST sentence after rearrangement?

Q12. Which of the following should be the SECOND sentence after rearrangement?

Q13. Which of the following should be the THIRD sentence after rearrangement?

Q14. Which of the following should be the FOURTH sentence after rearrangement?

Q15. Which of the following should be the LAST (SIXTH) sentence after rearrangement?

S4. Ans.(a)
Sol. He was moved by filial love for his father.

S5. Ans.(b)
Sol. Nothing can ever satisfy the desire of a man.

S6. Ans.(b)
Sol. Declined means to politely refuse (an invitation or offer). So, Refused is the word which is similar in meaning to it.

S7. Ans.(a)
Sol. Restraint means a measure or condition that keeps someone or something under control. So, Curbed is the word which is similar in meaning to it.

S8. Ans.(a)
Sol. Accentuated means to emphasize. So, Enhanced is the word which is similar in meaning to it.

S9. Ans.(b)
Sol. Vigour means energy. So, Impotency is the word which is opposite in meaning to it.

S10. Ans.(c)
Sol. Infirmities means the state of being weak in health or body. So, Capabilities is the word which is opposite in meaning to it.

S11. Ans.(e)
Sol. The proper sequence of sentences to form a meaningful paragraph will be CBEAFD.

S12. Ans.(c)
Sol. The proper sequence of sentences to form a meaningful paragraph will be CBEAFD.

S13. Ans.(a)
Sol. The proper sequence of sentences to form a meaningful paragraph will be CBEAFD.

S14. Ans.(d)
Sol. The proper sequence of sentences to form a meaningful paragraph will be CBEAFD.

S15. Ans.(b)
Sol. The proper sequence of sentences to form a meaningful paragraph will be CBEAFD.

If you are preparing for IBPS Mains Exam, then you can also check out a video for English below: