Skip to content
I always had pleasant altercations with Shruti Mam as far as success stories are concerned. I vouched for failures and struggles because that determines the real mettle.
This is a simple story with which a considerable majority can connect. The names don’t matter and neither does the exams. The journey and its travails form the crux of the story.

Flashback. 9 years.Yes, you heard it right. I am a veteran here. Got admission in B. Tech in one of the so called Premier institutes. Entire 4 years spent on everything except studies. True to the spirit of a real engineer. Like in novels, I too ended up falling in love. Ever wondered why we always fall and never rise in love? Anyways, got placed in an IT company and was contended for the zero effort I had put in for getting the job.

I had a dream/induced dream to make it to top B schools. Its induced as it was for all the wrong reasons. It took me 4 years. Yes, 4 long years and that has taught me what I could not learn in my entire life.

1st attempt – Too overconfident and failed miserably. Some of the not-so-smart guys performed way better. It came as a shock to me. I was a regular amongst topper’s list in all India mocks. The mockery,jibes and comments followed from people who I knew are worth 10% of my intellect.
2nd attempt – Was in job. Training period. Hard pressed for time. Slept only 4 hours. Managed a decent percentile and a coveted interview call –> Couldn’t convert because again got busy in Long telephonic blah blah with GF.

3rd attempt – Doubt creapt in. Do I have it in myself. People whom I taught–>Made it to IIM A. Yes,believe it or not its true. Where do I stand now – A job which I dont like. Turning a single page of the Same Old books seemed impossible. Every single problem reminded me of whats the use of this futile problem solving – I did it last year. Did it get me anywhere. No. So what will I get solving the same now. Why solve? What kind of a moron am I that can’t clear a simple Maths, English, Reasoning competition. May be I over-rated myself? But then how can I make it good at All India Mocks. It was all too fuzzy. Finally, caught typhoid just a week/two before exam. As expected- Performed abysmally bad.
4th attempt – The real story begins here. My so called beloved made it to an IIM on the back of her excellent board percentages and a mediocre percentile + reservation for girls in IIM K. I had a way better percentile in my 2nd attempt. I wont lie but no matter how much I tried I couldn’t feel happy for her. I wanted her to stay in Delhi (where I had the job) as she had made it to IIFT too. To my biggest ever surprise – She chose IIM over IIFT Delhi. I couldn’t believe it. I madly loved her. I never ever thought she would chose career over me. Yes, you may assume I seem unusual asking her to leave IIM for the sake of staying with me. But believe me IIFT is just a notch lower than that college.
I vividly recall the moment she told me about the decision. We were on an escalator in a mall.I felt like jumping out of it. 7 years of relationship and she chose this. Yes,it might appear a small thing to most of you all – That why am I making a fuss about going so far in modern times when one can easily take flights and reach anywhere. It wasn’t about distance. Something broke inside that day – Career over love. I swallowed all my tears and still wished her adieu with a heavy heart.
Then as expected things turned out to be worse. She had no time for me. Everytime busy in presentations and lectures. I could understand. I used to wait patiently for weekends so that I can talk. Eventually,weekends never came. It was all party, fun, movies and stuff. I didnt knew what to say and how to feel. I remember those times when I woke up to a drenched pillow every weekend – In the hope of a call which never came. Entire night used to be a flashback of the 6 years which we had been together.
Somehow I tried to pick up myself. I knew that I was not wanted anymore. I knew it but I couldn’t accept it. No matter how much I tried. One day I wrote a mail to her – I spit on your IIM degree which turns a decent person into some vile character. I will show you I have the guts to leave an IIM way better than you. Everyone doesn’t prefer career over people and I will prove it to you.
I had 75 days left for my next exam. This is the only time I EVER studied my soul out. I designed a strategy which was full proof – No matter what the situation, no matter how bad my day is – I must get at least 99 percentile. I plugged my loopholes in English. Made it my strong point. I could never get sleep before any exam. I prepared for that too. On many occasions I deliberately didn’t sleep for 2 days and then appeared for mocks. Some days your mind seems blocked in exams and nothing seems to work. How to get over it? I had turned crazy for leaving no stone unturned – I used to drink during my night shifts in office (Vodka in Sprite bottle :P). Get hazy so that mind doesn’t work at full efficiency and then appear for 2 mocks without a break. I aimed for getting 99+ in second mock. Call it arrogance – But I always did. I prepared like hell. Kuch bhi kahin se aaye – I am ready. It shone in my performances. I always made it to TIME and CL All India Topper’s List. Always. I knew I was ready.
Result came. On expected lines. 2 IIM calls – C and L. I dont consider new IIMs as IIMs. I didnt attend their interview when I had calls from them in my second attempt. I made it to following exams:
Every single exam I appeared. I didn’t attend a single interview. Not a single one. May be I wouldn’t have made it to any B-school but the fact was after all this —- I DIDN’T WANT TO.
The numbers, percentiles, exams dont matter. What would you term a guy who spends 4 years preparing for some competition and finally succeeds and when the time to reap dividends (read huge bucks) comes – He decides he does not want it anymore. Probably someone crazy, hazy in thought, aimless, unclear about what he needs to be in life and the likes. My college mates thought I missed an opportunity of a lifetime. Some others think I lost my mind.
So, why leave it all after so much struggle? Answer lies in self-esteem. If you believe in someone and that someone gives a damn about you, then to hell with such success. I thought million times of writing a retorting mail to her – About not joining/leaving college. But I couldn’t. The thing is no matter how hard you try – You always end up forgiving  the ones you ever loved. 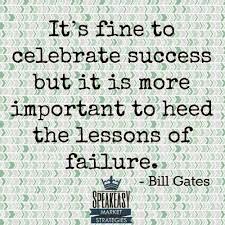