Skip to content
Goddess Durga ornamented with kumkum, bangles, flowers, and jeweled attires; morning prayers accompanied by synchronized bells and the aroma of pure butter delicacies, it’s time to step into the festivities of Navratri! 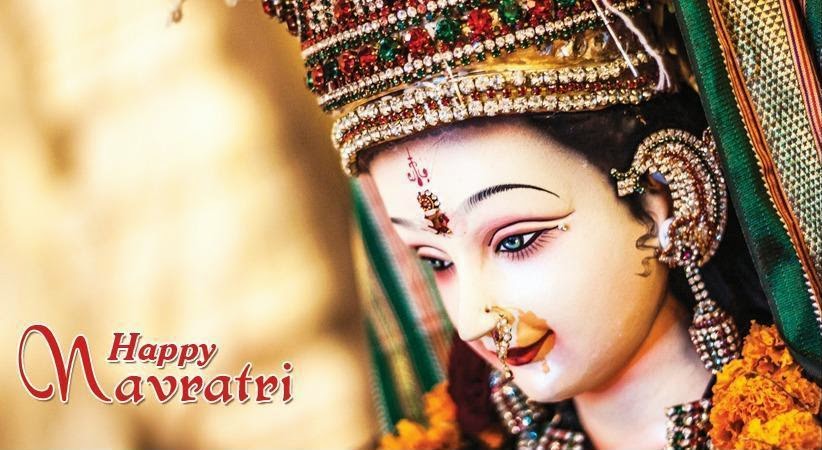 21st March marks the beginning of Chaitra Navratri, is also the New Year for Sindhis, Marathis, Kashmiris and Kannadigas.

As per the legends mentioned in the Puranas and other Hindu scriptures, Chaitra Navratri is the actual Navratri during which Goddess Durga is worshipped. But during the time of Ramayan war, Lord Sri Ram worshipped Durga at the time of Ashwin month. Since then, Ashwin Navratri or Durga Navratri has become the main festive season to worship the Goddess. Chaitra Navratri is also called as Vasant Navratri or Basant Navratri. This festival marks the beginning of Vasant rithu (spring season). 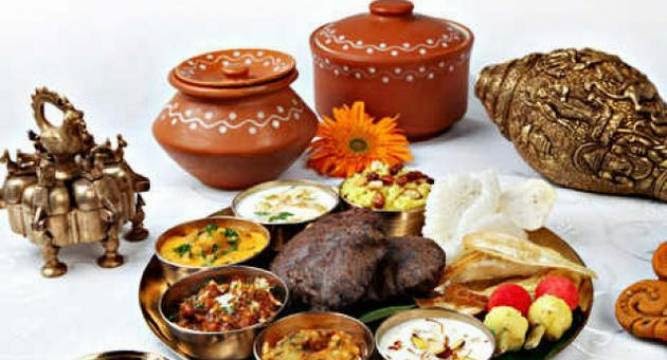 In the form of Fasting or Feasting, food plays a significant role during Navratri celebrations. Navratri festivities give you a chance to get back to the roots and deviate from the day-to-day affair. Ingredients like kuttu atta, singhara atta, fresh vegetables, milk, yogurt and makhanas are preferred as they are light on the stomach and can be digested easily.

On  the same Day, Gudi Padwa is celebrated by all Hindus, and especially Maharashtrians. The day marks the beginning of the Hindu New Year denoting the period when King Shalivahana fought against the Sakas. It is said that Gudi Padwa was first celebrated by Chhatrapati Shivaji Maharaj, as a symbol of victory. 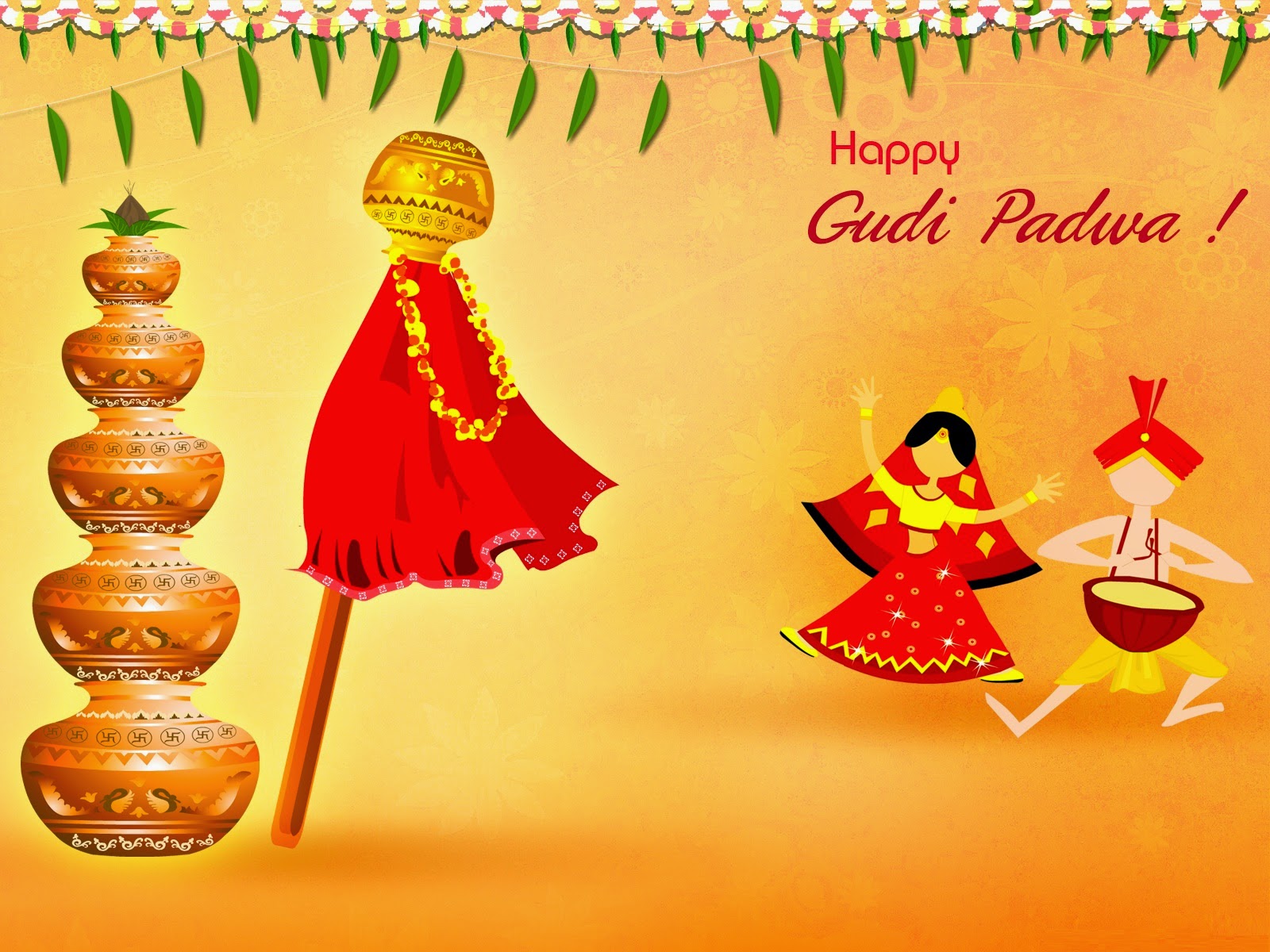 On this day, the Marathi community prepares a gudi with a new saree and silver utensil. The gods are offered crops like mangoes, which can be consumed only after the ritual.

The celebrations start even before sunrise when people take the auspicious bath after applying oil to their body. The main entrance of the house is decorated with mango leaves and red flowers which are considered favorable for this occasion. Prior to hoisting the Gudi, Lord Brahma is worshipped.
On the eve of Gudi Padwa, people prepare food stuff such as Puran Poli, Shrikhand, Aam Panha (cool mango drink) and the dough for Poori (or Puri). A sweet dish Shrikhand is also prepared which is consumed with hot and crispy Pooris. 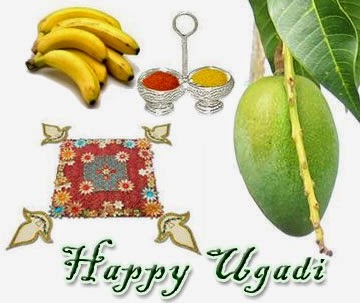 While on one hand Maharashtra celebrates ‘Gudi Padwa’, Karnataka is all set to celebrate Ugadi (also called Yugadi) festival.   Likewise, Andhra Pradesh also celebrates this festival with the same name.
People in Karnataka prepare a special dish on this day known as ‘Obbattu’, or ‘Holige’. Another dish is prepared, which consists of a specific mixture of six tastes called ‘Ugadi Pachhadi’. 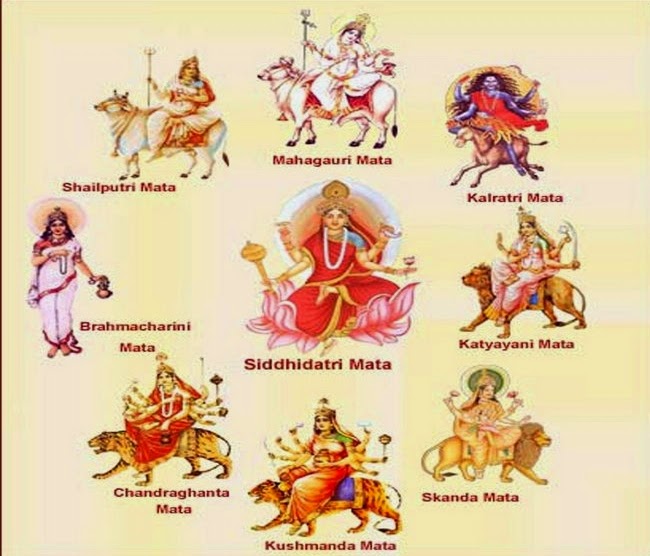 BA Family wishes that this festive season brings joy, health and wealth to you all and may it brings in you the most brightest and choicest happiness you all have ever wished for..!!