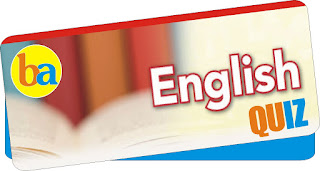 Directions (Q. 1-10): Read the following passage carefully and answer the questions given below it. Certain words are given in bold to help you locate them while answering some of the questions.

The government has no business to be in the business of owning airports, running hotels, making bread — and owning banks. When the government stepped into these sectors in the first flush of Independence, it was with a view to creating basic capacities. With the passage of time, it became clear that overwhelming government presence was doing no good to anyone. Today, the benefits of the government stepping back in sectors like telecom and aviation are evident. Till as recently as the early 90s, a landline was a status symbol because it was accessible to just 2 per cent of the population. Today, the mobile phone is a ubiquitous feature of rural and urban India. Indian Airlines and Air-India had reduced air travel to a privilege; with competition, rates have fallen to a third of levels that obtained a decade ago, despite little change in input costs. The time is ripe for the government to ease itself out of banking as well.
The recent strike by State Bank of India employees will result in higher pension outgo in the entire banking sector. This will further consolidate the organised labour aristocracy and its tendency to act as a law unto itself. Bank nationalisation was seen as a necessity in 1969, in order to direct credit to Green Revolution areas. Today, that system has outlived its utility, as agriculture is a transformed occupation with new risks and opportunities. Green Revolution is in the grip of diminishing returns, and prosperous farmers of yesteryears are fast moving out of agriculture. Small farmers all over the country are in distress, as rural banks lend to moneylenders instead of dealing directly with them. New forms of production based on contract farming do not really need the sarkari banking network. Private players have made lending more competitive and customer-friendly. A small-scale entrepreneur need not suffer for lack of working capital, nor does he have to bow and scrape before a bank manager. Credit is readily available to business, in varying packages to suit different needs. It is not hard to visualise a replication of this situation in rural areas. With a number of players in rural credit, entrepreneurs who come forward with proposals for food processing and cold storage would benefit. Farmers seeking to add value to their produce will encounter fewer hindrances in a competitive situation. A spirit of enterprise in rural banking can transform rural India. Gramin banking, or microcredit, has worked wonders in Bangladesh. Given the chance, it could do the same here.

1. That the mobile phone is a ubiquitous feature of rural and urban India today shows that
1) people have no interest in landline phone these days.
2) telephone is easily available everywhere now.
3) technology can invade all the barriers.
4) telephone has become affordable for all now.
5) mobile phone has taken the place of landline phone everywhere.
2. Which of the following seems to be false in the context of the passage?
1) Agriculture sector has witnessed much change over the years.
2) Green Revolution has lost its charm with the farmers.
3) The government is facing competition in telecom, aviation, banking etc.
4) Agriculture is no more a lucrative area for the wealthy farmers now.
5) None of these
3. Which of the following is ‘true’ in the context of the passage?
1) Getting loans from private banks is easier than the nationalised banks.
2) Credit through banks is readily available for even small farmers these days.
3) Landline phone is considered a status symbol.
4) Gramin Banking has failed in India.
5) None of these
4. What message does the author want to convey to the government through this passage?
1) Govt should compete with private players in telecom, aviation, banking etc.
2) Govt should withdraw from telecom, aviations banking etc.
3) Govt should allow private players in all the areas of business.
4) Govt should provide credit to the farmers on simpler terms.
5) None of these
Directions (Q. 5-7): Choose the word which is the same in meaning as the word given in bold as used in the passage.
5. OVERWHELMING
1) large
2) majority
3) feasible
4) vigilant
5) viable
6. ACCESSIBLE
1) convincing
2) deliberate
3) targeted
4) approachable
5) distributed
7. UBIQUITOUS
1) unique
2) modern
3) omnipresent
4) enormous
5) stylish
Directions (Q. 8-10): Choose the word which is the opposite in meaning of the word given in bold as used in the passage.
8. RIPE
1) lengthy
2) inappropriate
3) rare
4) hard
5) umpteen
9. CONSOLIDATE
1) deviate
2) strike
3) drag
4) weaken
5) instigate
10. READILY
1) deliberately
2) strictly
3) strangely
4) supposedly
5) None of the above
Answers:
1. 3
2. 5
3. 1
4. 3
5. 1
6. 4
7. 3
8. 2
9. 4
10. 5