IPL Winners list from 2008 to 2021: The Indian Premier League (IPL) is a professional Twenty20 cricket league that is contested by eight teams based out of eight different Indian series. IPL has always been a hot topic in the sports industry and many questions from IPL are asked in the government job examination.

This year IPL was held in two parts. The first half of the tournament was held in India but due to the increasing Covid-19 cases, the remaining part of the IPL was held in UAE. Chennai Super Kings claimed the title of IPL 2021 as winners and Kolkata Knight Riders were the runner up. In this article, we are going to provide you with the details of the IPL winner list from 2008 to 2021.

The Indian Premier League began in 2008. It is a twenty-20 Cricket league held in India annually, and it started a year after India won the T-20 world cup against Pakistan. The first tournament was started in various parts of the country in 2008. The league was founded by the BCCI(Board of Control for Cricket in India) which is responsible for the functioning and operation of the league. In this tournament Mumbai Indians is the most successful IPL team, having won the tournament 5 times, and runner up for one occasion. Chennai Super Kings have lifted the cup of the tournament 3 times. For the year 2021 as it is the 14th edition of the tournament, the IPL was scheduled to be held from 9th April to 30th May, some matches were held for the same, but due to the current pandemic situation, the tournament stands to be cancel as of now. The venues for the 14th edition tournament 2021 were Mumbai, Ahmedabad, Bengaluru, Chennai, Delhi, Kolkata.

Here is an IPL Cup Winners list since the very first season of IPL. The first winner list of IPL was Rajasthan Royals. In the table below, we are going to present the winners of IPL details from the year 2008 to 2021.

The detailed analysis on IPL Winner List, Runner Up, Venue, Number of teams, Player of the Match and Player of the Series are given below:

Besides, the man of the match, there are the player’s awards given to the players on the basis of their performance. The complete list of IPL awards for best performances includes the following categories: 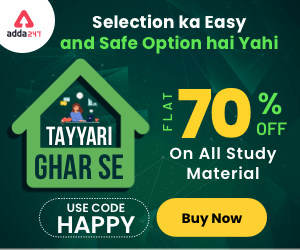 It is only after the inception of the IPL seasons that the Indian Cricket League came to a closure in the same year. The IPL teams are owned by different well-known celebrities under their franchises and this makes the whole concept even interesting. Here, the matches are not played between the countries but between teams that have players from different countries playing together.

As of now, Mumbai Indians have won the maximum number of matches followed by Chennai Super Kings and Kolkata Knight Riders. Mumbai Indians team was the winner for the IPL season 12 also in 2019. It will be quite an interesting thing to check out which team will win season 13. Cricket lovers were waiting anxiously for the IPL season 13 to have been started this year but it has been interrupted by the pandemic situation prevailing throughout the world.

Under normal circumstances, this was the time when the country would have been singing the slogans of different teams, and the Television and other media platforms would have been flooded with advertisements promoting different teams. But the current situation is neither good for the international players to travel and reach India nor for the organizers to take the risk to organize the matches right now. The only thing right now is to wait for season 13 to start after the pandemic is over.

Q. Which all teams have won IPL?

Q. Who is the highest run-scorer in the IPL matches?

Ans. The highest run-scorer in IPL matches is David Warner.

Q. Which player won the most IPL titles?

Ans. Rohit Sharma has won the IPL titles 6 times. He has won it 5 times for Mumbai Indians and one time for the Deccan Chargers