Neighbouring Countries of India: India is a country situated in the southern part of Asia. It is situated latitudinal in the Northern Hemisphere and longitudinally in the Eastern Hemisphere. India is ranked as the second largest country in Southeast Asia. As well it is the seventh-largest country in the world as per the area and second-largest in the population count. India is surrounded by many countries, so today, in this article we are going to provide you the details of all the neighboring countries of India.

Before learning about the neighboring countries of India, let us have a look at the geographic features of India. The Indian mainland is divided into 4 geographical areas: the Northern Mountains of the Himalayan region; the great Northern Plains; the Deccan Peninsula; the coastal plains and Islands. India measures 3,214 km (1,997 mi) from north to south and 2,933 km (1,822 mi) from east to west. It has a land frontier of 15,200 km (9,445 mi) and a coastline of 7,516.6 km (4,671 mi) and India shares its border with 7 countries. 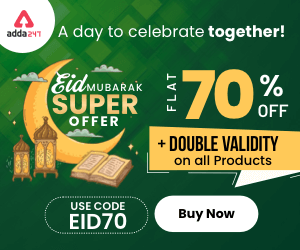 It is located in central Asia and has an area of about 6,52,230 sq km.Major dependence of this country’s economy is on agriculture.

It covers an area of 1,43,998 sq km and has a coastline of 580 km. The Bangladeshi states, Rajshahi, Dhaka, Chittagong, Khulna, Rangpur and Sylhet, share their borders with India.

It has an area of 38, 394 sq km, the population of this country follows Buddhism followed by Hinduism.

It is Located in the western portion of mainland South Asia Myanmar and is spread over an area of 6,76,578 sq km.

Nepal is located to the northeast of India and extended over an area of 1,47,181 sq km. The world’s tallest peak, Mount Everest is located in Nepal

It has an area of 7,96,095 sq km. Initially a part of India was separated to form a new country, named Pakistan.

This country  is spread over an area of 65,610 sq km and shares Indian Coastline.

It is located in the Indian Ocean-Arabian sea area, the island nation of Maldives is located to the south-west of India. It Spreads over an area of 298 sq km only.

Q1. How many neighbouring countries of India are there?

Ans. There are a total 9 neighbouring countries in India.

Q2. Which country has the shortest boundary with India?

Ans. Afghanistan has the shortest boundary with India.

Q3. Which Country has the longest boundary with India?

Ans. Bangladesh has the longest boundary with India.