It was the 1870s. Somewhere in a workshop in New Jersey, Thomas Alva Edison was burning the midnight oil trying to invent the light bulb.
He tried numerous experiments…….all without success. He just couldn’t get it right. His failures became the talk of  the town and the story goes that after he had failed for the five hundredth time, a journalist interviewed him and asked, ‘Mr Edison, how does it feel to have failed five hundred times? Why don’t you just give up?’
No, no young lady, replied Edison. I haven’t failed five hundred times. I have just discovered five hundred ways it won’t work. I am so much closer now to finding a way that will work!’
Sure enough, in 1879, Edison invented the filament light bulb, an invention that changed the world. By the time he died, the man who had failed five hundred times had got 1024 patents to his credit, and founded the iconic General Electric Company. But Edison’s real contribution to mankind went beyond all this. He showed us the power of perseverance, the virtue of learning from failures and the magic of never giving up.
To succeed, one must learn to embrace failure and not be scared by it. There is a story often told about Thomas J. Watson, IBM’s founder chairman. A senior vice- president at IBM had championed an initiative that bombed- and cost the company over 10million dollars. He was called in to meet with Thomas Watson. Fearing the worst, the vice-president walked in with his resignation letter in hand and handed it over to the boss, apologizing for the failure and the resultant loss to the company. Thomas Watson famously refused to accept his resignation saying, “Theirs is no way we are going to loose you. We’ve just invested 10 million dollars in educating you!’
Failure holds valuable lessons for us- if only we are willing to learn. Very Often, we do all the hard word but when we don’t see the desired results, we turn around and walk away- even though we may have been just one step away from success. The problem is, we seldom realize that we are so close to achieving our goals. On the highway of life, there are no milestones telling us that success is 1 Km ahead. Jacob Riis, a photographer cum-journalist summed it up well when he said, ‘When nothing seems to work, I go and look at a stonecutter hammering away at his rock perhaps a hundred times without so much as a crack showing in it. Yet at the hundred and first blow it will split in two, and I know it was not that blow that did it, but all those which had gone before.’
The option of turning away and starting a new journey is tempting because, in our minds, it takes away the stigma of failure. When you are not doing well in your job, what seems like the easiest thing to do? Try another stone. And then another. Result? Lots of effort with zero result.
Observe babies who are learning to walk. They try and take a few steps, they stumble and fall. The they stand up and try again. And bang, they fall again. They don’t feel embarrassed. They just get up and try again, until, bingo, they can walk! If little children were like us grown ups and gave up after a few failed attempts , we would never have learned to walk. Yet as adults, we forget that lesson. We are scared to take the first steps, because we are scared we might fail. And the first time we taste failure, we give up.
A group of schoolchildren once asked Sir Winston Churchill what he thought was the secret of success. Churchill’s response?  Just seven words: Never give up.Never, never give up!’
Winners never quit and quitters never win.
Thomas J. Watson offered valuable advice to his vice-president that day. It’s advice that holds good to this day for all of us: ‘If you want to succeed, double your rate of failure.’ Don’t dwell on your lack of success. Don’t play the blame game. Don’t doubt your ability. Learn from your mistakes.
Refocus on your goals. And keep going.
So adopt the Edison mindset. Fail Often, but never lose sight of your goals. Sooner or later, there is bound to be light.
It’s hard to beat a person who never gives up..Babe Ruth 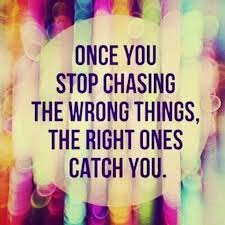