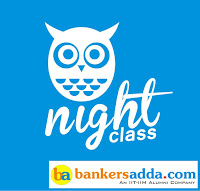 Directions (Q. 1-10): Read the following passage carefully and answer the questions given below it.

India is a great book producing nation and has a vibrant world of book publishing spread throughout the vast country in a number of modern languages most of which have their roots in Sanskrit, the mother of Indian languages. In terms of numbers, there are more than 16,000 publishers in India publishing 90,000 titles annually in 24 languages, out of which 18 are highly developed, to fulfill the needs of this multilingual nation. These languages have a galaxy of good authors, their own publishers and readers of books within their own area as well as spread out in the entire country. Today Indian publishing is one of the greatest in the world and can be counted among the first seven publishing nations.

We are the third largest publishers of English language Books after the US and UK. India is the third biggest market for English publications with almost 12,000 publishers that publish around 90,000 titles a year in more than 18 languages. India’s main publishing is in the Indian languages. In India, every year a world level Book fair is held in New Delhi, which is India’s oldest book fair. Delhi Book Fair is playing a pivotal role in reiterating the might of the pen and the printed word and has come to be recognized as the biggest annual cultural event and book bonanza keenly awaited by students, teachers, scholars, authors, intellectuals, librarians and book lovers. First New Delhi World Book Fair was held in around 6790 sq meter area with 200 participants from March 18 to April 4, 1972. It was inaugurated by Sh VV Giri President of India. This biennial event takes place in early February, and is organised by the National Book Trust, India (NBT). Delhi Book Fair has evolved over the years as a highly popular conduit to the world of books and publishers and distributors. The ever increasing numbers of visitors and exhibitors speaks volumes of its success. The fair provides a unique platform for business-to-business transactions, establishing new contacts, entering into co-publishing arrangements, translation and copyright arrangements, reprinting of old and rare books. The visitor profile at the fair includes national and International publishers, librarians, researchers, academicians, writers, students and book lovers. Publishers also introduced “e-Books” in this fair. The focus is being given especially keeping in mind the increasing number of IT-savvy younger generation with a penchant for internet, mobile phones and other reader-friendly digital gizmos.
E-books and e-publishing both have their obvious advantages though authors in India have only just begun to realise the immense benefits digital technology can be of in this field. Also, with the country being the third biggest publisher — after the US and UK — the potential in this field is immense and the response too has been quite encouraging so far with a lot of publishers already showing interest in e-publishing. E-publishing is a boon for both established and wannabe writers as it is cost effective and cuts down the time it take for a book to reach markets to about a fourth of what it would have taken had it been left to publishers to do the job. Other benefits include authors now have a world wide audience to their book which means better business while debugging or carrying out revisions too is a lot less hazardous. Another interesting development to have occurred in recent times is the launch of Amazon e-book store in the country as well as the availability of the Kindle range of e-book readers. Needless to say, a direct fallout of the renewed push that e-book are getting is increased sale of e-book readers and tablet devices.
1. Who had inaugurated the first New Delhi World Book Fair ?
1) Finance Minister of India
2) Prime Minister of India
3) Chief of NBT
4) President of India
5) None of these
2. Which of the following is not a feature of Delhi Book fair ?
1) Business to business transactions
2) Co-publishing arrangements
3) Availability of rare books
4) E – Books
5) None of these
3. Which of the following is false in the context of given passage ?
1) People have only craze of variety of books in the fair and not for offer and cash cow.
2) New Delhi book fair has completed more than 40 years of its success.
3) After the US and the UK, India has maintained its place in the list of largest publishers of English language books.
4) All of the above
5) None of these
4. What do you understand by ‘E-books’ ?
1) An electronic version of only online magazines and books of foreign writers.
2) An electronic version of a printed book.
3) A shortened form of a printed book.
4) Both 1) and 2)
5) None of these
5. In which of the following language are India’s main epics available ?
1) Hindi
2) Urdu
3) Sanskrit
4) Bilingual i.e in Hindi and English
5) None of these
Directions (Q. 6 – 8) : Choose the word which is most nearly the SAME in meaning as the word printed in bold as used in the passage.
6. Hazardous
1) risky
2) safe
3) protected
4) secure
5) Important
7. Conduit
1) Spout
2) Pass
3) Crucial
4) Cardinal
5) Channel
8. Gizmos
1) watch
2) Gadgets
3) Driver
4) Machine
5) Contrivance
Directions (Q. 9 – 10) : Choose the word which is most OPPOSITE in meaning as the word printed in bold as used in the passage.
9. Pivotal
1) Unimportant
2) Alive
3) Vine
4) Culvert
5) Windfall
10. Wannabe
1) Striving
2) Postulant
3) Contestant
4) Hopeless
5) Wanted
Answers: