Access to all Banking Exams Courses
Subscribe Now
READ ON APP
Home Uncategorized NITI Aayog – Objectives and Composition
Facebook
Twitter
Google+
Pinterest
WhatsApp
January 2, 2015
The institution to give life
to these aspirations is the NITI Aayog (National Institution for
Transforming India).  This is being proposed after extensive
consultation across the spectrum of stakeholders including inter alia state
governments, domain experts and relevant institutions.  The NITI Aayog
will work towards the following objectives:
The NITI
Aayog will comprise the following: 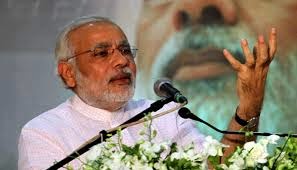 i.  Vice-Chairperson: To be appointed by the
Prime Minister
ii. Members:
Full-time
iii. Part-time
members: Maximum of 2 from leading universities research organizations and
other relevant institutions in an ex-officio capacity.  Part time members will be on a rotational
basis.
iv. Ex
Officio members: Maximum of 4 members of the Union Council of Ministers to be
nominated by the Prime Minister.
v. Chief
Executive Officer : To be appointed by the Prime Minister for a fixed tenure,
in the rank of Secretary to the Government of India.