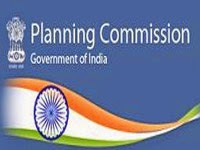 The name, replacing “Yojana (planning)” with “Niti (policy)” will be announced in an amended resolution for the new plan body today, sources said.

Earlier this month, PM Modi held discussions with chief ministers on replacing the Soviet-style body with a ‘Team India’ concept that would give states a greater role in developing Asia’s third largest economy.

The Planning Commission had suggested to a group chaired by Prime Minister Narendra Modi that its replacement body should be structured to meet the need of changing economic paradigm and comprise sectoral experts and states’ representative. The restructured plan panel could be a combination of three or four divisions.

In his first Independence Day speech in August 2014, PM Modi had indicated that the 64-year-old Commission had lost its relevance. Later, he tweeted asking for public feedback on what shape the institution should take.

It was India’s first Prime Minister Jawaharlal Nehru, a socialist who admired Joseph Stalin’s drive to industrialize the Soviet Union, who in 1950 set up – and chaired – the Planning Commission to map out a development path for India’s agrarian economy.

A government-backed report suggested replacing the Planning Commission with a think tank more in line with a US-style Council of Economic Advisors.

However, the opposition Congress has criticised the plan, calling it “shortsighted and dangerous”.

Some Tit – Bits on Planning Commission:
The Planning Commission is an institution in the Government of India, which formulates India’s Five-Year Plans, among other functions. It is located at Yojana Bhawan, Sansad Marg, New Delhi. It was established in accordance with article 39 of the constitution which is a part of directive principles of state policy.
The composition of the Commission has undergone considerable changes since its inception. With the Prime Minister as the ex officio Chairman, the committee has a nominated Deputy Chairman, who is given the rank of a full Cabinet Minister. Presently the post of Deputy Chairman of the Commission is vacant, after the new Government in the Center.
Present ex officio members of the Commission, are the Finance Minister, Agriculture Minister, Home Minister, Health Minister, Chemicals and Fertilisers Minister, Information Technology Minister, Law Minister, HRD Minister and Minister of State for Planning.
The Planning Commission’s functions as outlined by the Government’s 1950 resolution are following: 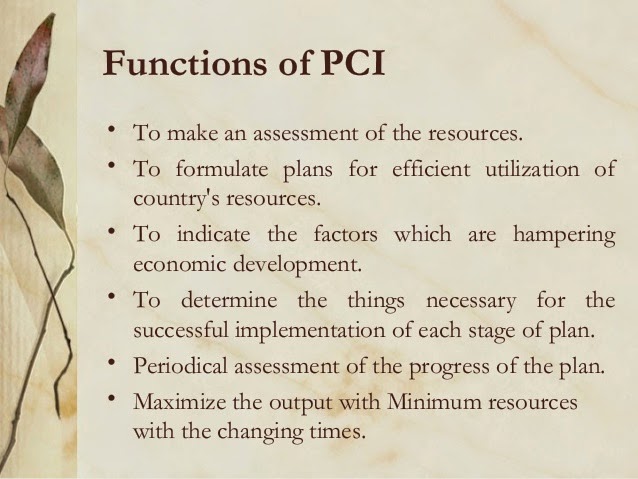