Access to all Banking Exams Courses
Subscribe Now
READ ON APP
Home Uncategorized PM Modi on Three Day Visit to China: In Detail
Facebook
Twitter
Google+
Pinterest
WhatsApp
May 16, 2015
Prime Minister Narendra Modi visited China this week to build friendship between the two Asian giants despite a long history of disputes and rivalries, along with some areas of cooperation, especially in the economic sphere. 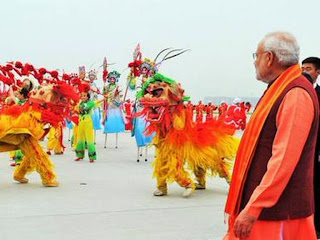 PM Narendra Modi “believes” that his three-day visit to China will deepen bilateral ties and create a milestone for the relations between developing countries in Asia and around the world.
DAY 1

PM Modi’s first leg of his high-octane China visit in Xian promised a rich harvest of positive optics as Chinese President Xi Jinping went on record as saying that Modi was the first foreign leader whom he had received in his home province Xian. Mr. Modi has been given a traditional welcoming ceremony. It came as a reciprocation of sorts since Xi himself had begun his maiden India trip eight months ago in Ahmedabad, in Modi’s native state Gujarat.

“You received me very warmly in your hometown. I am very glad to receive you in my hometown,” Xi told Modi in Chinese. Modi, in Hindi, responded, “This is an honour to 125 crore Indians whom I am representing as Prime Minister.” 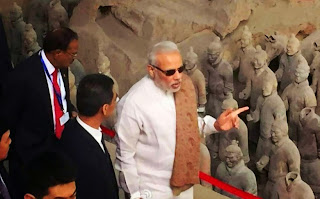 After their meeting, Xi Jinping accompanied Modi to several ancient sites in Xi’an. He also hosted a banquet for him in a building on the ancient city wall.
DAY 2
On the Day 2 of Modi’s visit, India and China signed a record 24 agreements in key sectors, including in railways and education.
Protocol for setting up Consulates-General at Chengdu and Chennai besides an MoU on consultative mechanism for cooperation in trade negotiations were among the 24 agreements signed in the presence of Modi and his Chinese counterpart Li Keqiang. An action plan between the Indian Railways and China National Railways on enhancing cooperation in the railway sector was also signed.
Here’s the complete list:
DAY 3
On the third day of his visit to China, Prime Minister Narendra Modi met CEOs of top Chinese companies in Shanghai. Taking ties to a new level, 21 Memorandum of Understandings were signed between Indian and Chinese companies.

Modi who interacted with CEOs of 22 companies, invited them to participate in his ‘Make in India’ campaign and listed the 5F formula. He said, “I have come to say to you Make in India. The 5F Formula – From Farm to Fibre to Fabric to Fashion to Foreign! India and China can together give something to the world.”
In a major takeaway, Bharti enterprises and IL&FS signed deals worth $2.5 billion and $3 billion respectively. 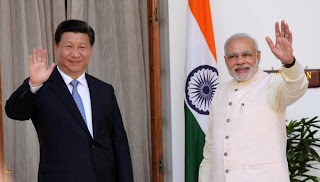 In the three days that Prime Minister Narendra Modi has been in China, he has announced a slew of bilateral agreements — ranging from finding a political solution to the border issue, to strengthening cultural ties. We hope that this visit to one of the most powerful country in the world will be fruitful in both political and friendly manner.