Whether you are planning school education (nursery to standard XII) of your child, pursuing a graduate or post-graduate degree, this bank can help finance your ambitions and goals—An advertisement by a bank.


These questions are based on the information given above and the sentences labelled A, B, C, D, E and F are given below-
(A) In lack of resources, people go to banks for loans.
(B) Educational loans are one of most popular financial dealings done by banks.
(C) With the growing banking network in India and government’s programme of ‘financial inclusion’ has ensured that even the poor educate their words and pursue higher education.
(D) The presence of a large number of banks in India has created a cut-throat competition among various commercial banks and they are offering loans in niche areas with tempting incentives.

(E) Like ‘teasing rates’ in home loan sectors, these days banks offer education loans without making clear catches and later on impose exorbitant interest rates on the borrowers.
(F) The advertisement will enamour those people who lack resources to pursue higher education and make available good education to their children.

1. Which of the following statements A, B, C, D, E and F can be assumed from the facts/information given in the statement? (An assumption is something supposed or taken for granted)
(A) Only A and F
(B) Only D
(C) Only B
(D) Only C and E
(E) None of these

6. Retailing in India is in the process of getting more organised and professional. Large retail formats, Hypermarkets, warehouse club and discount superstores are set to take over the retail scene. Medium-scale retail formats such as departmental stores and supermarket chains have already made an appearance and are slowly changing the face of retailing in the country.


Which of the following statements is an assumption implicit in the above proposition ? (An assumption is something supposed or taken for granted)
(A) With the appearance of large retails, local shopkeepers have been taken for granted and rendered jobless
(B) The large-scale and medium scale retailing is a new phenomenon in India
(C) The revolutionisation of retail sector in India has opened up huge phenomenon in India
(D) The consumer in India have been the main beneficiary of retail boom in India
(E) None of these

Directions : Read the following information carefully and answer the questions which follow.

Education is the most important investment one makes in life. Higher studies and specialization in certain fields call for additional financial support from time-to-time.

7. Which of the following can be inferred from the given information? (An inference is something that is not directly stated but can be inferred from the given information)
(A) People generally lack finances to pay for higher education
(B) The rich and wealthy sections of our society are unwilling to spend money on the education of their children
(C) Higher education requires higher amount of money than primary education
(D) Now-a-days even the poor and needy desire to educate their children
(E) None of these

8. Which of the following statements is an assumption implicit in the above given proposition? (An assumption is something supposed or taken for granted)
(A) Higher education need not much finances as it is subsidized by the government
(B) Education is one of the most essential parts of one’s life
(C) Education is mostly neglected in our society
(D) Specialization in education is most sought after thing today
(E) None of these 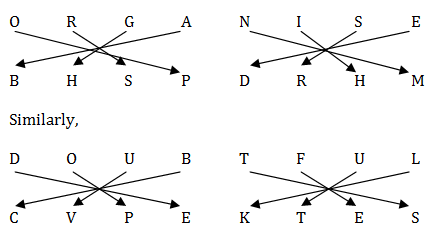